She often broke the big news story of the day for ABC.  Now, she is one of the big news stories of the day -- especially on ABC.  Television says "so long" to the retiring journalist who, herself, became as big a star as some of the Hollywood heavyweights she interviewed.  She asked the hard questions of top men who were world leaders.  She gave us The View, the female-driven daytime talk show on ABC.  The network finally got a hit in that time slot thanks to journalist and producer, Barbara Walters.  Make that journalist, producer, co-host.  (Remember the show that The View replaced?  Mike & Mady.  There's some TV trivia for you.)

Today, the word "trailblazer" is being attached to Barbara Walters.  Rightfully so. 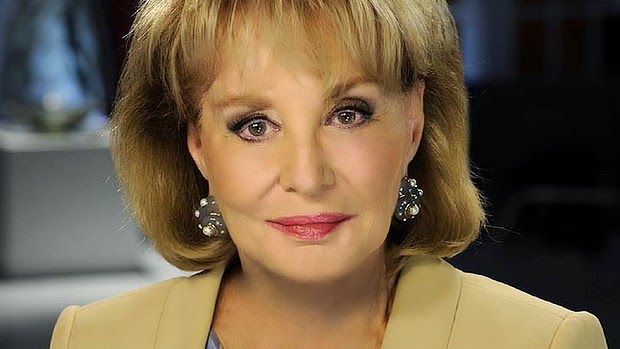 Of all three senior networks, ABC was the bravest one to step into the field of on-air diversity.  This was evident in the Barbara Walters years.  She was the first female co-host of NBC's Today Show. 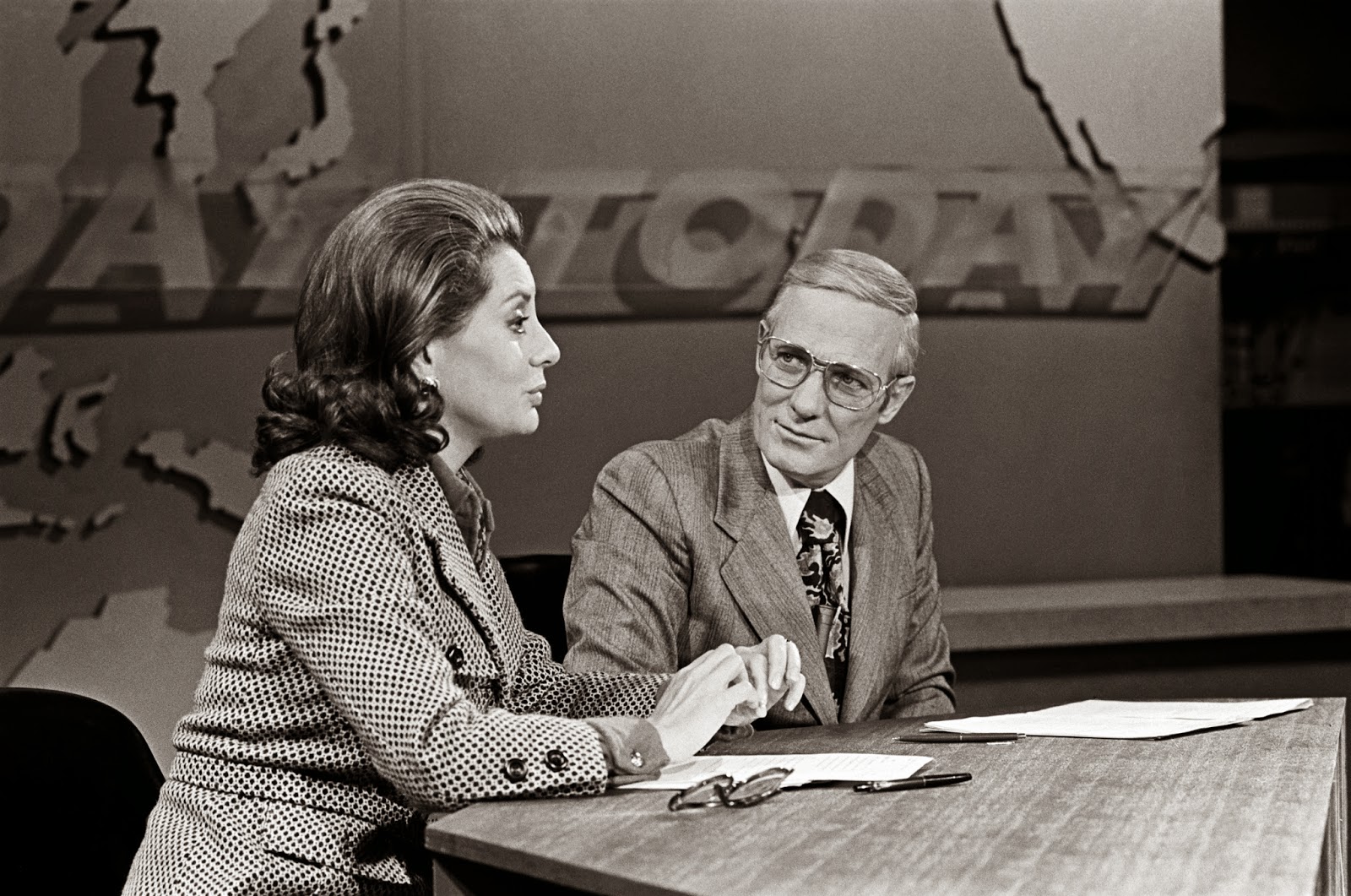 At that time, there were no black people in the Today on-air team.  Today premiered in 1952.  African-American talent came in years later.  Only two African-American talents.  From 1952 to 2002, in the morning news program's first 50 years, there were only two black contributors -- co-host/journalist Bryant Gumble, who joined in 1981, followed by weatherman Al Roker.  It's different now.  There are more black contributors.  But in its first half century, Today had only two.

Walters went over to ABC.  There, she became the first female ever to anchor a network evening newscast.  Just like the stories she reported, her new position was big news. 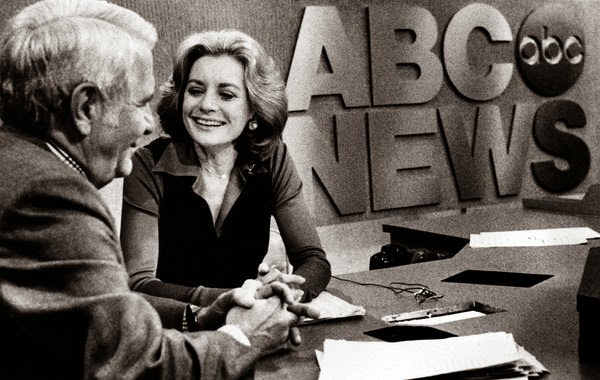 ABC had the most sexually and racially diverse team in network evening news.  This was the late 1970s and early 80s.
Barbara Walters was there with the late Max Robinson, the first African-American journalist to anchor a network evening newscast.  He anchored on ABC through the early 1980s.  Robinson, a fellow trailblazer, died at age 49 in 1988.  No African-American has been appointed anchor of an ABC, NBC or CBS evening newscast since Robinson. 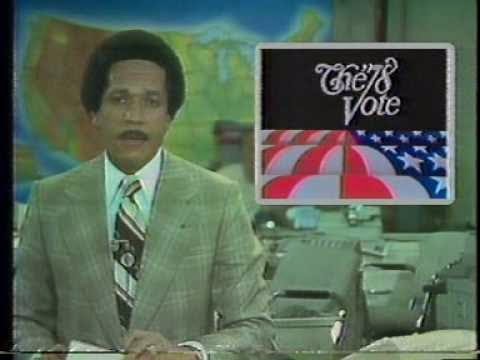 I've never met Barbara Walters in person.  We interviewed her via satellite for Milwaukee's ABC affiliate, WISN, in 1984.  I'd made a couple of breakthroughs in that market, I'm proud to say.  I was the first black person seen on Milwaukee TV as a weekly film critic and celebrity interviewer.  That was for WISN's edition of PM Magazine.  Mr. Robinson was one of the people I interviewed.  Later, I was co-host of a live hour-long afternoon show with a studio audience.  An interracial team co-hosting a live weekday show with contests, big name guests and an audience.  This was a first for Milwaukee. 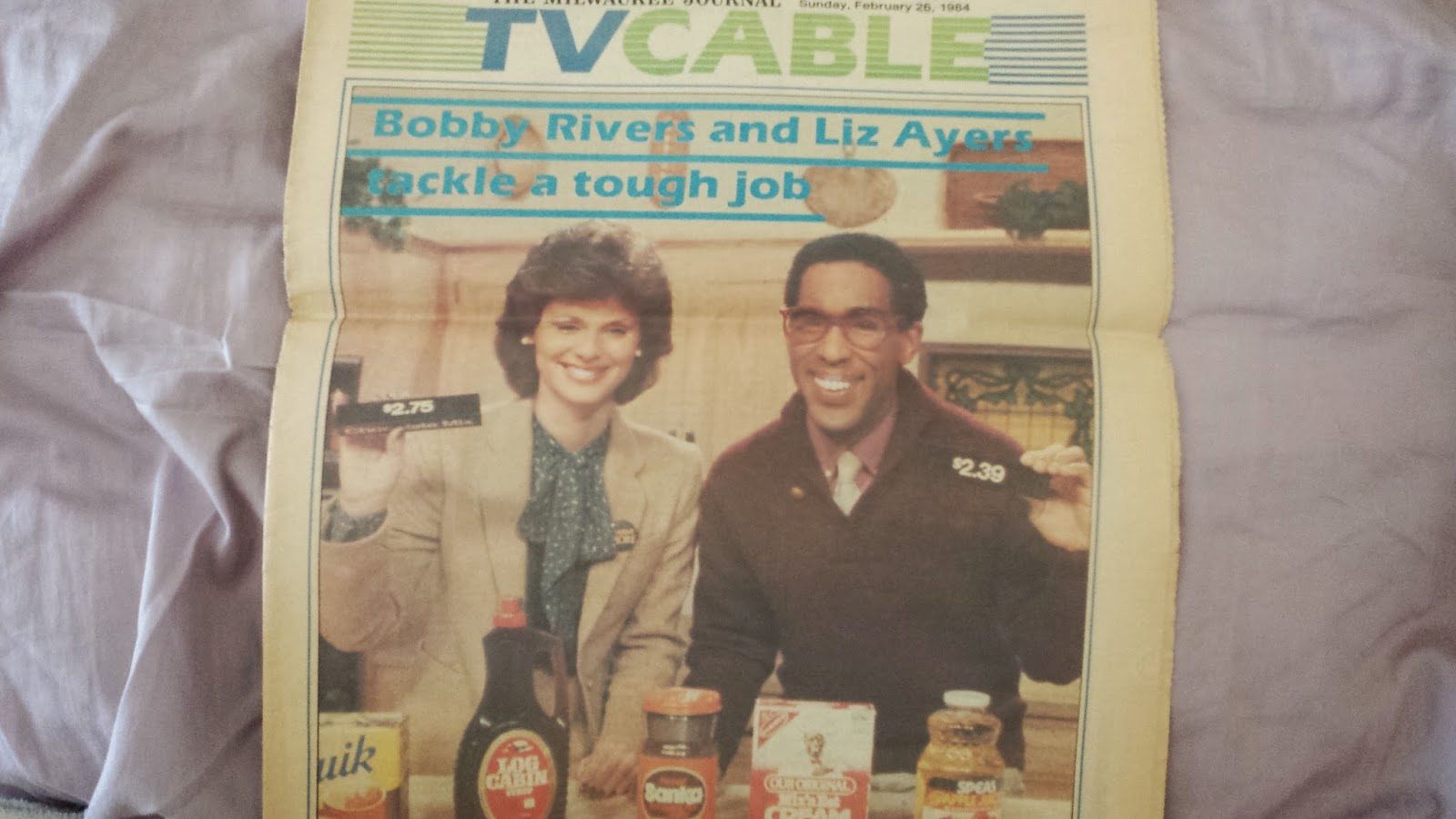 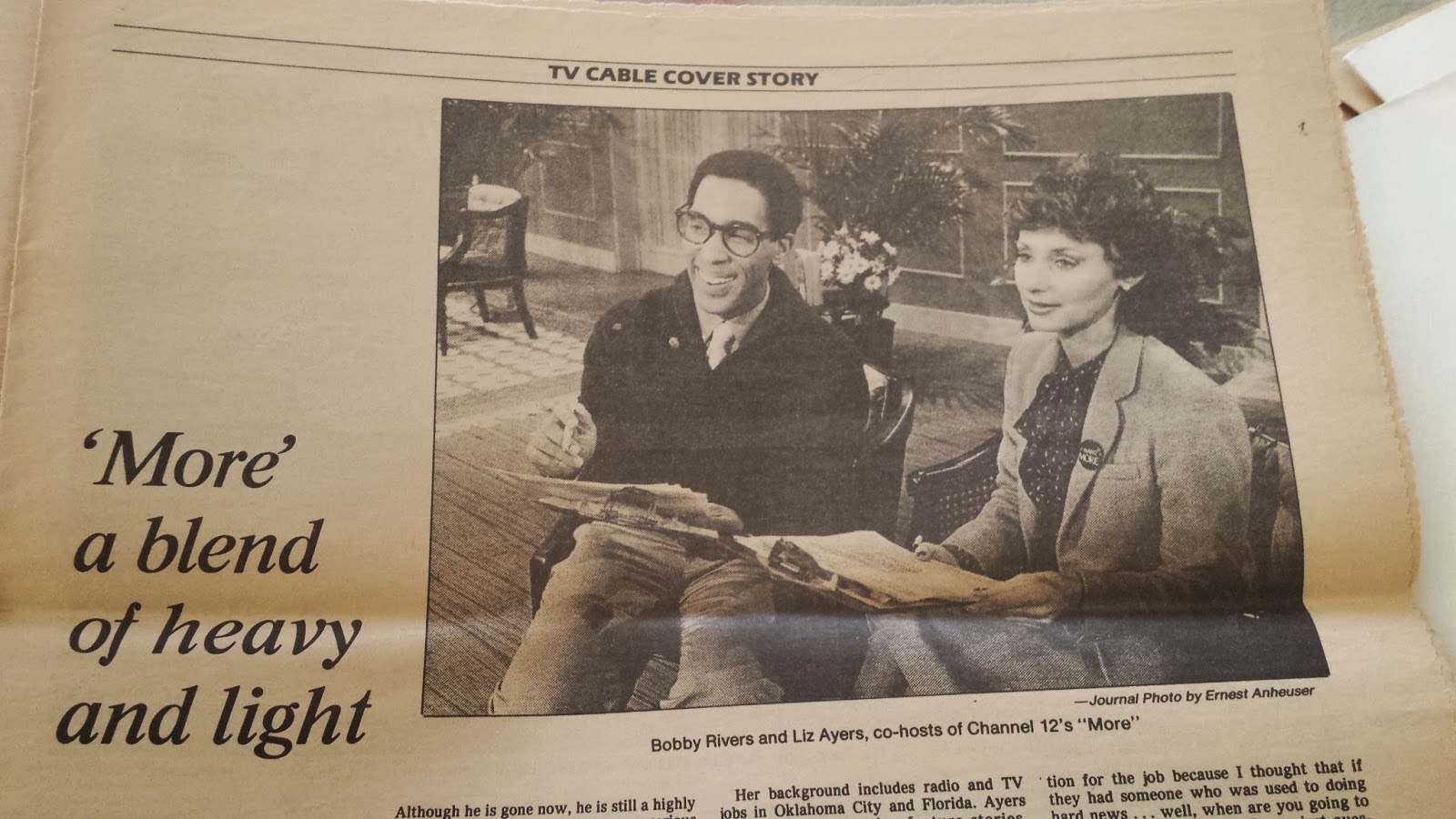 On those two shows, I'd worked with female producers, both Caucasian, who were terrifically talented and great bosses.  They inspired creativity.  They were great to grab a quick beer with and laugh after work.  They improved my skills.  They also taught me, as I watched them at work, that white women and black men needed to team up to shatter the glass ceiling.  The first woman, the PM Magazine associate producer, should have been promoted to executive producer but wasn't.  Other fellows on our production crew and I were slackjawed when management passed her over and gave the job to a new guy who did half the work she did but made more money.  What a lesson that was for me to see.  I had experienced and would continue to experience the color barrier in broadcast TV hiring.  Working with talented, creative women helped me realize that they and I both wanted the same things -- equal opportunities and equal pay, which we didn't always get.  The Barbara Walters breakthroughs and work were significant to me too.  They helped.

For More, the name of the new live afternoon show I did on WISN TV in 1984, my co-host and I had an interview with Barbara Walters to promote her ABC work.  Her specials were must-see TV.  Especially her Oscar night specials.  She'd recently interviewed movie legend Katharine Hepburn and asked her "If you were a tree, what kind of tree would you be?"  It was a follow-up question. 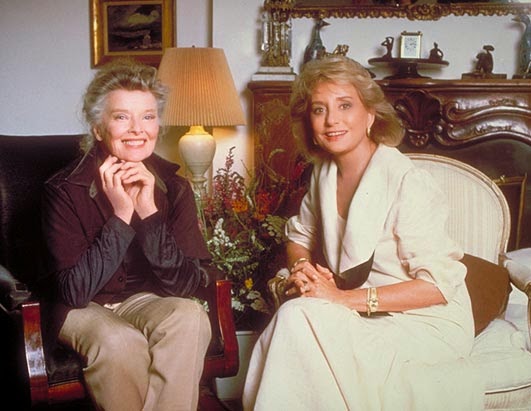 Walters got lots of joshing on morning radio for that question.

My co-host was thanking Walters profusely for being such a pioneer for women in broadcasting.  Heck, I felt she was a pioneer for minorities too.  Let's face it.  Women and minorities were treated like second class citizens in America.  That's why we needed the Civil Rights and feminist movements.  I'd read Barbara Walters' book. 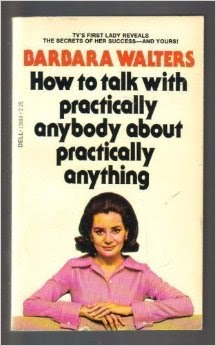 I'm not a hardcore news journalist.  I'm more an entertainer.  But I am serious about my interviews and about getting fresh stuff out of the folks I interview.  Early in my professional TV career, one that started at that Milwaukee station, reading her book gave me valuable tips for interviewing.

On WISN TV, I asked Barbara Walters "If you were a tree..."  She broke in with "Oooh!" We all laughed.  She revealed she'd gotten so much teasing about that question, then she energetically and sweetly defended herself by telling us why she asked it and why she didn't regret asking it.

It was exactly the kind of response I was hoping to get.  I was proud I got such a fun rise out of her.

ABC News had wonderful tributes to Peter Jennings when he passed away.  ABC today and tonight will have fabulous, festive farewells to Barbara Walters.  In her book, How To Talk With Practically Anybody About Anything, Walters wrote that one of the best questions you can ask is a simple one:  "Why?"  Her tips came in handy when I started my New York TV career the next year.

The late Max Robinson, who was also a trailblazer, seems to have been forgotten.  He founded the National Association for Black Journalists.  ABC has not highlighted his groundbreaking legacy the way it honored the late Peter Jennings and the way it's doing now for the retiring Barbara Walters.  Max Robinson's work is in the ABC archives.  It's not brought out so we can recall his history in broadcasting.

Thank you, Barbara Walters.  You are indeed a trailblazer and an inspiration.  And not just for women. 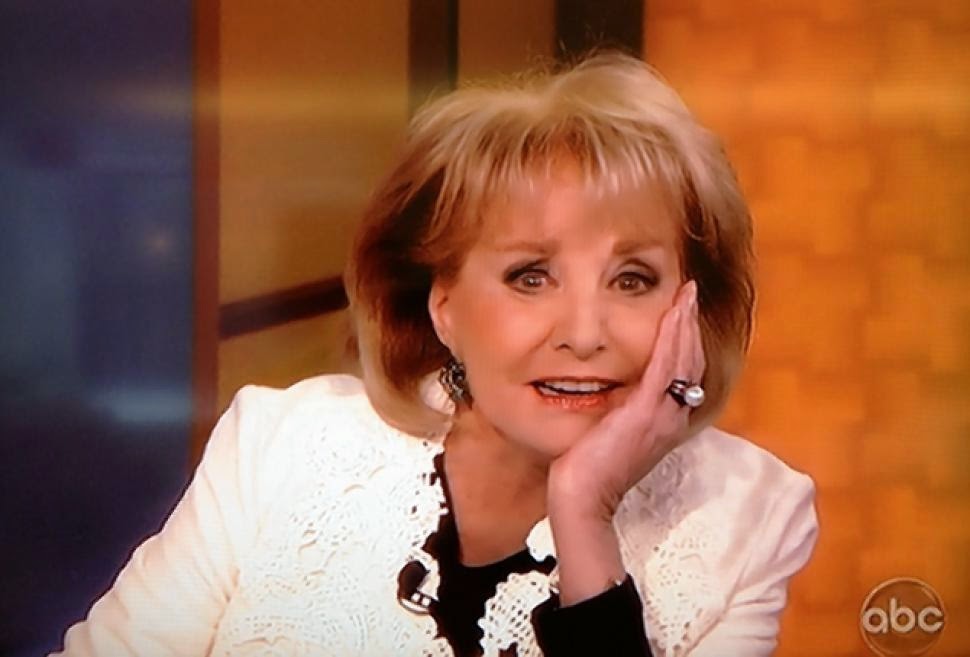 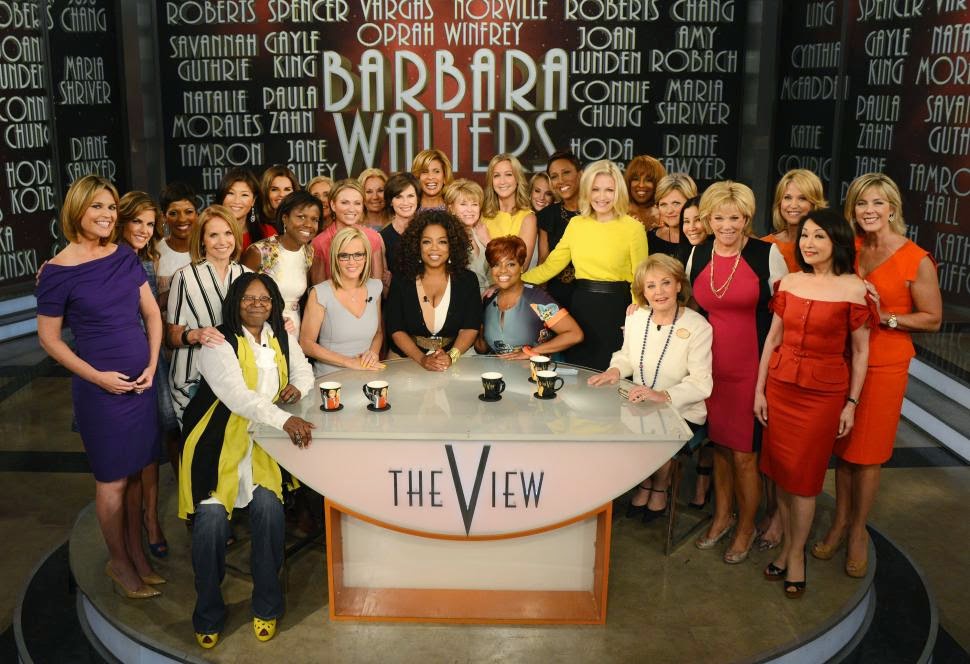