A longtime friend introduced me to this major Broadway and film talent a few years ago when I was invited to the opening night of Chita Rivera's one-woman Broadway show.  Yes, I'm dropping names, but it'll give you a sense of this Broadway/film talent's history. 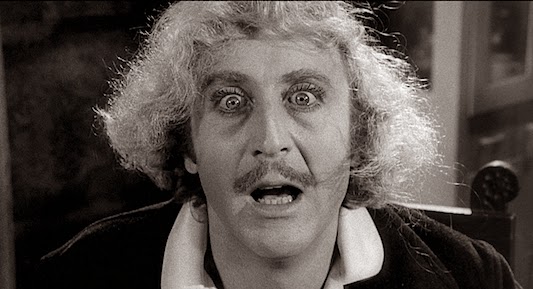 Mel Brooks gave us two comedies in 1974. Both were big hits at the box office.  One was Blazing Saddles.  The other was Young Frankenstein co-starring Teri Garr, Madeline Kahn, Marty Feldman and, as The Monster, Peter Boyle. 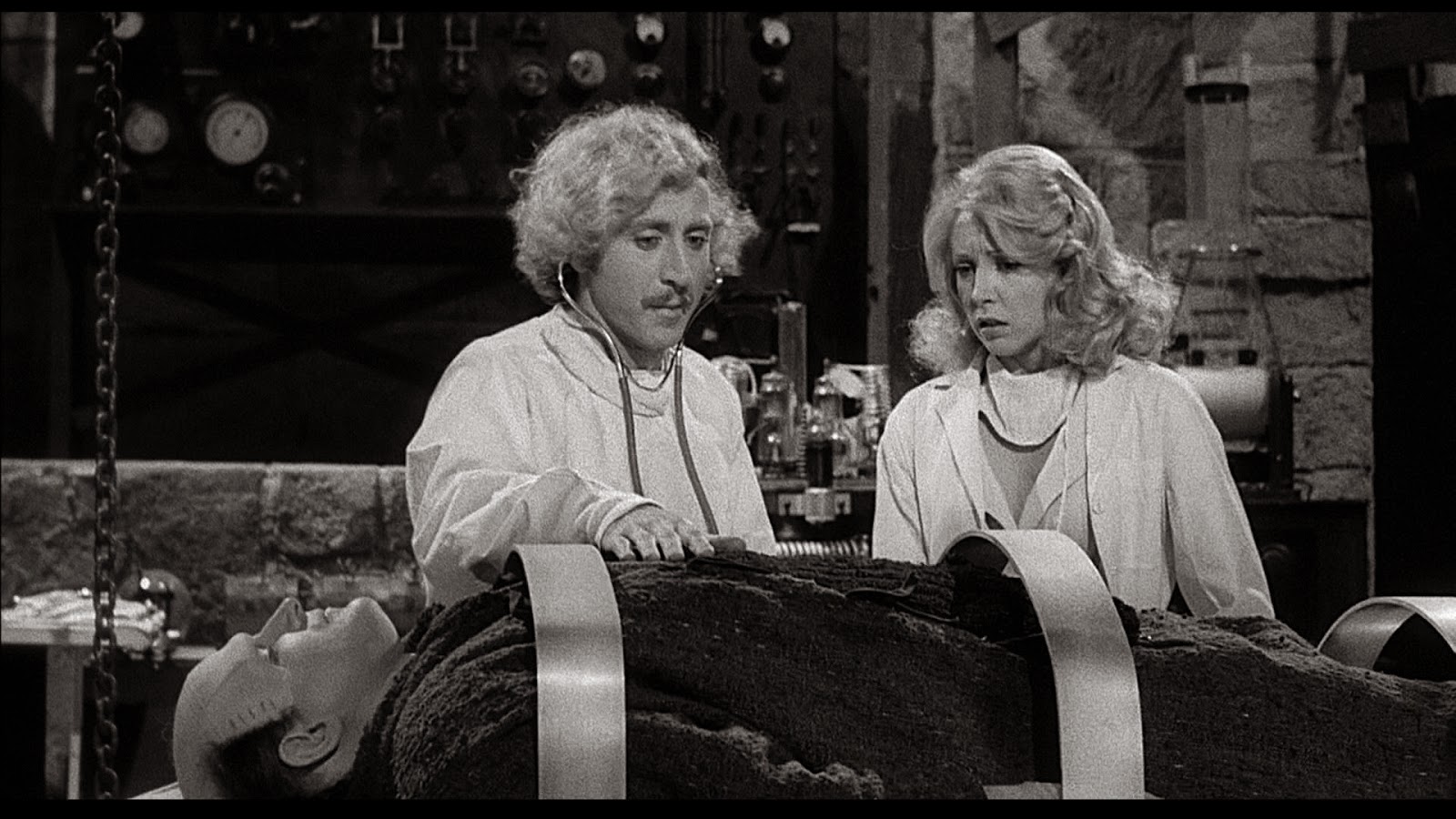 You may not know the name Alan Johnson, but he's been a major contributor to some of the best sections of classic and Oscar-winning Mel Brooks comedies.  Alan Johnson choreographed the "Puttin' on the Ritz" number in Young Frankenstein. 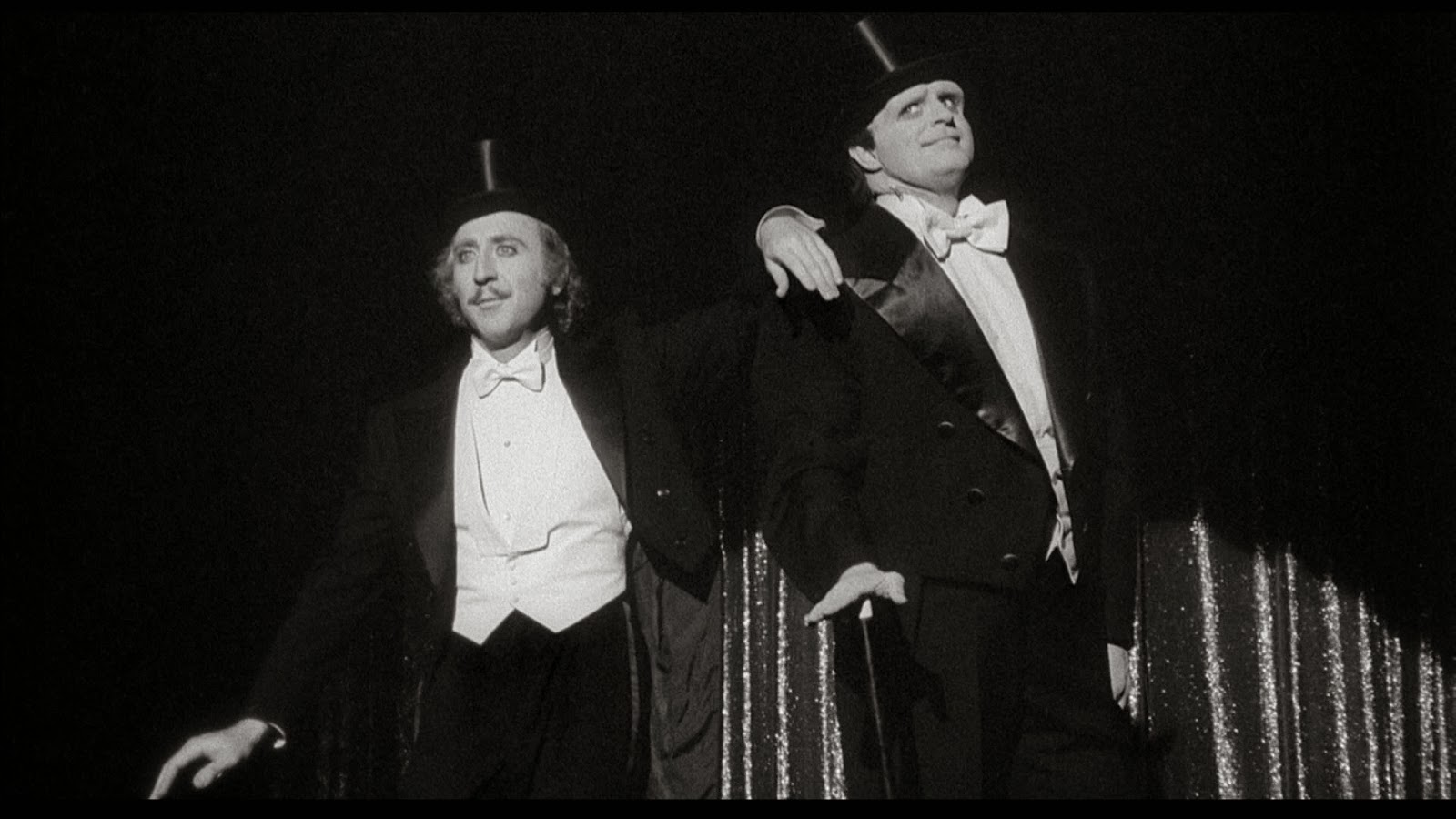 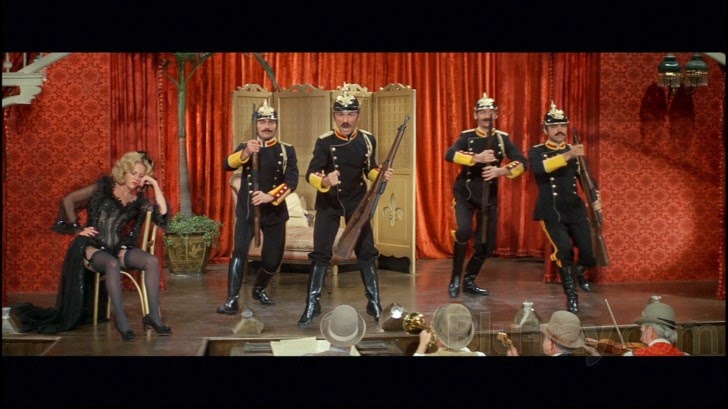 He also choreographed the brilliantly tasteless "Springtime for Hitler" number in The Producers, the comedy that brought Mel Brooks the Oscar for Best Original Screenplay of 1968. 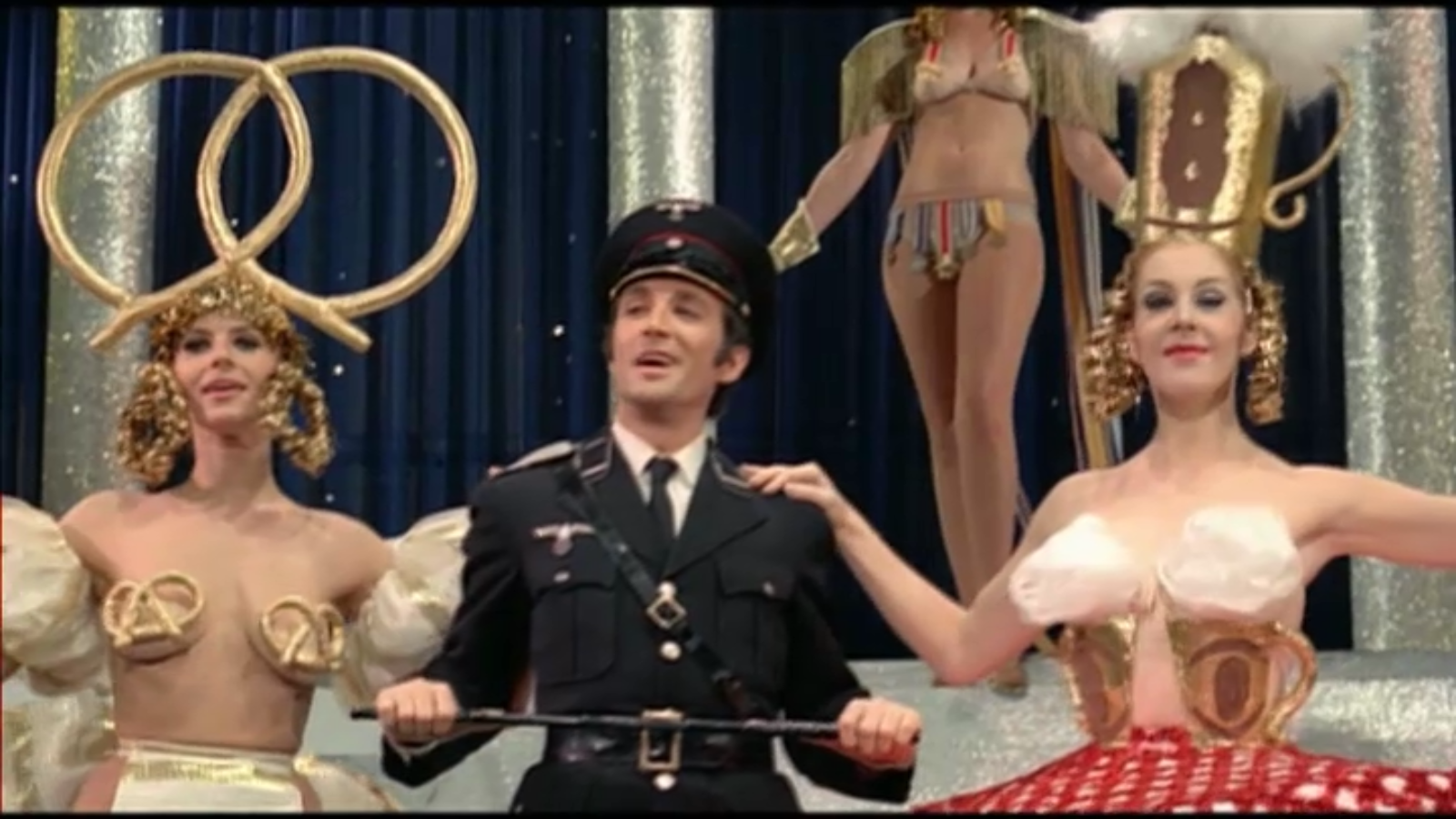 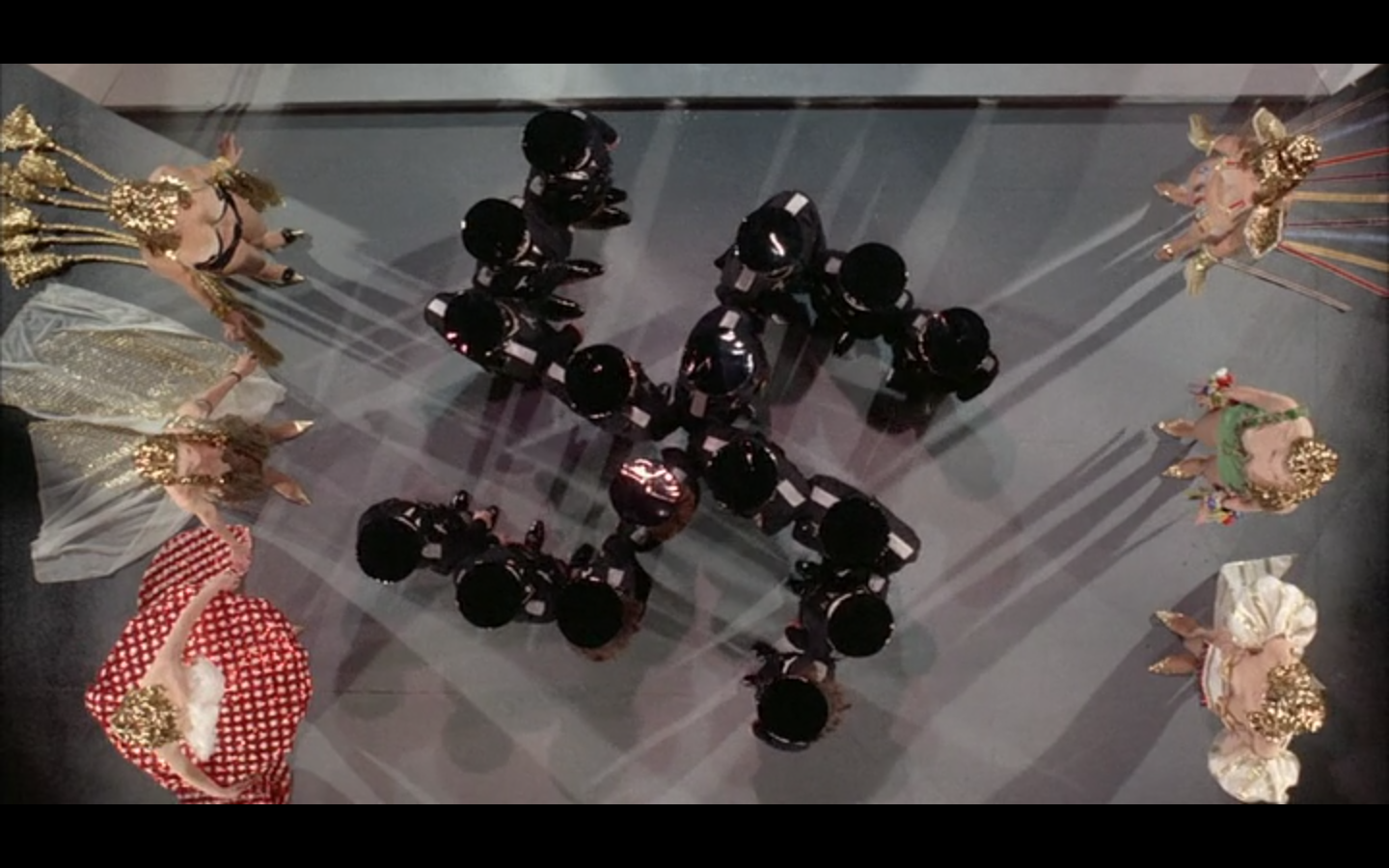 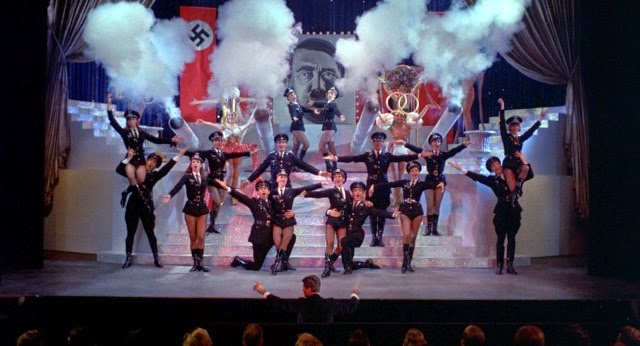 My friend, Mark Hummel, was musical director for Chita Rivera's one-woman Broadway show.  For the opening night, I was at an after-party table with Harvey Evans, a longtime friend of Chita's.  They were in the original Broadway production of West Side Story.  Harvey repeated his role as one of the Jets in the acclaimed film version, Oscar winner for Best Picture of 1961, and he was a dapper Central Park senior citizen who danced behind Amy Adams in the musical comedy, Enchanted (2007).  Harvey is in the big "That's How You Know" number.  That original Enchanted tune was an Oscar nominee for Best Song.  My friend Mark, Chita Rivera and Harvey Evans are three of the friendliest, coolest, most talented and most gracious theater people I've ever had the privilege and good fortune to meet.  Add Alan Johnson to that list.  He was at our table too.  Mark introduced me.  Here's Alan is on the right in a photo with a fan. 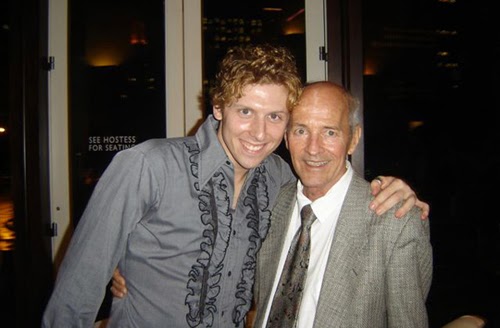 Those Mel Brooks movie numbers are just a few of his credits.  Broadway and TV people know his extraordinary talents.  Johnson restaged the original Jerome Robbins choreography for domestic and international productions of West Side Story.  His choreography for television brought him three Emmy Awards.  Alan Johnson directed Charles Durning to an Oscar nomination for Best Supporting Actor of 1983.  He directed the remake of To Be or Not To Be starring Mel Brooks and his wife, Anne Bancroft.  This remake was a Mel Brooks production. 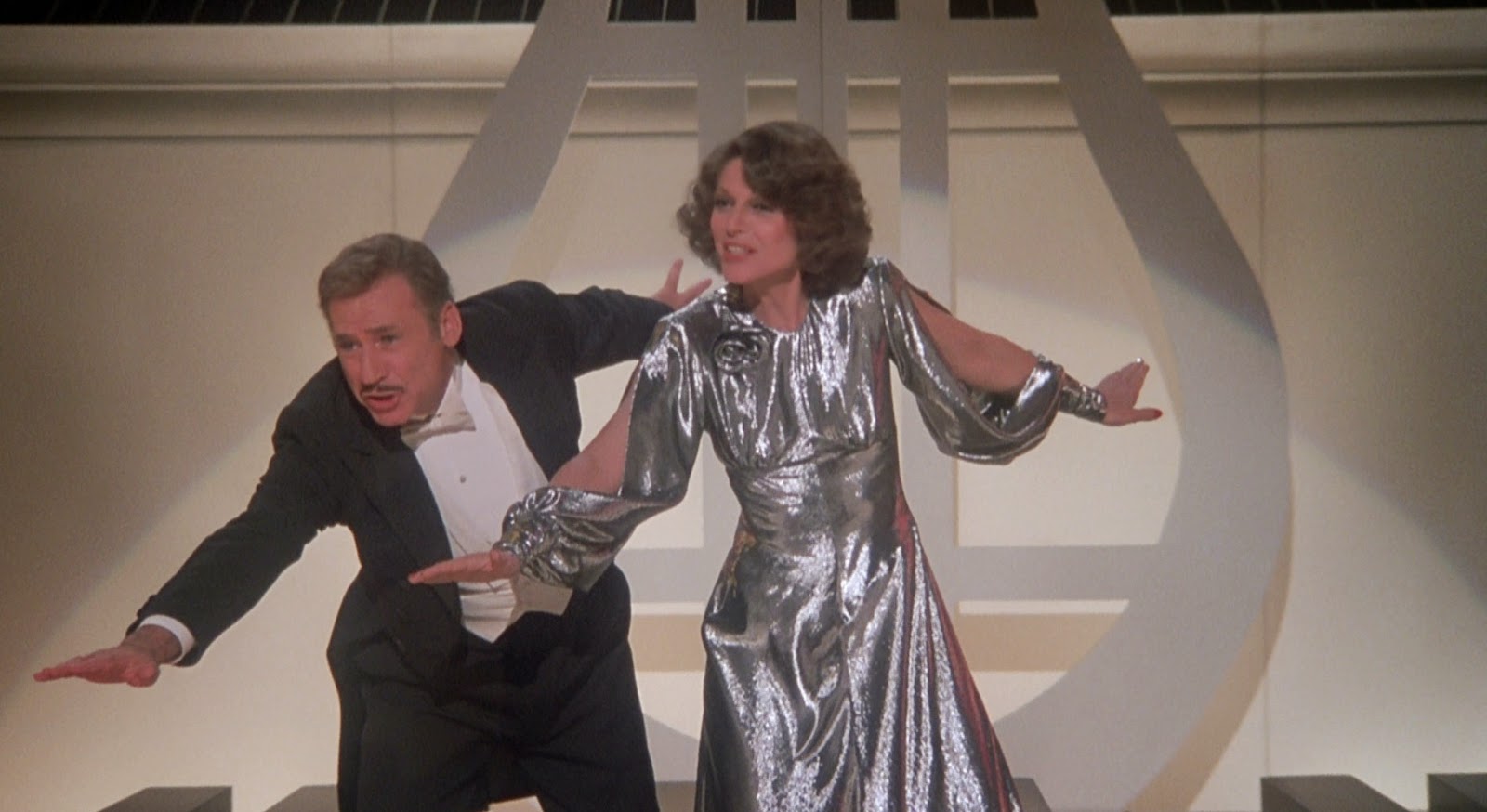 Ernst Lubitsch directed the original version starring Jack Benny and Carole Lombard.  It's a comedy classic that obviously had a huge impact on young Mel Brooks.  The "Heil myself" bit that he used in The Producers, with an actor playing Hitler, came from this Lubitsch comedy. 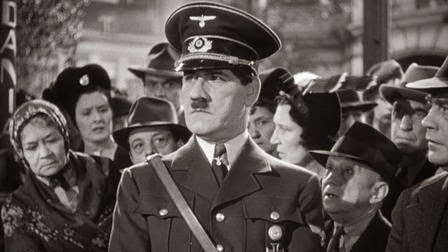 In the 1942 film, a troupe of Polish actors is in Warsaw, a city now occupied by Nazis.  Jack Benny and Carole Lombard played the stars of the troupe.  He's an actor who really puts the "ham" in Hamlet.  She's the glamorous talented actress.  They and another members of the company join forces to outwit the deadly Nazis.  The troupe members are armed with their acting skills...and Shakespeare.  What a great film.  What a statement on the power of the arts in the face of bigotry. 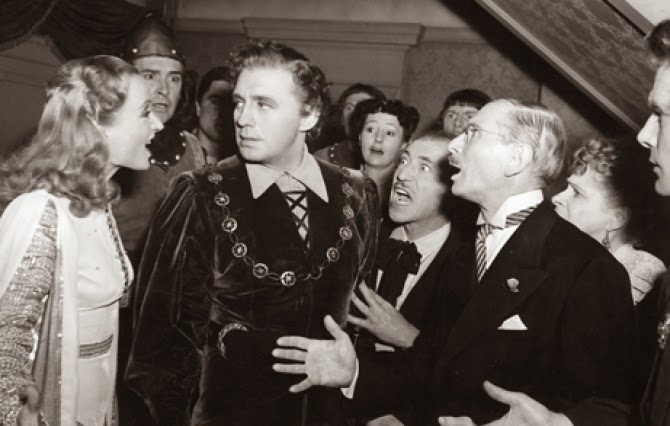 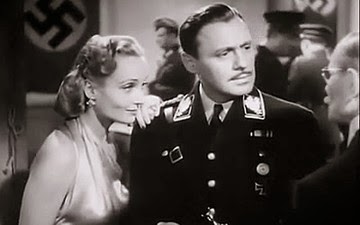 In the remake, Mel plays the ham actor who has to pull a fast one on a somewhat gullible Nazi, played by Charles Durning. 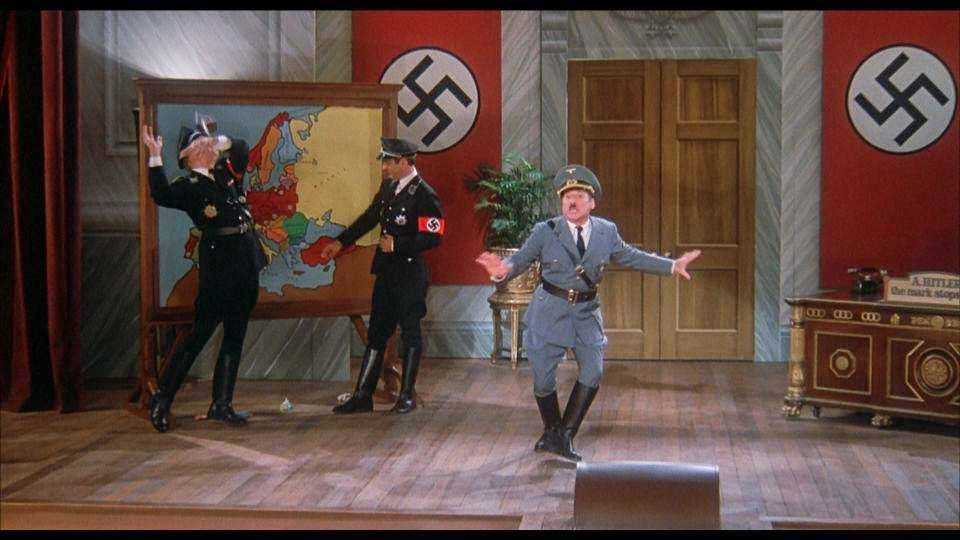 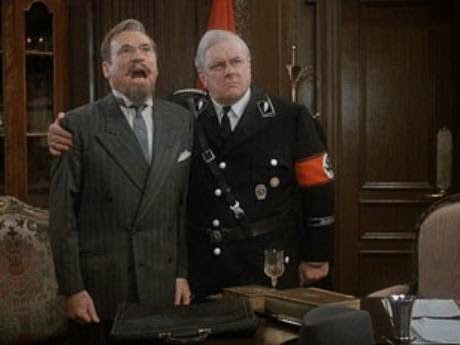 The Mel Brooks choreographer and To Be or Not To Be remake director lives in Southern California.  For Blazing Saddles, he also choreographed "The French Mistake," an all-male musical number in a movie being directed by the temperamental Buddy Bizarre (played by Dom DeLuise.)

You can see Alan in that scene.  Right before the big soundstage fight with the bully cowboys breaks out, he's the chorus dancer who shouts "They've hit Buddy!  Come on, girls!"

There you have it -- information about Mel Brooks' big Johnson.  Alan Johnson.  He gave millions of us lots of movie laughs since 1968.  And we usually didn't see his face.