I'm always hooked by an Edward Arnold performance.  Especially in his 1930s to early 1940s film years.  He was burly, suave, versatile, and had a rich, baritone voice.  For a big man, he moved gracefully.  And what a fine character actor Arnold was.  He could be a political menace in Mr. Smith Goes to Washington and Meet John Doe.  He could break your heart with his character's greed and self-deception as he did in Come and Get It co-starring Frances Farmer (the actress portrayed by Jessica Lange in a 1980s biopic).  He could be the ramrod straight respectable citizen in Johnny Eager and The Devil and Daniel Webster.  He could do screwball comedy, as he did opposite Jean Arthur in Easy Living.  He could hold his own in comedies such as  I'm No Angel starring Mae West, Nothing But the Truth starring Bob Hope and the 1940s Washington, DC housing shortage comedy, Standing Room Only, starring Fred MacMurray and Paulette Goddard.  For MGM, he did sketch comedy in the all-star revue, Ziegfeld Follies, and played Pawnee Bill in the colorful 1950 hit film version of Annie Get Your Gun starring Betty Hutton.   I love the intelligent gravity and skillful economy of his acting.  Like Spencer Tracy, he was a master at underplaying a scene for major impact. He didn't need to get showy and chew up the scenery.  He brought you into the character's heart and soul to see the light and dark.  Especially in the dramas. 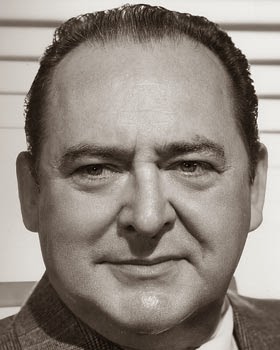 He's one of those 1930s actors who seemed to have a true rapport with Jean Arthur.  He played the dark political force she helps to expose in 1939's Mr. Smith Goes to Washington, he was her future father-in-law in You Can't Take It With You (Oscar winner, Best Picture of 1938) and the Wall Street millionaire who winds up in a madcap friendship with a poor secretary in 1937's Easy Living.  That's the one where he's a husband so exasperated with his wife's extravagant spending that he blows his top, takes her new mink coat and throws it off the roof of their penthouse residence.  The coat drifts down and lands on the head of the broke secretary played by Jean Arthur as she rides a New York City bus on her way to work. 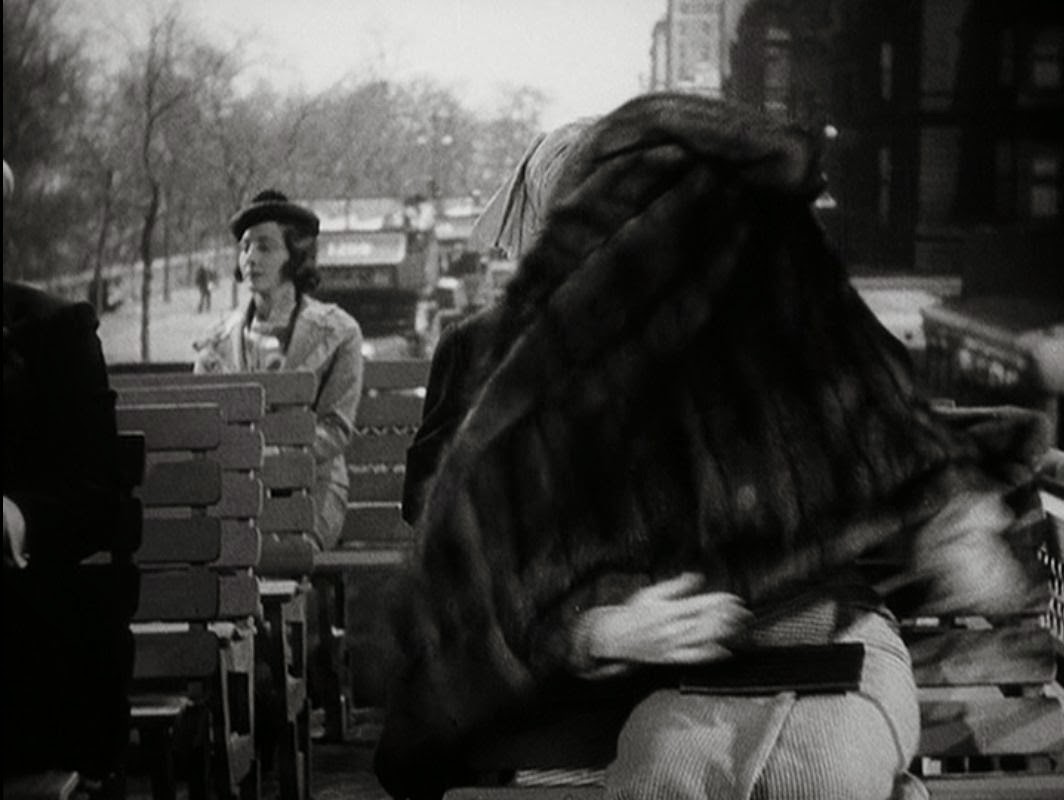 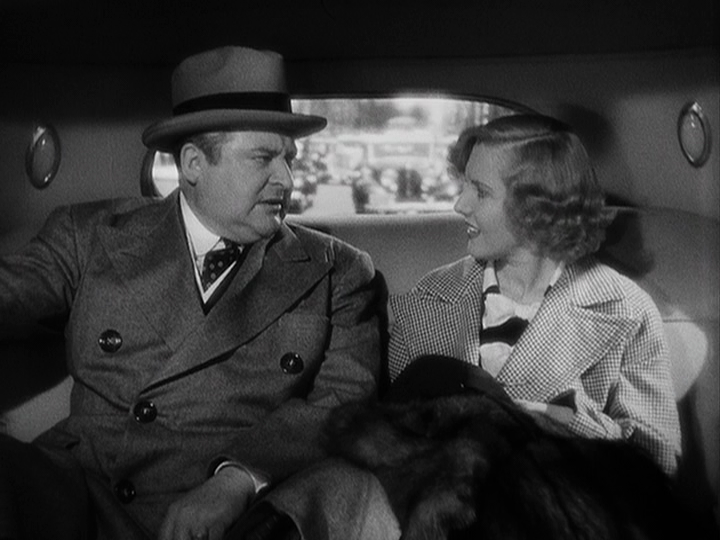 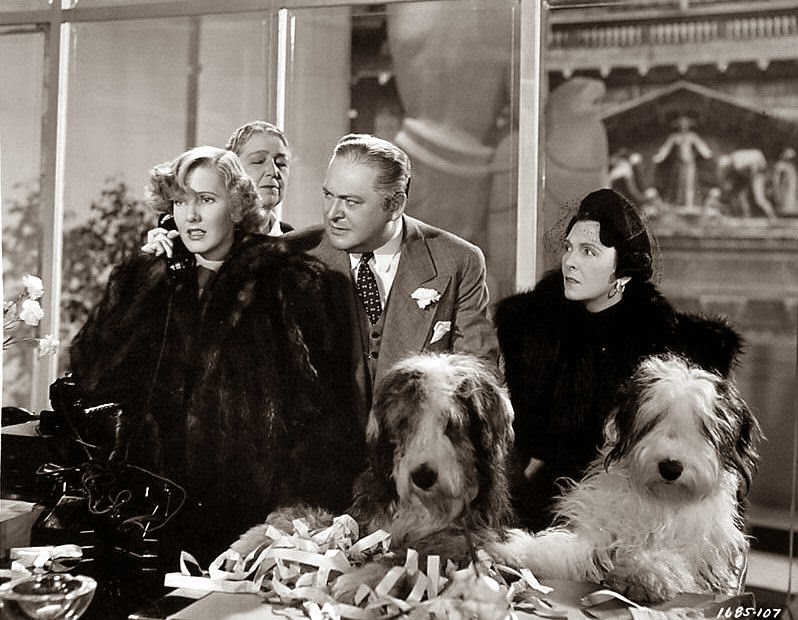 She's determined to return the mink to its rightful owner.  It's a Cinderella story and the Wall Street tycoon is the father of the prince-type (played by Ray Milland) who falls for her. 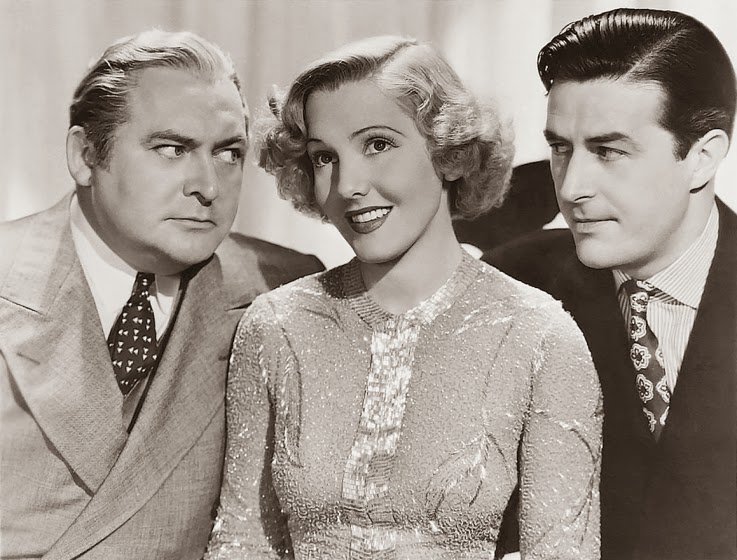 Preston Sturges did that screwball comedy screenplay.  He co-wrote an earlier one that starred Edward Arnold and Jean Arthur.  Arthur starred as Arnold's romantic interest.  It was the 1935 drama biopic that made him a star.  He played the truly larger than life railroad millionaire James Buchanan Brady in Diamond Jim.  It's not a great film but it's a very entertaining and interestinging one.  Arnold's performance as  extravagant "Diamond Jim" is a stand-out.  He was born to play that movie character.  The role fit him like a diamond-studded velvet glove. 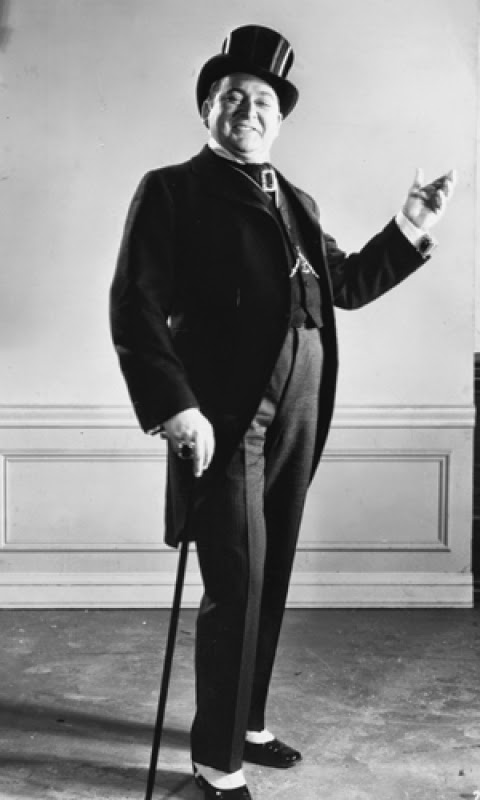 I wish this film was restored, remastered, put on DVD and presented on TCM.  Jean Arthur has a dual role in Diamond Jim. 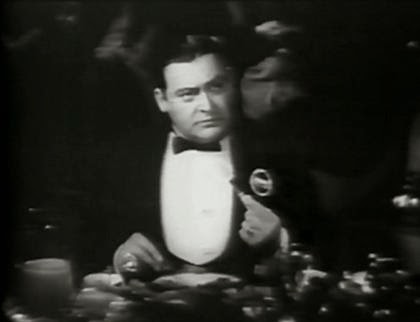 "Diamond Jim" Brady lives large.  He's known for his astounding appetite for food.  You see Jim Brady at the theatre.  He's in one seat.  There's a service of food on the seat next to him that he's eating during the show.  He's got a large need for love.  One of the interesting things about Arnold's performance as that he lets us figure out that this magnetic alpha male seems to eat to fill the hole in his heart.  With all the diamonds he gives as gifts, love is not a gift he frequently gets in return. 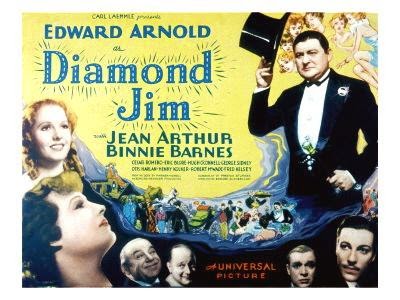 Arnold was in his mid 40s when Universal released this feature.  I saw this movie a few years ago and was wowed by Arnold's performance.  The two characters Jean Arthur plays in this drama come before the two characters Frances Farmer will play opposite Arnold in 1936's Come and Get It.  (If the troubled and talented Frances Farmer had ever received an Oscar nomination in her pitifully short A-list film career, it should've been for Come and Get It.) 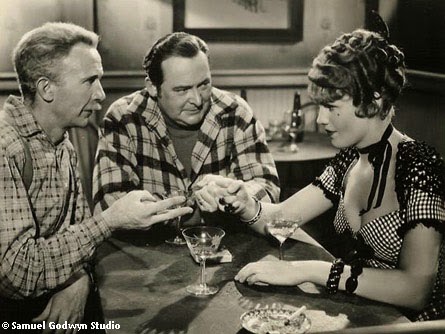 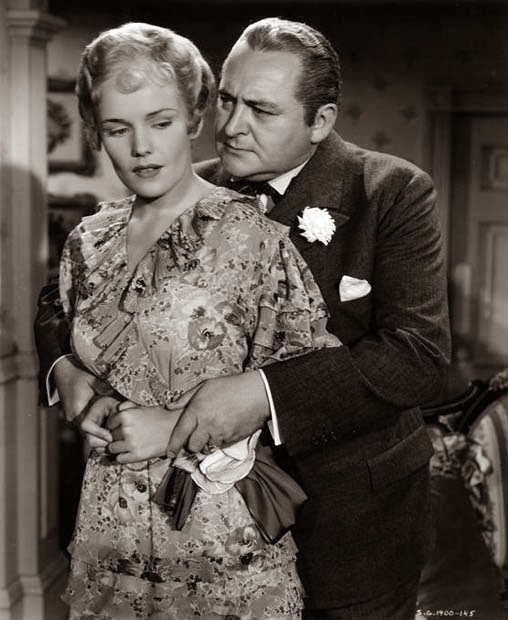 Come and Get It has another must-see Edward Arnold performance.

If you ever come across the little-seen 1935 Diamond Jim in a video store or see that it's in a revival film theater series, check it out.  See the movie that made this full-figured actor a big movie star.  Like Edward G. Robinson and Joel McCrea, he's one of those classic Hollywood film stars that you just assume was nominated for an Oscar in his film career.  But he never was.  Edward Arnold gives a rich performance as Diamond Jim. 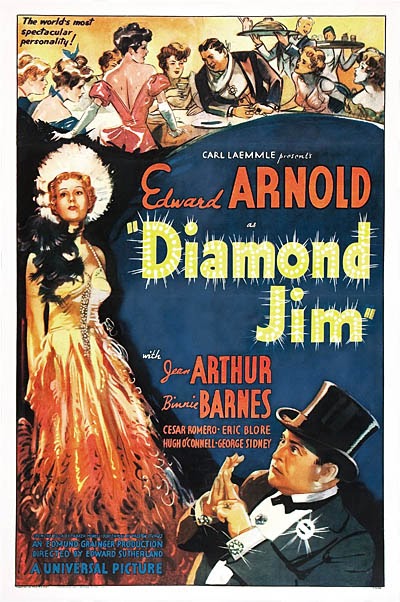 He reprised his signature character for the 1940 biopic, Lillian Russell, starring Alice Faye. 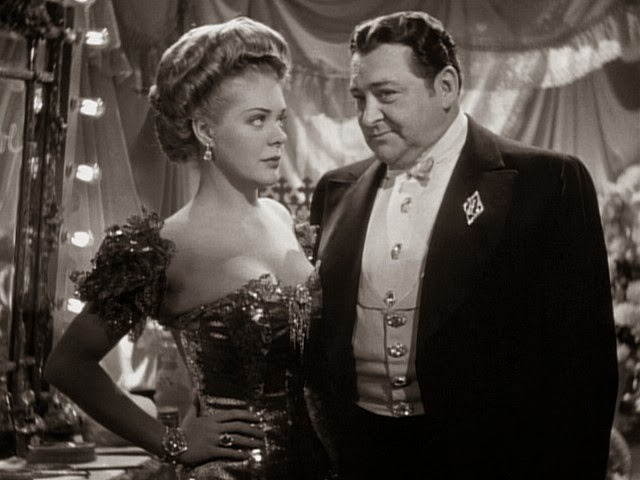