This year, I got fascinated with the  movie talent of actor George O'Brien.  In college, when I took film courses, I saw his performance in F. W. Murnau's silent 1927 classic, Sunrise: A Song of Two Humans.  Now that classic films have been restored, remastered and put on DVD, I love Sunrise even more.  Janet Gaynor starred as the timid and sweet country wife.  O'Brien starred as the loving country husband who's being led astray by the town slut.  For quite a long time, I was really only aware of that George O'Brien lead performance.  And it's an excellent one.  A star in the silent era, he was one talented hunk o' man.  If he was being played today in a biopic, as I wrote in an earlier blog post, he should be played by Jon Hamm.  There's a slight resemblance. 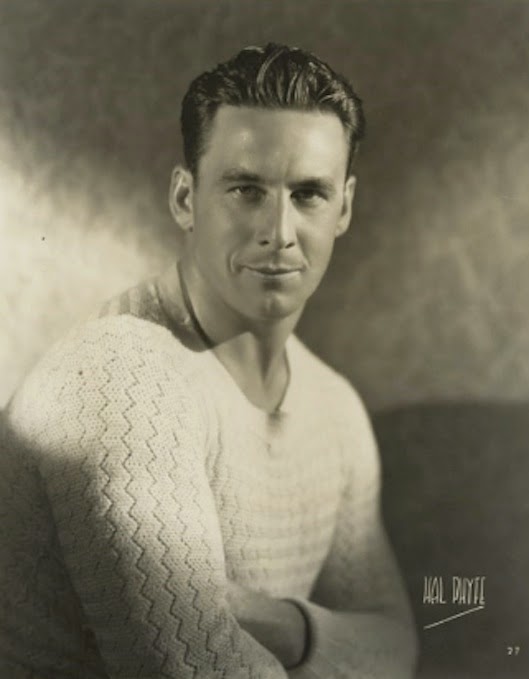 The first Oscars awarded were for film released in 1927-28.  Janet Gaynor was voted Best Actress for performances in three silent films.  One of them was Sunrise.  O'Brien was not a Best Actor nominee.  But, seeing the film today, I'm sure I'm not the only one who feels that he should have been. 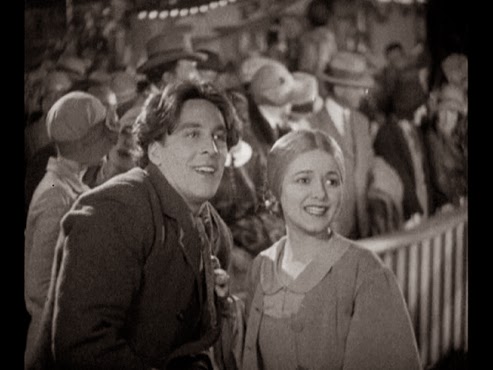 George O'Brien was a big, brawny athlete who moved very well.  He was fresh out of World War I and got Hollywood employment as a stuntman.  He got upgraded and proved to be a natural actor.  Also, he seemed to have an instinct for inspired physicality in his character roles.  He didn't just coast on his handsome face.  When his husband character in Sunrise is under the spell of the town tramp, he almost moves like Frankenstein's monster in a hypnotic trance.  The husband has changed.  His wife is scared. 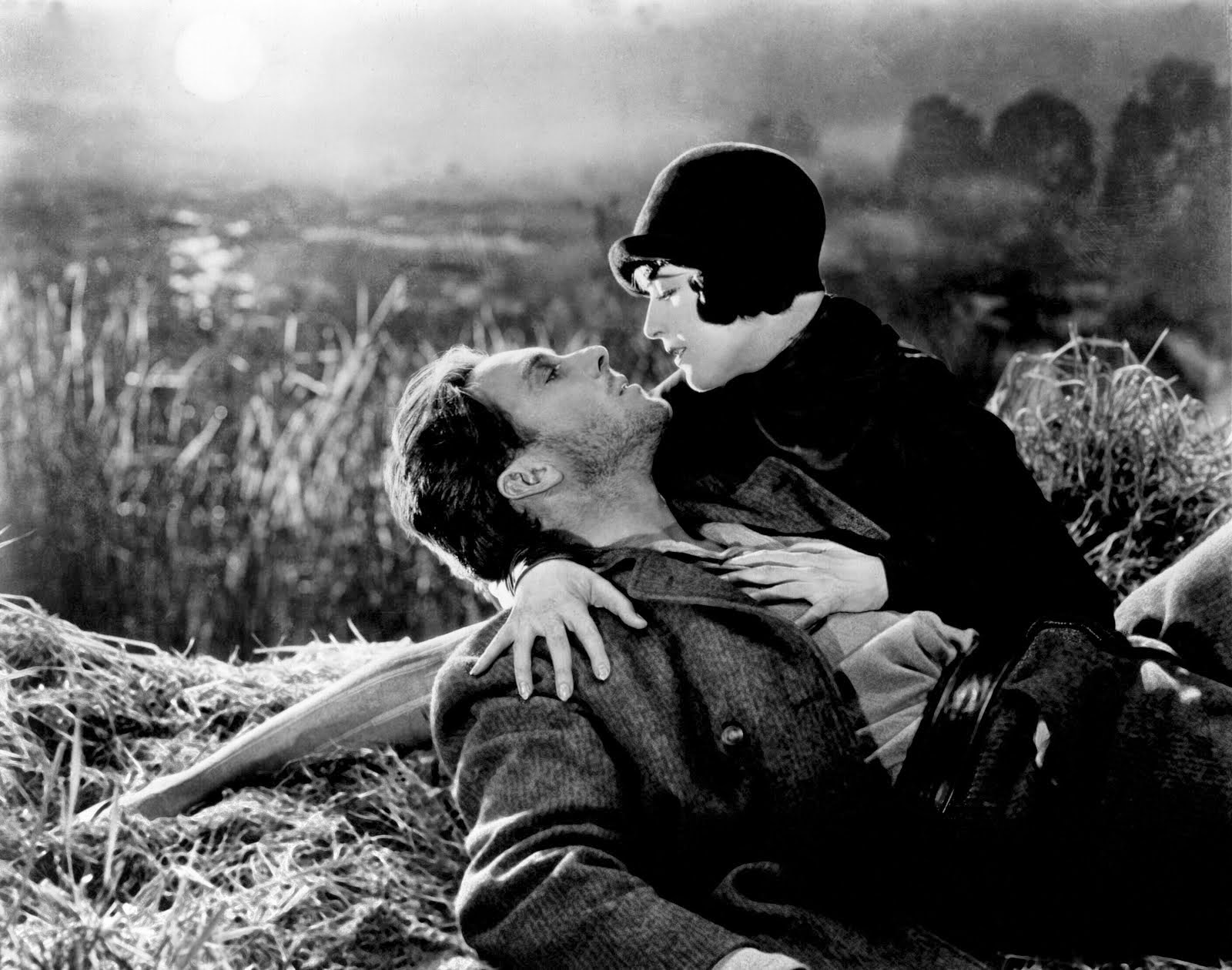 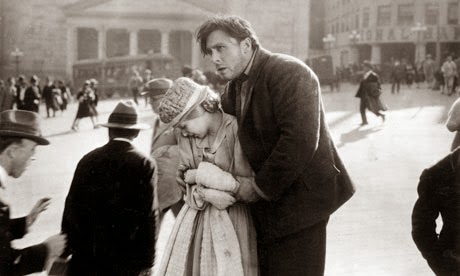 I've watched a few other films of his from the silent era.  Wow.  He could go from action movie to costume drama to screwball comedy with impressive ease.  He truly was versatile.  With looks, talent and charisma, George O'Brien was the complete package. 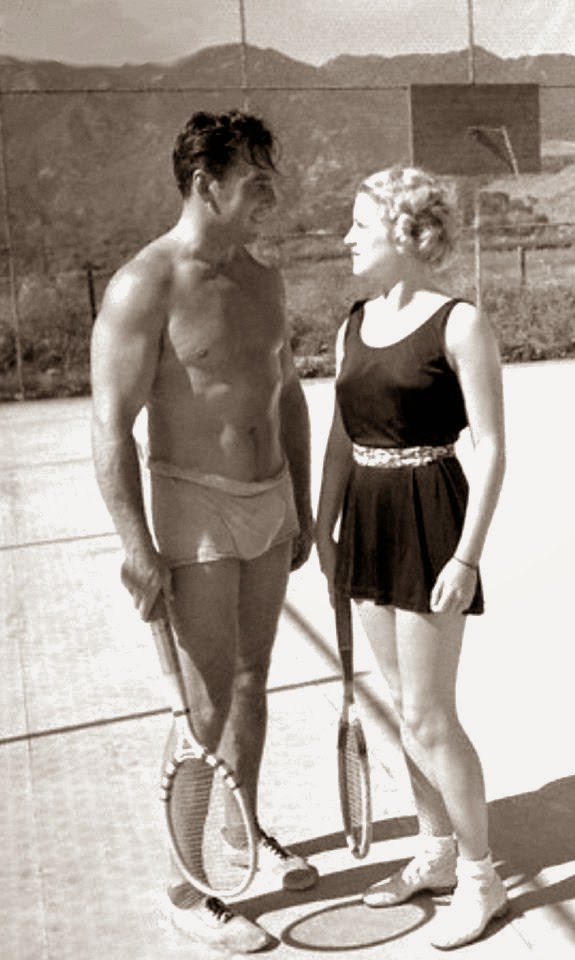 He'd be a star today.  He was wore clothes very well.  He could go from roughneck character to looking quite Gentlemen's Quarterly.  He also looked mighty fine without clothes.  His nickname in Hollywood was "The Chest."  A shirtless O'Brien on film was the money shot.

In the 1930s, he was a popular star of low-budget westerns.  I saw some of those and it's evident why he was popular.  I bet he'd have been a bigger star had he been with a bigger studio.  He had the goods to star in A-list studio movies like Gary Cooper, Joel McCrea, Fred MacMurray and John Wayne did in the 1930s and early '40s.  Just like those four actors, he should've starred opposite Jean Arthur, another graduate of silent films.  A decorated World War I hero, O'Brien enlisted for service during World War II.

One thing that hit me when I saw in Fig Leaves, a satirical 1926 Howard Hawks comedy, was how comfortable O'Brien seemed to be in his own skin.  He was as physically animated as an actor who did comedy for Hawks years later -- Cary Grant (Bringing Up Baby, His Girl Friday, I Was a Male War Bride).  Grant -- another actor who starred opposite Jean Arthur.    You just know that women moviegoers loved George O'Brien -- and he was probably the object of quite a few man-crushes, as they say today.

I saw a 1926 film he starred in that was directed by John Ford.  It's a silent film about navy roughnecks, rivals who become buddies.  Janet Gaynor plays the love interest.  This is before he and Gaynor made the acclaimed Sunrise.  John Ford's The Blue Eagle runs about one hour.  It has action, romance, some laughs... and George O'Brien's chest. 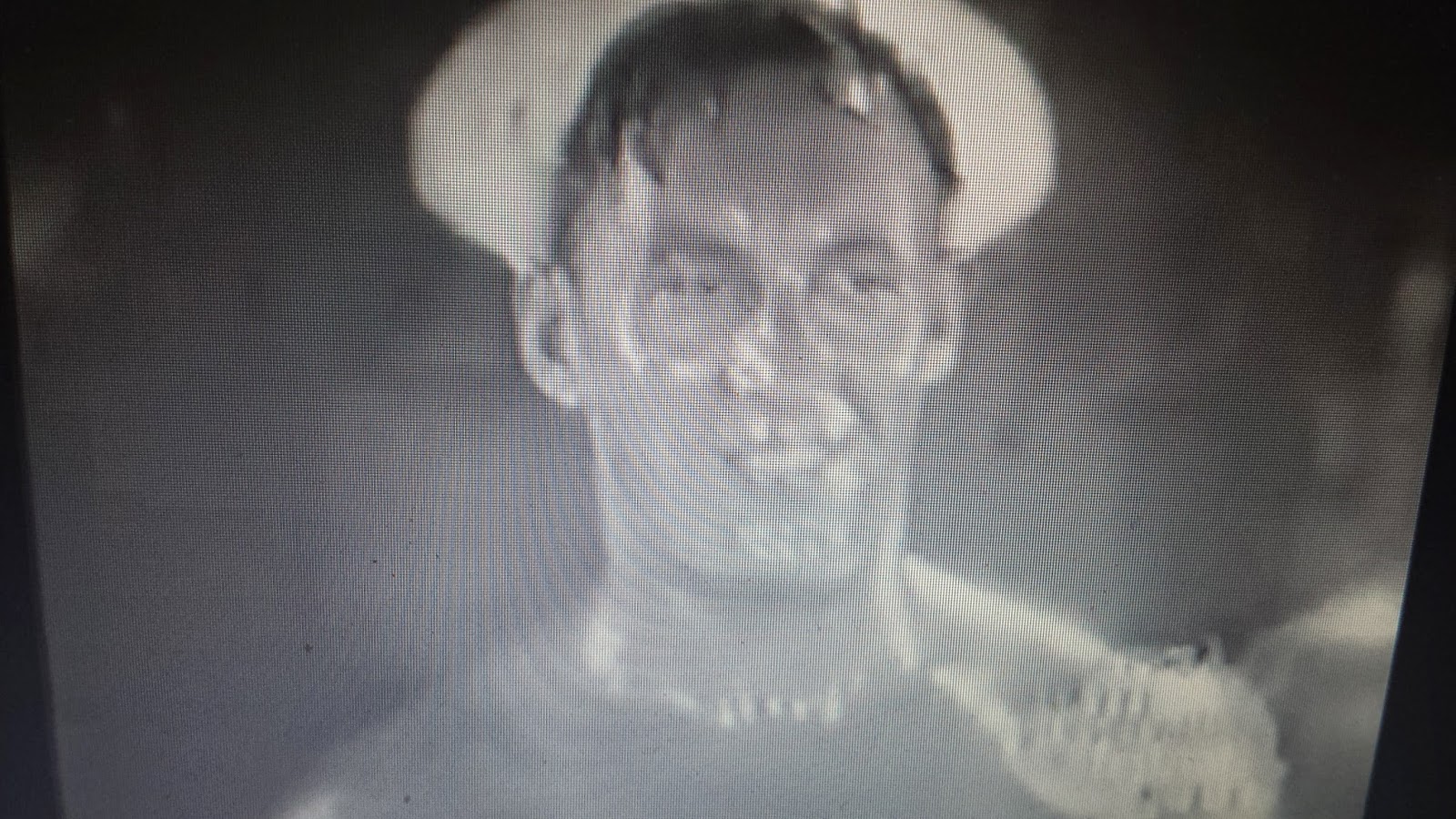 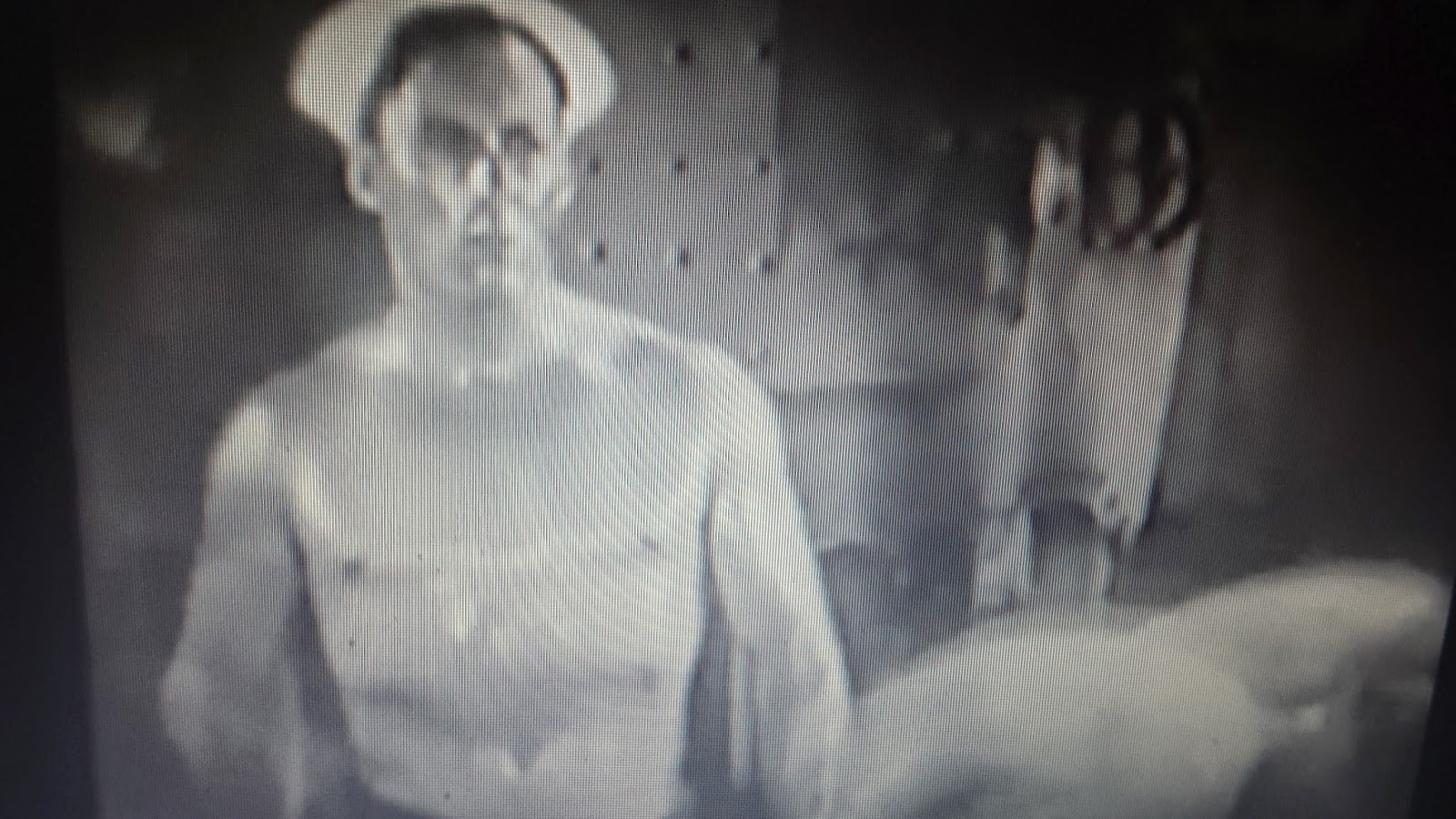 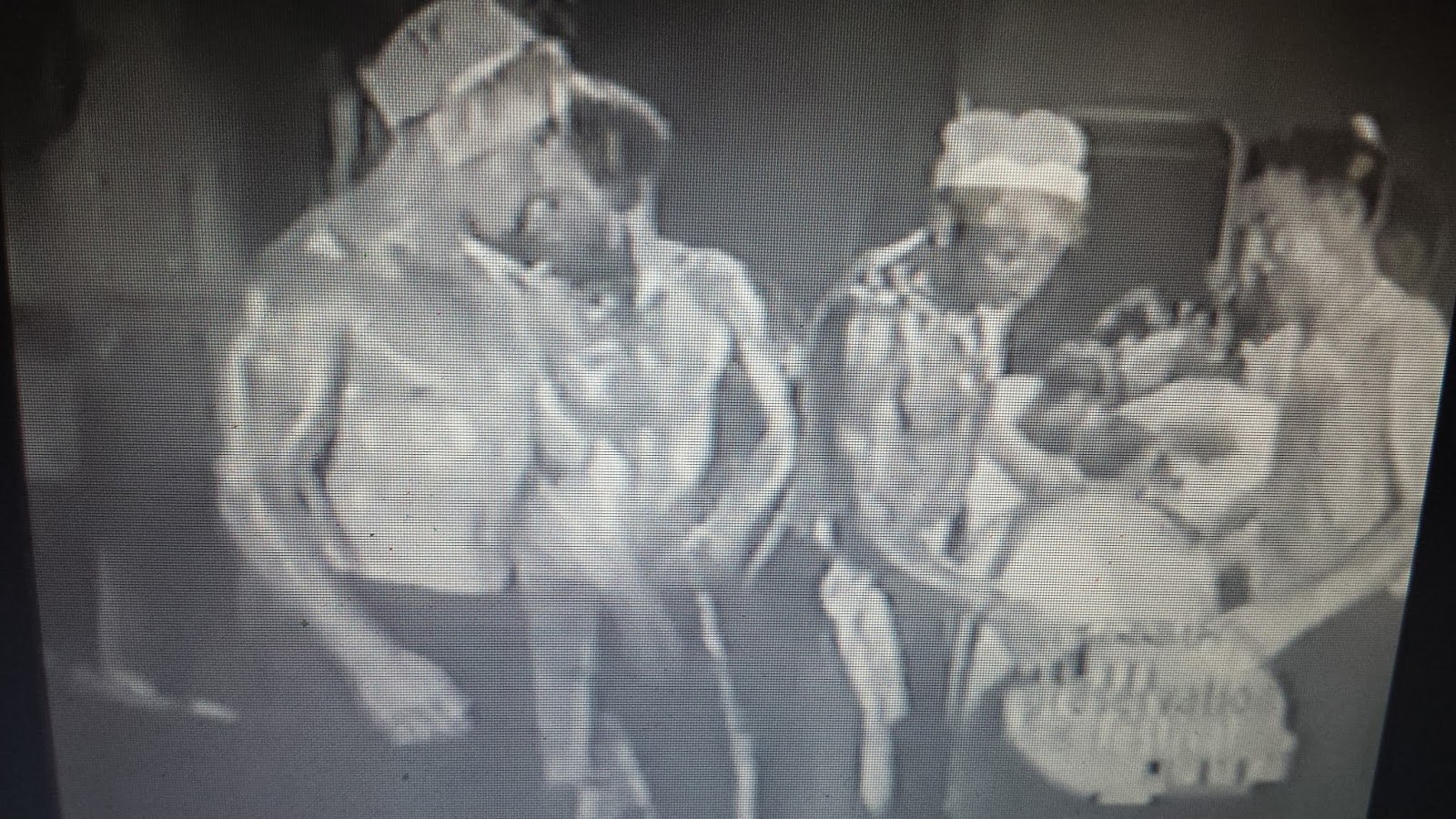 There's one sequence in the first 15 minutes that really knocked me out.  Don't think that the "bromance" is something that just started in modern-day Hollywood movies.  George O'Brien was giving you bromance before movies learned how to talk.  There's a local hood pushing marijuana in the story and he's pushed some to the sailor's brother.  The sailor is crazy about his brother.  If you look at the scene without knowing they're related, it's like the sailor returns home from the war, finds a guy he cares about a lot on the bed with a bad influence, kicks the low-life guy out, sits next to his troubled male sweetheart on the bed and makes things better.

Forgive the poor quality pictures.  I snapped these pics with my cellphone while watching the movie.  Here's the sweet, vulnerable guy on the bed with a low-life. 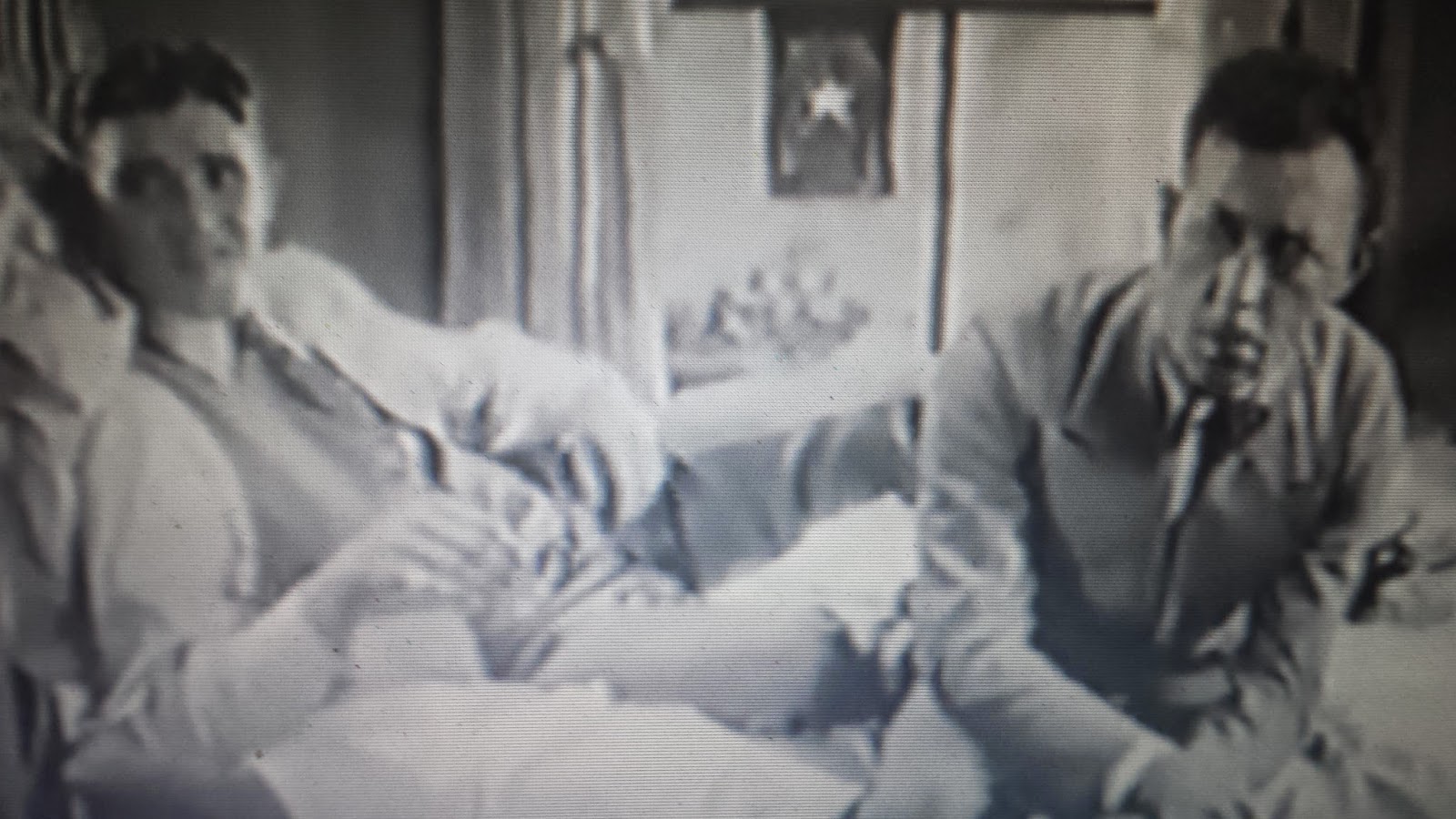 The sailor returns to his special guy. 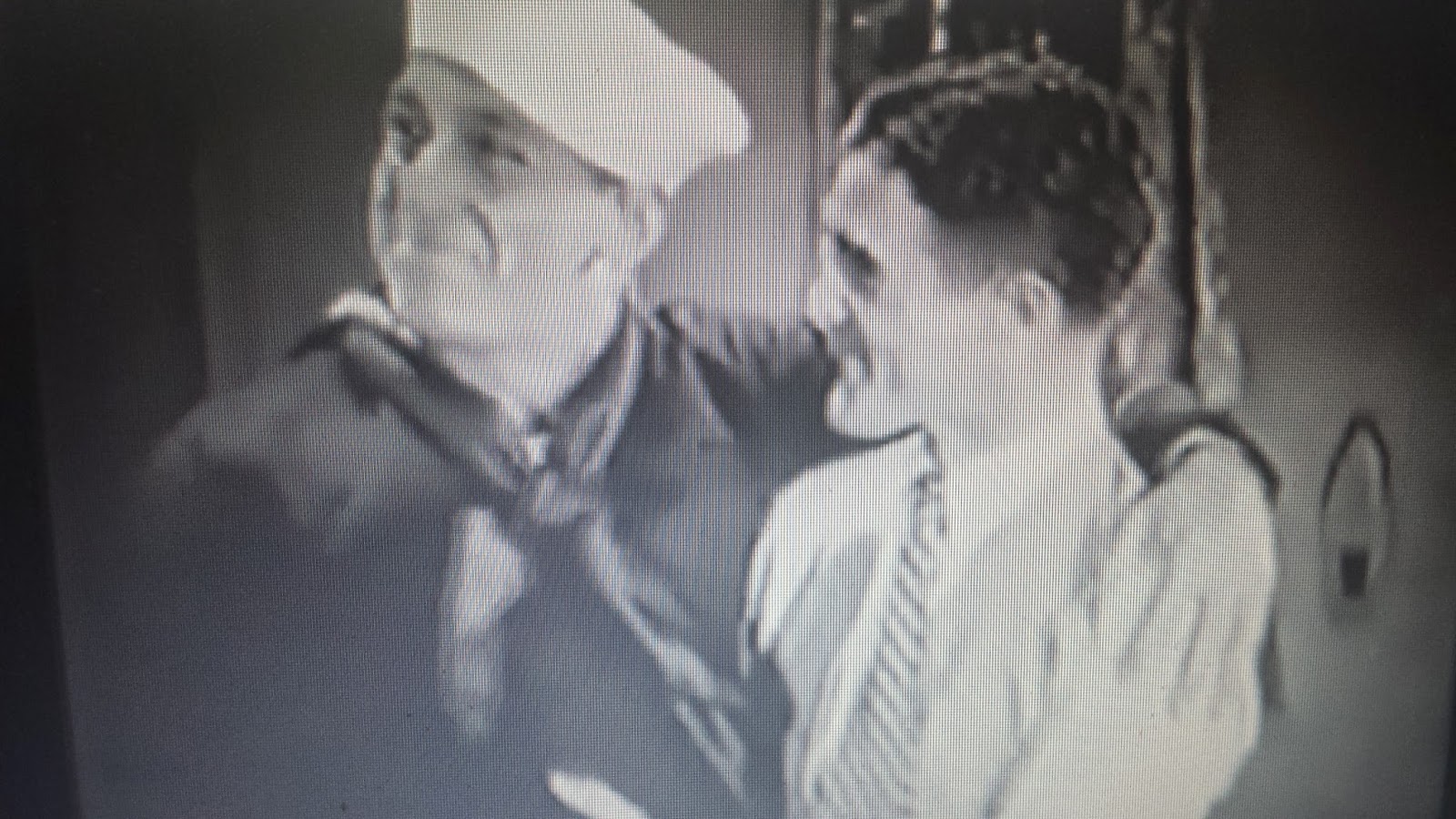 He sees the hood who could take his special guy down the wrong path and kicks him out. 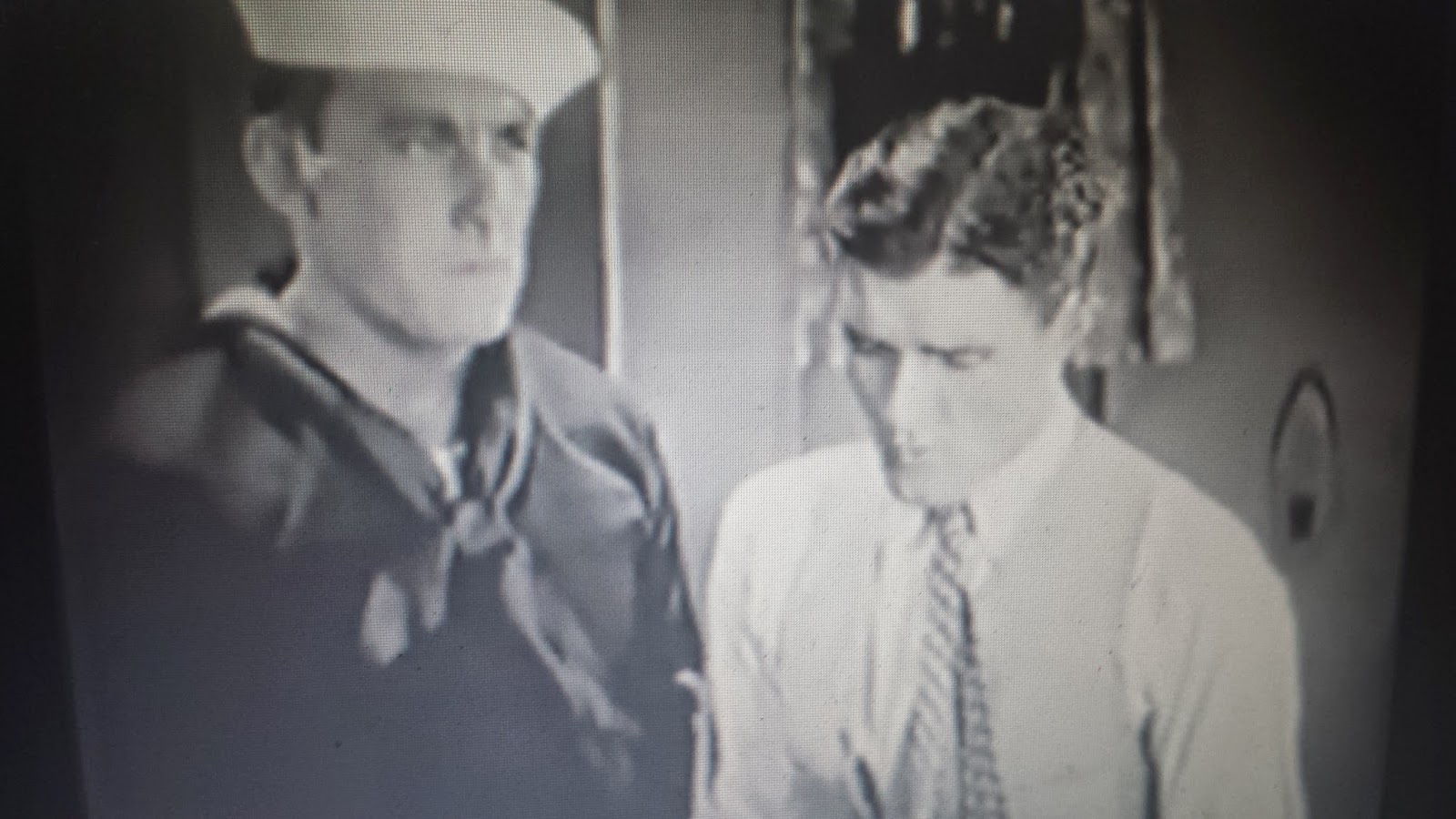 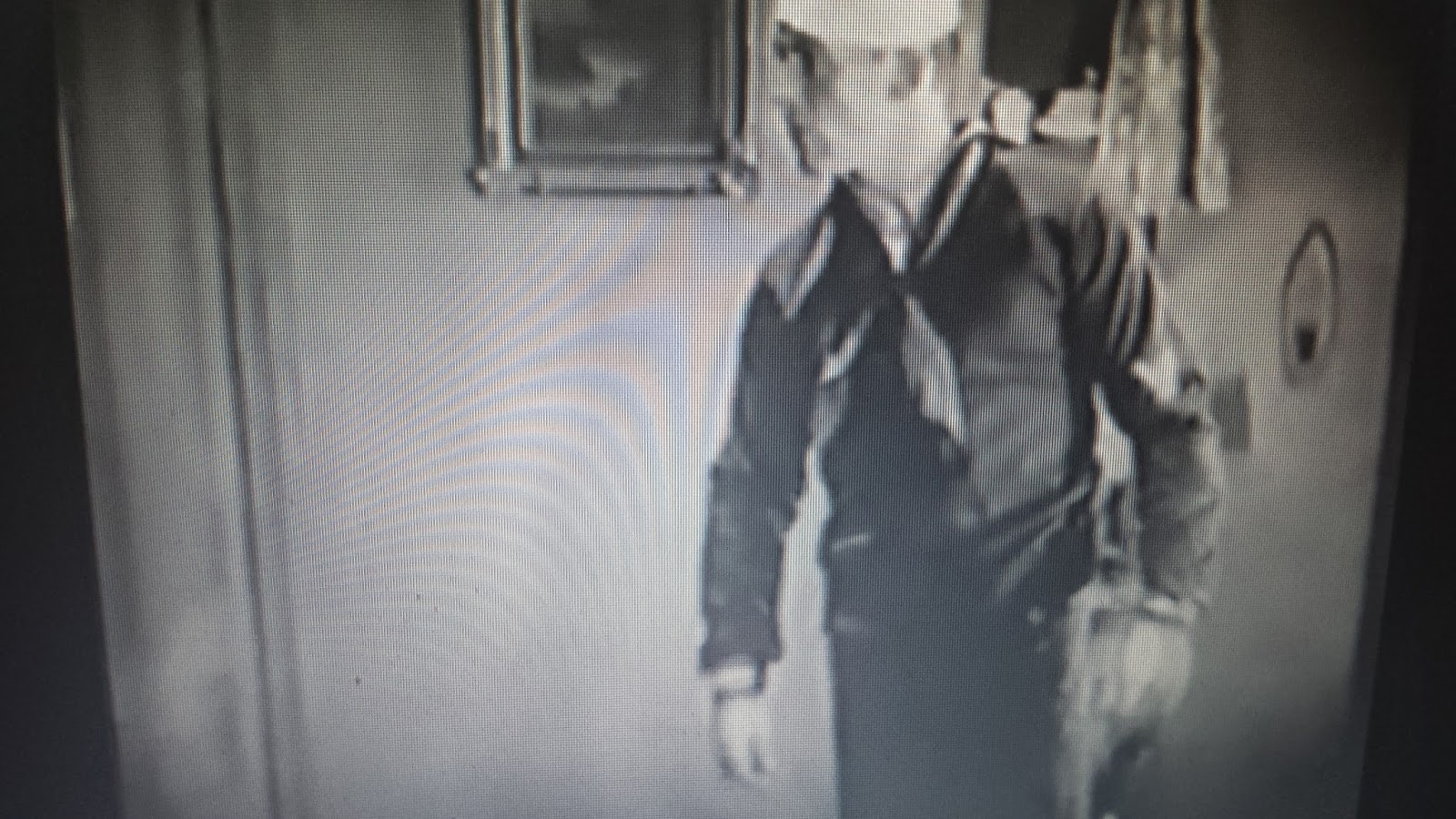 His guy is embarrassed.  And thankful the sailor is home again and close to him. 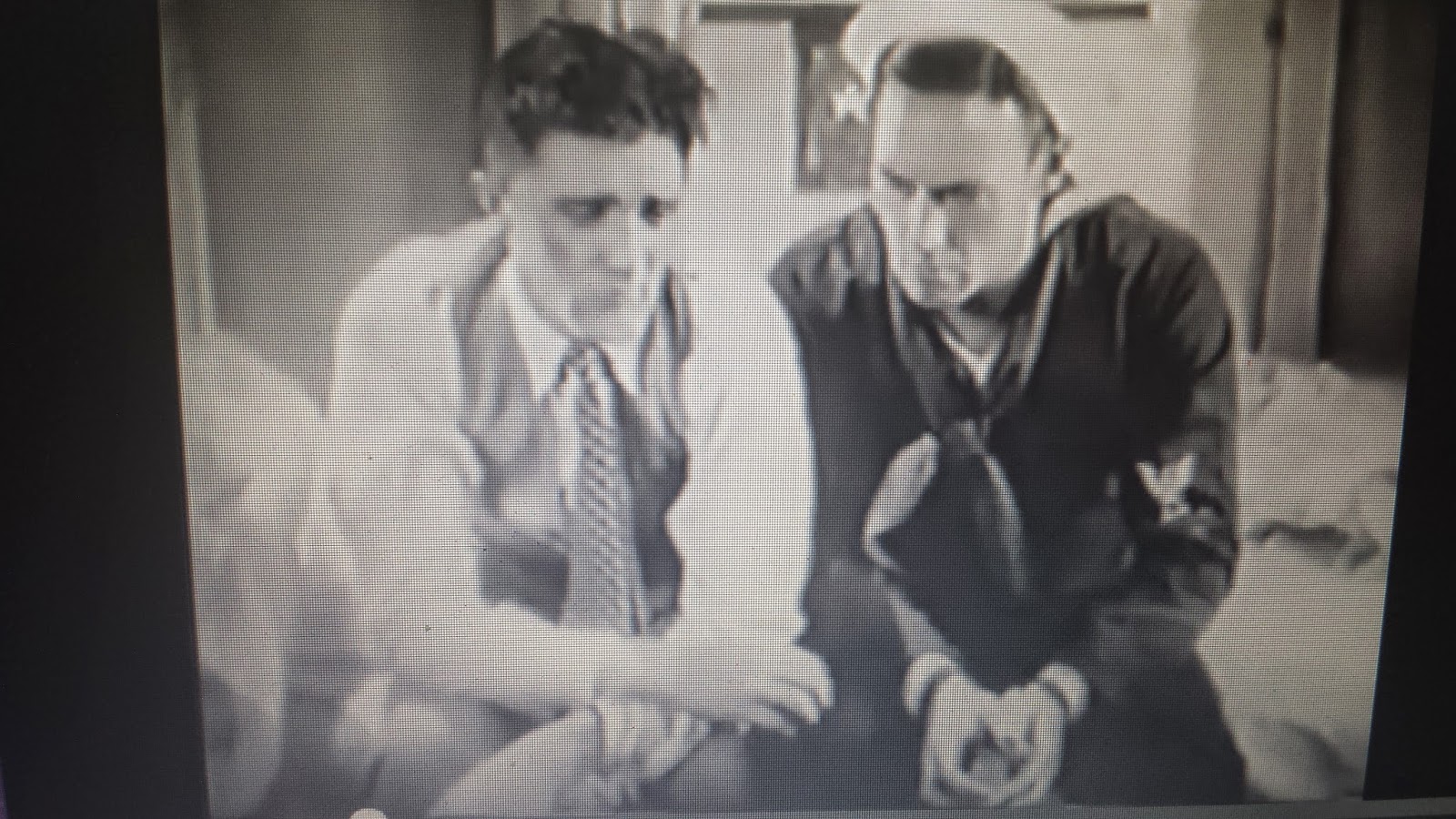 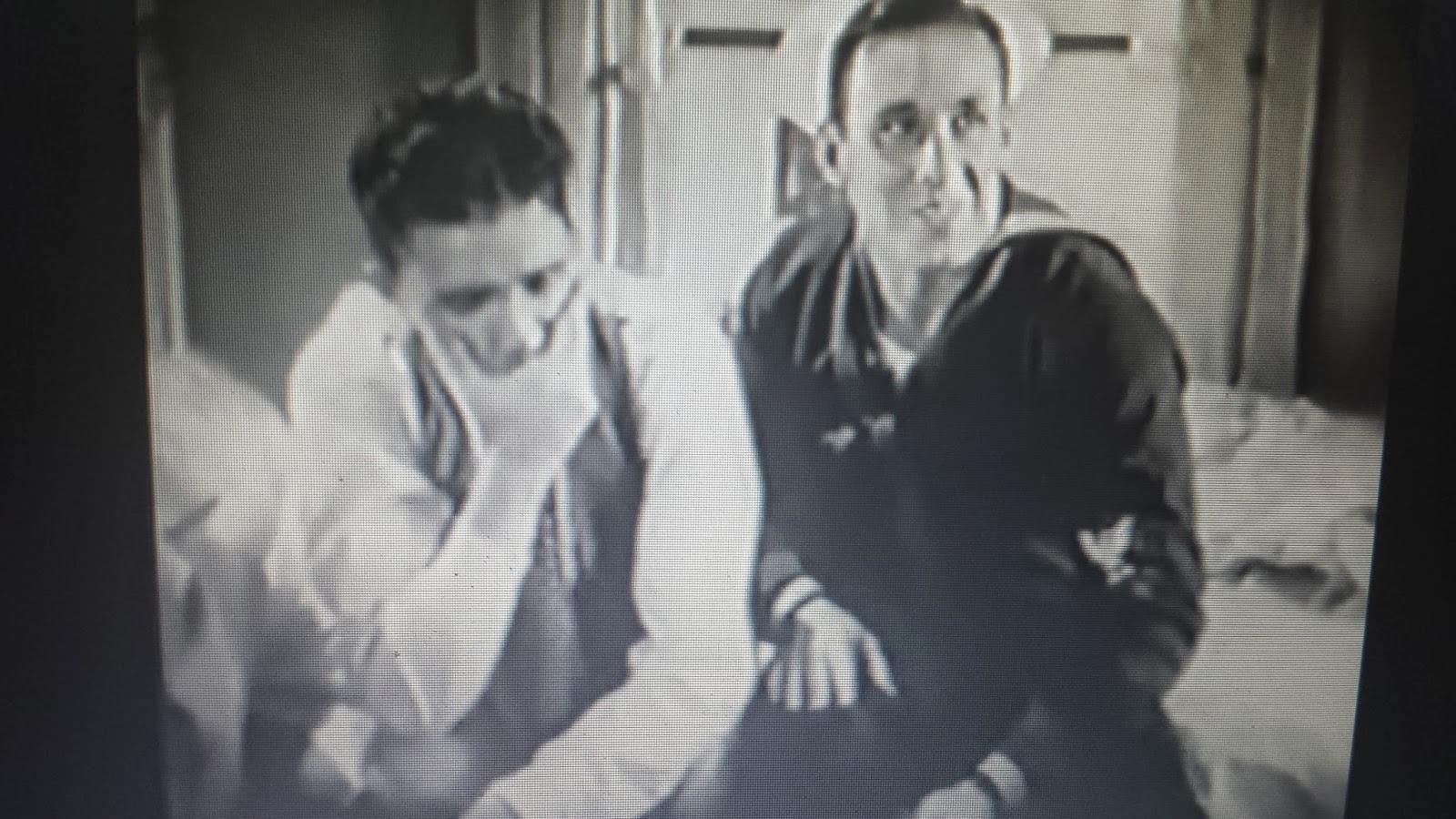 The sailer will make everything fine again.  His special guy can feel safe again. 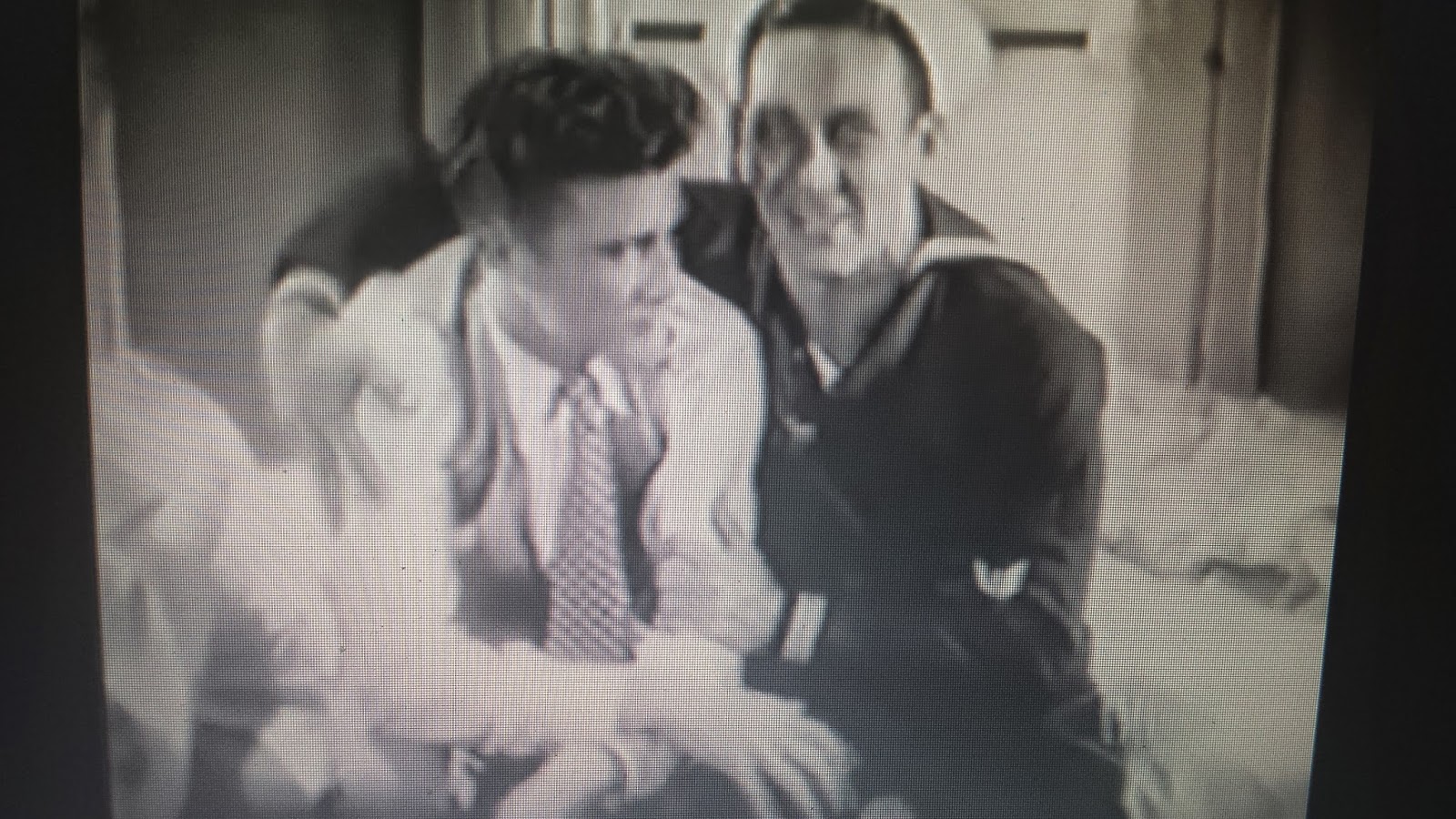 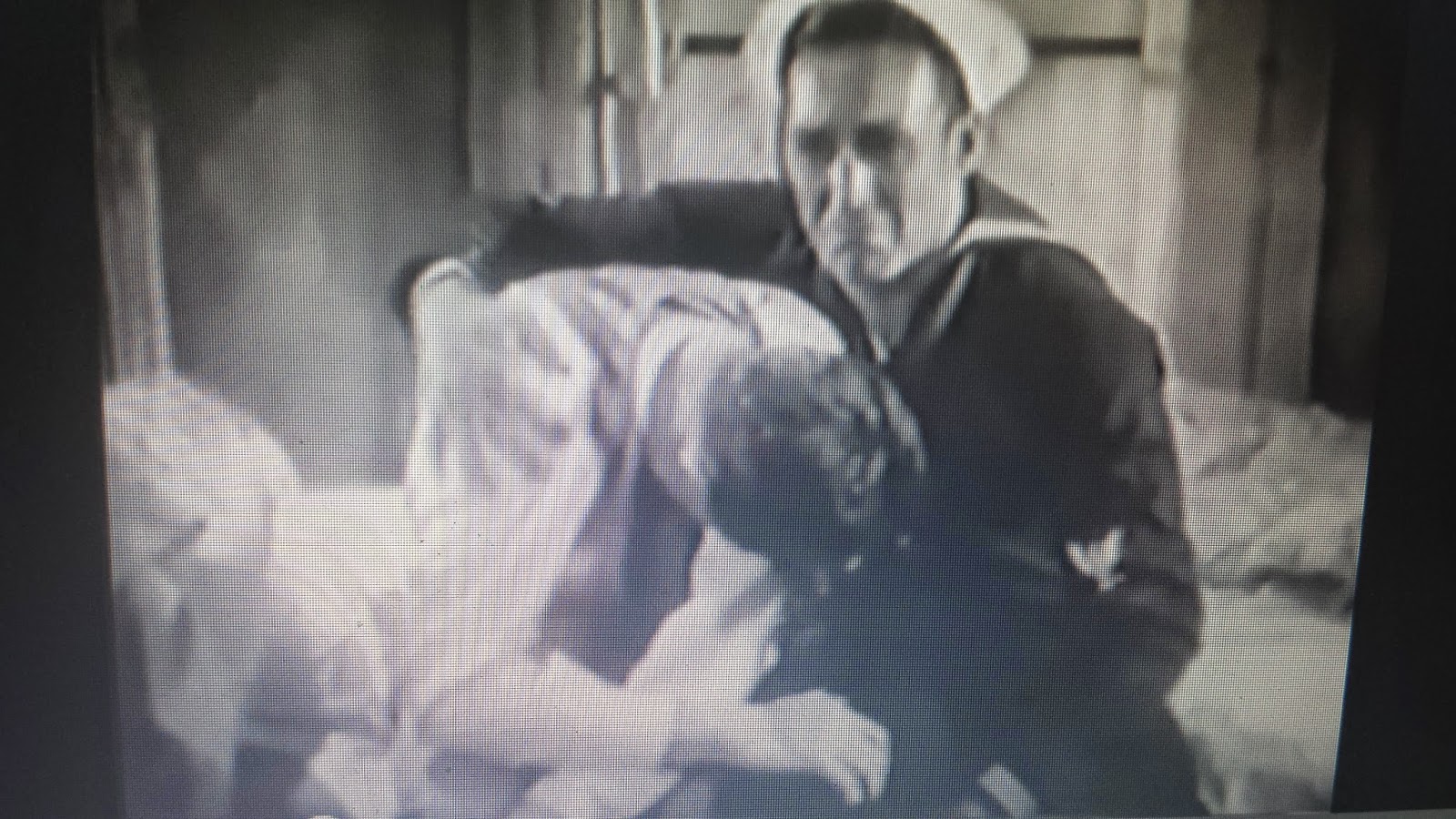 The 1920s.  Those were the days when a troubled dude could sit on a bed next to his sailor buddy and hold his hand without getting heat from the Hollywood Production Code censors.

If Jon Hamm did that scene with a male actor exactly the same way in an episode of TV's Mad Men, it would cause giddy national buzz about possible subtext.  That was definitely a 1920s bromance scene in John Ford's navy story.  Look at the physical intimacy between the two actors in The Blue Eagle.  That's very sophisticated stuff.  They took a scene of male bonding and raised the stakes on it.  That kind of bravery is good acting. 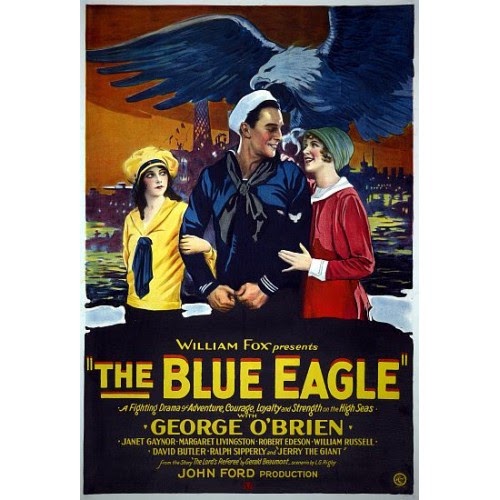