If you're into classic films from Hollywood's golden age and if you get the TCM (Turner Classic Movies) cable channel, let me tell you about the line-up for Wednesday, Feb. 12th. And pardon my vanity while I do. Airing at 8pm ET/5pm PT is the Ernst Lubitsch comedy, TO BE OR NOT TO BE. Long before recent Oscar winner JOJO RABBIT spoofed Nazis, Lubitsch did it here. 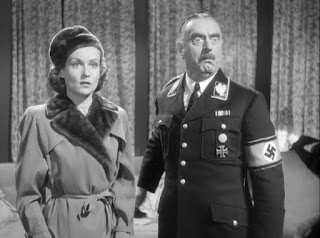 This 1942 comedy had a big impact on Mel Brooks. He borrowed a line for his comedy, THE PRODUCERS ("Heil myself"). In the 80s, Mel even starred in a remake. The original starred Jack Benny and Carole Lombard. 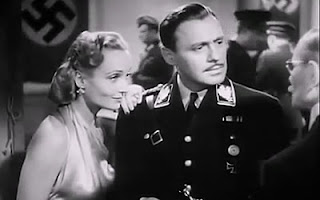 Following that at 10pm ET/7pm PT is another comedy classic -- MY MAN GODFREY (1936). This is a Depression Era comedy. I studied and read about MY MAN GODFREY in my film classes when I was in college. It's a screwball comedy with a statement about responsibility -- in this case, a responsibility the rich have to help the poor. 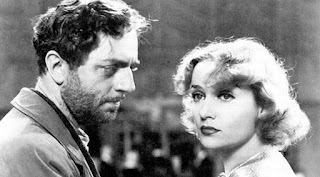 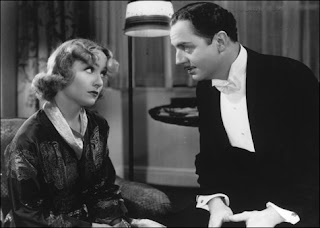 MY MAN GODFREY starred Carole Lombard and William Powell. Have you ever seen the 1950s remake that starred June Allyson and David Niven? No? Good.

The two films  following MY MAN GODFREY are ONE WAY PASSAGE (1932) and ALWAYS IN MY HEART (1942). Both are romantic stories starring Kay Francis.

I wrote the scripts for the TCM host to read that night for those four films. Will all the words that I wrote actually come out of his mouth? I can't say. I was nowhere near the set when he taped his intros. I hope to hear most of what I wrote because, frankly, I think I wrote some darn good stuff. I'll just have to keep my fingers crossed. From my stuff, folks could learn a new thing or two about the Mel Brooks remake when the original TO BE OR NOT BE concludes. The writing assignment was a great opportunity to put my film knowledge to use.

Whatever happens -- I already got paid. And the check cleared. Watch if you can and enjoy the movies.
at February 11, 2020