For all the irritations, disruptions and scandals happening today, we need to spend a moment and spiritually refresh by remembering the advances we've made. If, during my college years in the 1970s, anyone had said that there would be a national American holiday in order of a black man's birth and that a black man would be elected to two terms in the White House as President of the United States, that probably would've been dialogue in a sitcom as the set-up for a laugh. But President Barack Obama was elected to two terms in the White House. That achievement owed thanks to the hard-fought battle for Civil Rights peacefully led by Dr. Martin Luther King Jr. Now, we honor the slain leader's birth as a national holiday in January. 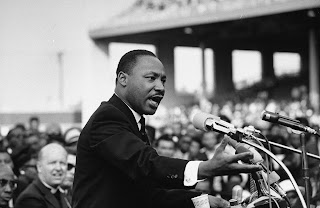 There's a film critic named Owen Gleiberman. He's been in that game for over 20 years. He wrote for Entertainment Weekly, I saw him do reviews on local TV news in New York City and now he writes for Variety. The end of the year list of the year's 10 or 20 best films is an annual compilation from movie critics. Last month, former president Obama put out his list and a good one it was. He picked some of the same movies notable film critics and celebrated filmmakers picked. However, Owen Gleiberman wrote an article in which he expressed his feelings that Mr. Obama's list was "too good for its own good." Some of Mr. Obama's favorite films were ROMA, THE RIDER, BLACK PANTHER, SUPPORT THE GIRLS, IF BEALE STREET COULD TALK, BLACKkKLANSMAN, WON'T YOU BE MY NEIGHBOR? (the Mister Rogers documentary) and LEAVE NO TRACE. Films from black, Asian, Mexican and women directors. But Owen implied that Obama's list was too upscale. Owen never said that about lists from the white critics at The New York Times. His January 1, 2019 Variety article on Barack Obama's Year-End Movie List went on add that Obama's list was not "mainstream" enough and, like his presidency, never delivered a promised "audacity."

We have a former reality game show TV host, a man of no prior political experience, now sitting in the White House and determined to erase President Obama's legacy. Network news reported that Trump called Africa "a shit-hole country." He got on-camera praise from a KKK leader during the Charlottesville racial conflict. Unarmed black men shot multiple times and killed by police who claimed "I feared for my life" sparked a Black Lives Matter movement. White racist Dylann Roof walked into a church, shot and killed in black people in a prayer service and he was taken into police custody unharmed. Oh. And if I was interviewing Owen Gleiberman on a live TV news program and asked him to name five white film critics he's seen frequently on TV, he could. If I asked him to name five black film critics he's seen frequently on TV, he could not. Why? Because it's been difficult for us black broadcasters to get hired as film critics and film hosts on TV. That field on TV has been segregated for decades. So, just how audacious did Caucasian Owen Gleiberman of Variety expect Barack Obama to be as the first black person elected  President of the United States? 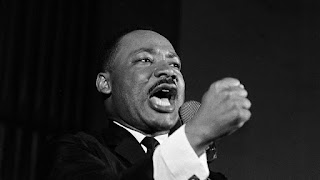 With all that in mind, here are some viewing tips from me to watch in honor of the MARTIN LUTHER KING, JR. Day weekend. Check your HBO listings for this first one. It's gripping and gives you insight into Dr. Martin Luther King we didn't get in other specials. This one delves into the extreme emotional and psychological weight he carried in his uphill battle for Civil Rights. America is a nation that's had a history of killing black people for being "audacious" or "uppity" or educated. Tell Owen Gleiberman to watch this documentary. I'm glad he loved GREEN BOOK (not on Mr. Obama's list) but he should see this too.

It's called KING IN THE WILDERNESS. I've seen it on HBO. It's powerful. Here's a trailer.
Another feature I first saw on HBO is SING YOUR SONG. It's an informative, revealing documentary about one of Dr. King's close friends, Harry Belafonte. The singer/actor and activist is also seen in the KING IN THE WILDERNESS documentary. Belafonte can currently be seen in one of the strongest sequences of Spike Lee's BLACKkKLANSMAN.

Harry Belafonte was the first black person to guest host the TONIGHT Show for one week. That was in 1968. He booked Dr. Martin Luther King as a guest. Some footage is in KING IN THE WILDERNESS and also in SING YOUR SONG. Dr. King was assassinated a couple of months after his TONIGHT Show appearance with Mr. Belafonte.

Thanks for your time and have a good, significant Dr. Martin Luther King Day.