Films, classic and new, have been one of my greatest loves ever since I was in grade school. So, I feel like a kid on Christmas morning the day the Oscar nominations are to be announced. I eagerly wait to hear entertainment reporters on network TV say who should be nominated shortly before the announcements begin. Afterwards, I eagerly wait to read the print articles from entertainment columnists telling us who should have been nominated, but they weren't. As a countdown to the Oscars telecast, TCM (cable's Turner Classic Movies) has "31 Days of Oscar." Oscar-winning and Oscar-nominated movies are programmed. I got on Twitter and suggested "31 Days of Never Nominated."  I'm always stunned to discover who has done some fabulous, some famous work on the big screen, but has never been nominated.  TCM could show movies starring actors and actress who never got Oscar nominations. Performers like …Joel McCrea. 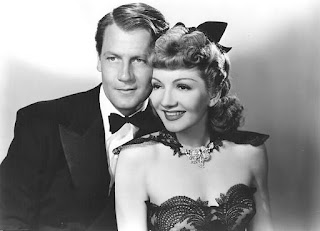 I remember watching Maureen Stapleton make a warm thank-you speech when she won the Best Supporting Actress Oscar for REDS (1981). She thanked Joel McCrea for inspiring her to seek a career in acting. Joel McCrea was never nominated for an Oscar. Neither was...Myrna Loy. 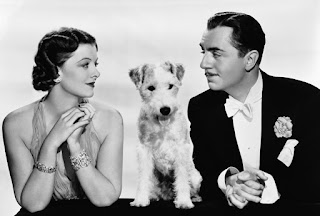 We saw her slam across some fabulous comic performances in films written and directed by Woody Allen such as RADIO DAYS, ALICE and BROADWAY DANNY ROSE.

In the screenplay category, one of the wittiest line of self-loathing I've ever heard in a classic film is in Alfred Hitchcock's influential masterpiece, PSYCHO. The line, spoken by Norman Bates, is "I don't hate my mother. I hate what she's become." Joseph Stefano did not get an Oscar nomination for that dark, brilliant and internationally famous screenplay.

I started my TV career on local TV in 1980. In 1982 I did some pretty good entertainment interviews that were featured on national TV. I got a week of national exposure when PM MAGAZINE, a syndicated show, aired celebrity interviews I'd done in its countdown to the Oscars. I'd interviewed Meryl Streep about SOPHIE'S CHOICE, Jessica Lange about TOOTSIE and FRANCES, actor Ben Kingsley and director Richard Attenborough about GANDHI. They all won Oscars the following week. In the late 80s, I had my own prime time talk show on VH1. I've worked steadily on TV, locally and nationally, for over 30 years.

I have never been nominated for either a local or a national Emmy. When I hear actors say, "It's an honor just to be nominated," I take that seriously.  I know exactly how they feel... because I would feel the very same way.