The British comic actress apparently has a new movie coming out and it's a romantic comedy. Just yesterday, I blogged that white entertainment journalists and TV hosts can and do often overlook the accomplishments of black actors, actresses and filmmakers. In the previous blog, which is about Oscar winner Octavia Spencer, I point out how I watched two high profile white entertainment press members on live network TV cover the Oscar nominations yet not give one single mention to the huge Hollywood history Viola Davis had just made when she was announced as a nominee. Well, it has happened again.  This morning, I read the Huffington Post online article about full-figured British star, Rebel Wilson.  Her new movie is called ISN'T IT ROMANTIC?  When Rebel was a guest on the festive daytime TV talk show, ELLEN, Rebel said, "I'm proud to be the first-ever plus-sized girl to be the star of a romantic comedy." 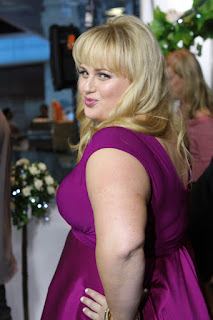 I thought, "Really? Does Queen Latifah know about this?"

To me, Rebel Wilson's comment to Ellen DeGeneres was not exacty -- to use the title of one of Rebel's hit comedies -- PITCH PERFECT. 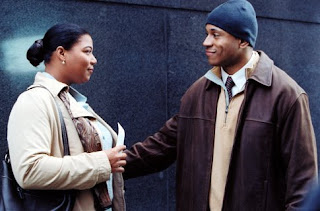 Queen Latifah is, by no means, skinny. She got the handsome guy in the race/gender bender romantic comedy called LAST HOLIDAY. This was a 2006 American remake of a lovely classic British film that starred the great Sir Alec Guinness.  Like Guinness in the more subdued original, she's a person who decides to really live her life when she's told she has a terminal illness and only weeks to live. I highly recommend the 1950 British original. It's an absolute gem, funny and touching.  LL Cool J was Queen's leading man in the remake. 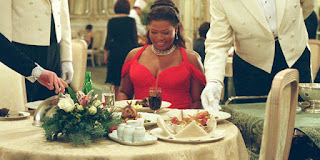 Just last week on TV, I saw Queen Latifah in the light 2010 romantic comedy, JUST WRIGHT co-starring Common. He shoots and she scores in that basketball-centered romantic story. 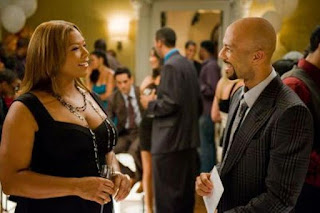 Before she won an Oscar for Best Supporting Actress, comedian/actress Mo'Nique starred in the 2006 romantic comedy called PHAT GIRLZ.  In it, Mo'Nique played a plus-sized aspiring fashion designer and department store employee. Her lead character may be insecure about her weight but she needn't be. She'll get the handsome guy at the end. Here's a PHAT GIRLZ shot with Mo'Nique on the right. 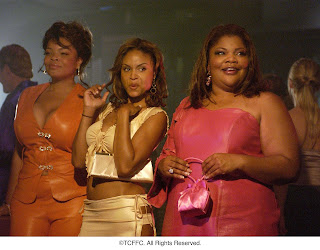 And what about Ricki Lake in the 1988 John Waters' hit, HAIRSPRAY?

I think you get my point. This is why I frequently write about the accomplishments of black artists in the entertainment industry. Our history can often be overlooked. I like bringing attention to it.

Here's a trailer for Rebel Wilson's ISN'T IT ROMANTIC? It opens in a couple of months.