A goddess gets some gold. The magnificent Cicely Tyson is a goddess of all that is good about the art of acting.  This weekend, at a gala Hollywood event, she will become the first African-American woman to receive an honorary Oscar for her memorable performances.  To me, it's the Academy's way of saying "Dear Cicely, We are so sorry that Hollywood not only dropped the ball on having opportunities for excellent actresses of color, it dropped the ball and then deflated it."  It is hard to believe that the Oscar nomination the remarkable Cicely Tyson got 45 years ago is the only one in her credits.  TV was the bucket of cool water for another actress of color whose garden of opportunities after critical acclaim and an Oscar nomination was oddly bone dry. 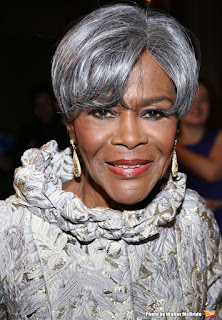 I saw SOUNDER as a Saturday matinee with my student discount card when I was a kid in Los Angeles. Seeing that tale of a black family, sharecroppers down South during the Great Depression, made me feel so significant. Although she was playing a poor woman, a poor woman treated like a second class citizen because of her race, there was something regal about Cicely Tyson's performance. There was a majesty in the spine of that character that I saw but the white folks in her world did not.  As for the now classic scene in which husband and wife are reunited -- the scene in which Rebecca, on the porch, sees way off in the distance that her husband, Nathan, is coming home from jail and he's fine -- well, that moment in the movie theater audience was as memorable as the scene itself.  Everything you wanted or needed to know about the depth of love that man and wife had for each other is realized in Cicely Tyson's running scene.  People in the audience, black and white, gasped in awe of Cicely Tyson's touching and powerful acting in that scene.

Cicely Tyson has a Tony Award for Broadway work and three Emmys for TV performances.

Oscar winner Rita Moreno was interviewed on TCM (Turner Classic Movies) and revealed that she had no Hollywood script offers for seven years after she won the Best Supporting Actress Oscar for 1961's WEST SIDE STORY. She turned to television. 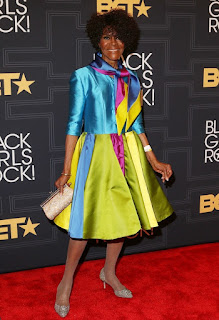 Look at Cicely Tyson's filmography after her stunning Oscar-nominated performance in SOUNDER. The next major performances delivered by Ms. Tyson were are all network television. Hollywood offered no good script opportunities after SOUNDER.  Like Rita Moreno, she turned to television and she won Emmys for her work.  After 1972's SOUNDER, we saw Cicely Tyson on TV in:

THE AUTOBIOGRAPHY OF MISS JANE PITTMAN (1974)
ROOTS (1977)
KING -- as Coretta Scott King opposite Paul Winfield as Rev. Martin Luther King Jr. -- (1978)
A WOMAN CALLED MOSES -- as Harriet Tubman -- (1978)
THE MARVA COLLINS STORY -- as the dynamic Chicago area teacher whose inner city classroom accomplishments were so astonishing and inspirational that she was profiled on CBS's 60 MINUTES -- (1981).

Television gave Ms. Tyson those opportunities after her Oscar nomination.  Hollywood did not.  Hollywood should have. The fact that Cicely Tyson has only one Oscar nomination should not be a point of pride for Hollywood. As we know now, the major Hollywood studios were not keen on green-lighting black stories to go into production.  Actors and actresses of color did not get nearly the same amount of opportunities their fellow white actors got.

The great James Earl Jones was bestowed an honorary Oscar. He wowed Broadway audiences with her performance in THE GREAT WHITE HOPE. He won a Tony Award for it.  He repeated his role in the 1970 directed by Martin Ritt. He got a Best Actor Oscar nomination for it.

That is the only Oscar nomination James Earl Jones has received. After that towering performance, he was outstanding as the first African-American U.S. President.  This was in the THE MAN, a 1972 production based on a best-selling novel.  On TV, this racially frank and gripping drama was an ABC Movie of the Week. It had a script by Rod Serling. THE MAN co-starred heavyweight veteran actors Burgess Meredith, Lew Ayres, Martin Balsam and Barbara Rush.  Based on a true life government story, James Earl Jones was also excellent in 1975's THE UFO INCIDENT about an interracial married couple involved in government UFO reports. Jones co-starred with Oscar winner Estelle Parsons.  This too aired on network TV. Both those TV presentations had stories good enough for Hollywood big screen productions that could've been highly-promoted and shown in theaters nationwide.  Come 1977, James Earl Jones won global fame as the voice of Darth Vader in STAR WARS.

One of the most electric nights of theater I have ever experienced was the night I saw James Earl Jones on Broadway as the father in the original cast of August Wilson's FENCES. That was in the 1980s. When it ended, I was positive that residents in Hoboken, New Jersey could hear the loud, long cheers and applause the Broadway audience gave during its standing ovation. James Earl Jones gave a legendary performance, one that gave you goosebumps the size of M&Ms.  He won a Tony Award for it. The play won a Pulitzer Prize. But I never read a show biz report that James Earl Jones had been tapped by a top Hollywood studio to star in a film version of that drama about a black working class family.  Thanks to Denzel Washington, we finally got a film version (starring Washington and Viola Davis) in 2016.

This weekend, when Cicely Tyson receives her Honorary Oscar, it should also come with an apology.