With a bright, original screenplay by actress/writer Ruth Gordon and her husband, Garson Kanin, this is my favorite of the films that starred Katharine Hepburn and Spencer Tracy.  I'm sure you've seen this smart, sophisticated comedy about equality of the sexes and respect for the law.  They play a pair of married lawyers in New York City.  Their marriage is a great one.  They are opposites who obviously were attracted to each other.  You can tell that from their first scene.  It's early in the morning.  Time for breakfast.  She's a morning person, up and chipper.  He's not a morning person.  He's a big, sleepy bear trying to catch a little more sleep under the covers. 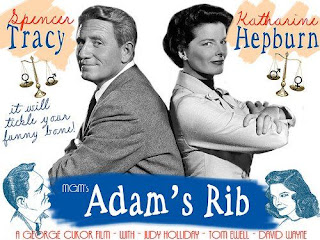 A local story made front page news.  A wife and mother followed her cheating husband to his girlfriend's apartment.  The emotionally distraught wife acts irrationally.  She has a gun that she doesn't know how to use.  She shoots open the door and wounds her husband.  Amanda (Hepburn) feels that there's a double standard for men and women -- especially in cases of adultery.  Adam (Tracy) feel that the wife, regardless of the husband being in the arms of the floozie girlfriend, broke the law.  Amanda gets the wife's case.  Adam is assigned the cheating husband's case.  Amanda and Adam have to oppose each other in court.  Tension builds for the married couple.  Laughs ensue for the viewers. 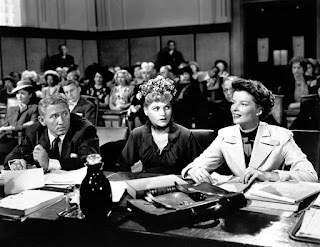 In pleading for fairness for her client, Amanda asks the jury to "judge this case as you would if the sexes were reversed."  I love what director George Cukor does in this section.  He gets a close of Jean Hagen as the floozie girlfriend, a shot of Tom Ewell as the cheating husband and Judy Holliday as the wronged wife -- and then the image becomes each character as a member of the opposite sex. 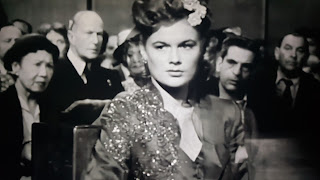 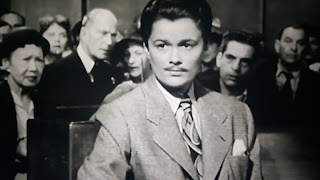 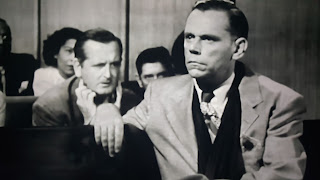 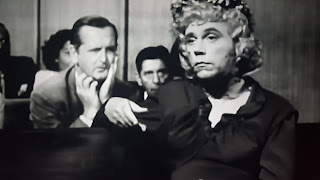 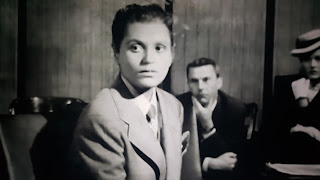 I love those shots.  Another shot I love also comes from the courtroom scenes.  It's the shot of the jury.  Cukor and the screenwriters gave us something we rarely -- if ever -- saw in a Hollywood film before 1949's ADAM'S RIB.  We saw a high profile court case with a racially mixed jury. 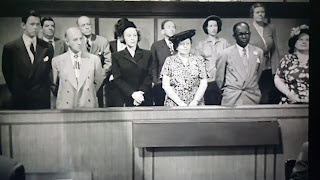 I noticed that about the jury when I was a kid and first saw ADAM'S RIB on TV.  It made me smile then.  It still makes me happy to see that diversity today.

In a very hot Best Actress Oscar race, one that include Bette Davis for ALL ABOUT EVE and Gloria Swanson for SUNSET BLVD., Judy Holliday won the Best Actress Oscar for her performance in BORN YESTERDAY.  She was again directed by George Cukor.  She repeated the character she originated in the hit Broadway play.  BORN YESTERDAY was based on the play of the same name written by Garson Kanin.

In 1944, Fox released a musical comedy for wartime audiences called SOMETHING FOR THE BOYS.  Carmen Miranda was a star of the film. 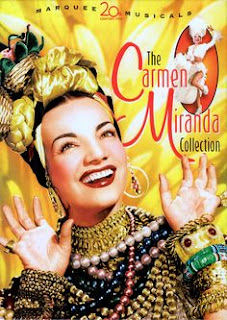 In one scene, the popular star has a scene with a bit player who's seen as a secretary. 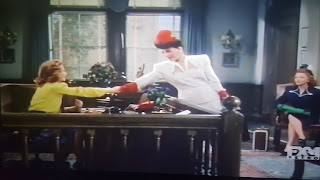 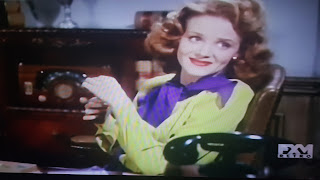 That bit player was Cara Williams. She show her solid wisecracking comedy chops in 1950s movies and have supporting roles opposite Paul Newman (THE HELEN MORGAN STORY) and James Cagney (NEVER STEAL ANYTHING SMALL).  Cara Williams got a Best Supporting Actress Oscar nomination for her dramatic work opposite Tony Curtis and Sidney Poitier in Stanley Kramer's THE DEFIANT ONES (1958). 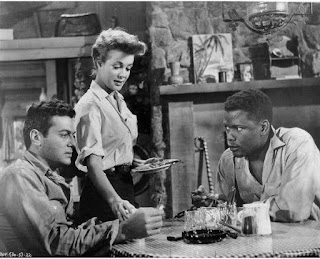 Carmen Miranda has scenes in a defense plant in SOMETHING FOR THE BOYS.  In one scene, there's a female extra in the background.  She has not a line of dialogue and you don't see her name in the credits.  But the lady in the brown overalls is...Judy Holliday, future Broadway star and Best Actress Oscar winner. 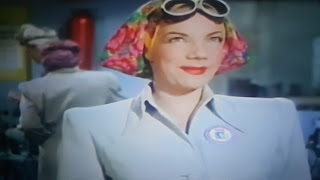 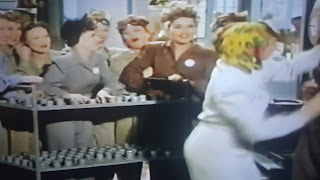 I hope you enjoyed my Holliday information.
at October 18, 2017