On CLOSE ENCOUNTERS OF THE THIRD KIND

Wow.  Did 40 years just zoom by that quickly -- like an alien spacecraft in his movie?  The 40th anniversary edition of Steven Spielberg's CLOSE ENCOUNTERS OF THE THIRD KIND is now out on Blu-ray.  I know this will sound a bit trite, but it really does seem like just yesterday it was 1977 and I was in a movie theater to experience the new Steven Spielberg movie for the first time.  I would pull my wallet out at the box office to see it again and again.  This is the adventure he gave us after scaring us out of the water with JAWS in 1975.  CLOSE ENCOUNTERS OF THE THIRD KIND, just like his previous film, was a box office blockbuster that thrilled us and touched our hearts.  He went from showing us something horrible in the deep blue sea to showing us something magnificent from outer space. 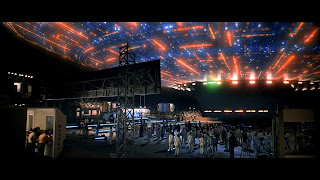 Once again, Spielberg directed actor Richard Dreyfuss in a lead role.  I feel that, had this 1977 sci-fi classic been made just ten years later, the role of Roy would've gone to Tom Hanks. 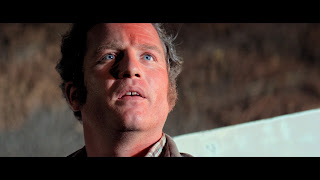 If you catch SPIELBERG, the new documentary about the filmmaker that recently premiered on HBO, he tells us his childhood experience that inspired him to write CLOSE ENCOUNTERS OF THE THIRD KIND.  The experience involved his father.  Spielberg's parents were divorced and his relationship with his dad was quite fractured.  Only briefly, does Spielberg talk about the great directors from Hollywood's golden age who influenced him in his teen years.  David Lean was one.  John Ford made a very heavy impression on him and I would've liked to hear him talk more about Ford.  The 1956 dark western drama, John Ford's THE SEARCHERS, had visuals that would influence more than one Spielberg movie.  A character framed in a doorway and the iconic landscape of Monument Valley are trademark John Ford shots and were even before THE SEARCHERS. 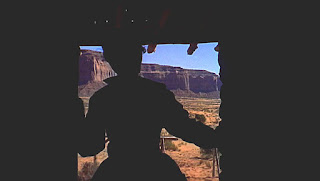 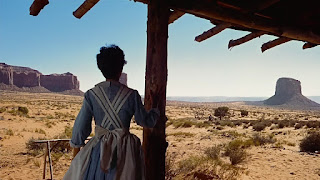 Look at these shots from CLOSE ENCOUNTERS OF THE THIRD KIND. 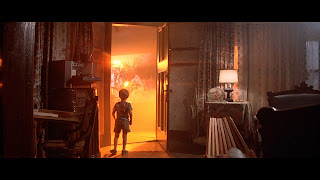 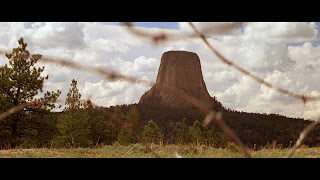 I have a question for you.  I love Melinda Dillon's faithful, heartbroken single mother character.  She's heartbroken because her little boy has disappeared, taken by some illuminated and supernatural force.  She's driven by her love and determination to get him back no matter how impossible that task may be. 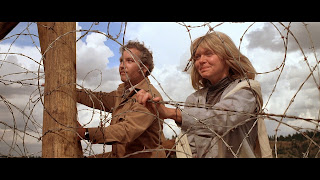 She and Roy, a married family man, bond in their belief that there's something out there...something in the skies that has made contact with Earth.  They experience a moment so deeply spiritual, so life-changing and so extraordinary that they kiss.  It's not a kiss of lust and passion.  It comes from a spiritual connection of wonder.  They're like two apostles who just witnessed the miracle of Easter Sunday.  They see the arrival of life from another planet.  Her little boy will be safely and happily returned.

My question is this:  If Spielberg made that film today, could the Melinda Dillon character work as a gay single father whose partner died, leaving him to raise their child alone?  That would be a touch of our modern times.  What do you think?  And I would keep the kiss.  It's important and says more than half a page of dialogue could.

Melinda Dillon.  What a good actress.  One of the best of 1970s and 80s films.  Her poignant work in CLOSE ENCOUNTERS OF THE THIRD KIND got her an Oscar nomination for Best Supporting Actress.  She was also excellent in the Woody Guthrie biopic BOUND FOR GLORY (1976), as the mother in A CHRISTMAS STORY (1983) and as the emotionally troubled sister in THE PRINCE OF TIDES (1991).