He was one of our hottest movie stars of the 1980s thanks to entertaining action thrillers like MAD MAX BEYOND THUNDERDOME and the LETHAL WEAPON movies.  Not only did he star in 1995's BRAVEHEART, he won the Best Director Oscar for his skills behind the camera and he got another Oscar as producer when it won for Best Picture of the Year. 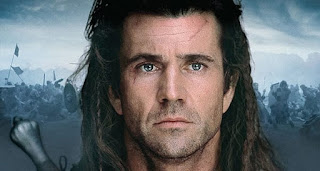 He directed another box office smash -- 2004's THE PASSION OF THE CHRIST.  Then some of his off-screen behavior didn't seem so...Christian.  Like his hard drinking and recorded rants with offensive comments about women, Blacks, Mexicans and Jews.  And he was rude to members of the entertainment press. 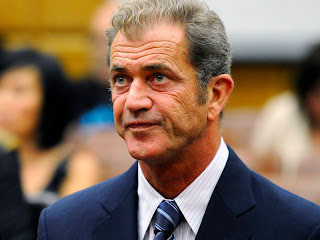 There was a time when the summer weekend opening of a new Mel Gibson action adventure was a top story on shows like ENTERTAINMENT TONIGHT.  That changed.  He starred in a big action movie called GET THE GRINGO in 2012 when press about him had not been flattering.  The movie quickly went to DirecTV. 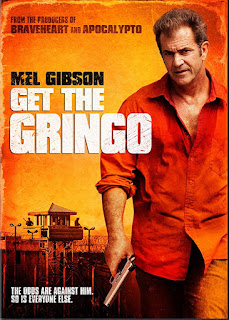 Gibson directed Andrew Garfield to a Best Actor Oscar nomination for 2016's World War 2 biopic, HACKSAW RIDGE.  Gibson got an Oscar nomination for Best Director.  So, it seems he got control of himself and is on a comeback trail. TV is airing spots for his upcoming comedy with Mark Wahlberg and Will Ferrell, DADDY'S HOME 2.

A red flag to Mel's 2010-2011 meltdown came in 1991.  Apparently, he'd been drinking before an interview.  He made homophobic remarks.  Said handsome movie star Gibson to the foreign reporter:  "With this look, who's going to think I'm gay?  I don't lend myself to that type of confusion.  Do I look like a homosexual?  Do I talk like them?  Do I move like them?"

Don't get me started.

Mel's film career began in Australia.  Here are shots of him as Max in 1979's MAD MAX.  Max converses with a bald acquaintance who was watering plants.  Look at their fashion statements. 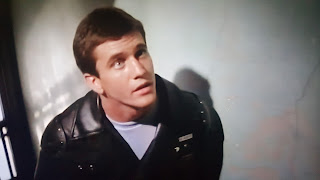 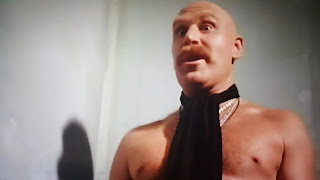 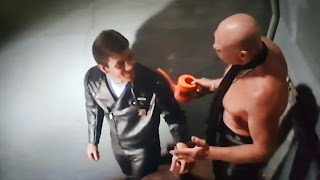 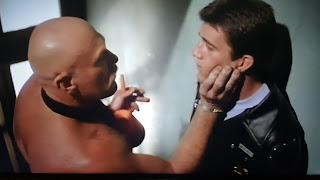 Gibson clicked with Australian TV viewers in the 1979 TV film called TIM.  Piper Laurie co-starred.  Look at this Australian promo for TIM, notice his fashion statements of think of his quote, "With this look, who's going to think I'm gay?": 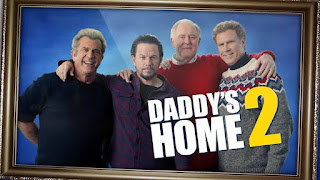