From THE CROWD to PSYCHO

In my previous blog piece, I wrote about some realistic visual detail in a silent film classic, THE CROWD.  That 1928 drama was directed by King Vidor.  The newlyweds in New York City, the housewife and the office employee husband, live in a small, low-income apartment.  In a sequence that takes place on Christmas Eve, we see the wife happily making dinner.  Relatives are coming over from her side of the family.  The husband is getting ready and the bathroom door is open.  Several times, see inside the small bathroom.  There's a sink and a toilet.  When the Motion Picture Production Codes would minimize film-making freedom starting in the early 1930 and be pretty strict through the 1950s, you would not see toilets in Hollywood films.  There would be large, glamorous bathrooms -- like the one Lana Turner had as a ZIEGFELD GIRL (1941) or Clifton Webb as Waldo Lydecker had in LAURA (1944), but you would never see a toilet.  In the bright Doris Day and David Niven comedy, PLEASE DON'T EAT THE DAISIES (1960), we see a family outgrow its Manhattan apartment and move to a big house in Connecticut.  There's a scene in the apartment bathroom.  The toilet is implied.  We don't see it.  THE CROWD gave us a realistic look at working class life in the big city. 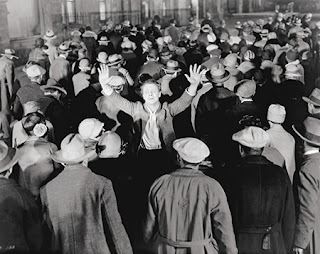 The production codes were moral guidelines.  Basically, codes felt like the unlikable, conservative new principal in a high school for the performing arts.  Starting in the early 30s, there were rules against nudity, scenes of passion and lustful kissing, discussions of sexual aberrations, too much alcohol for a good time (Prohibition was in effect) and interracial relationships.  Those were some of the production code no-no's.  Realism like Vidor's in THE CROWD would disappear for a time as the Hollywood film-making technology advanced. 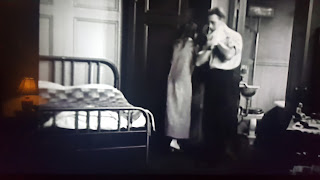 Directors like Billy Wilder (SOME LIKE IT HOT, THE APARTMENT) and Alfred Hitchcock artistically challenged the codes by showing that they'd grown outdated because society had grown up.  Look at Hitchcock's masterpiece.  Just like Vidor's THE CROWD, Hitchcock shows us a toilet.  It's a realistic visual because it's in a motel bathroom next to the shower. 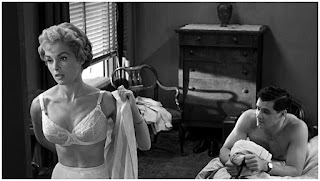 Hitchcock's 1960 shocker was a groundbreaker.  And a box office champ.  Just like Doris Day and Grace Kelly, blondes who had a "good girl" movie image and did lead roles for Hitchcock, Janet Leigh was blonde and had graduate from years of a "girl next door" image at MGM in the 1940s.  Come the 1950s, she'd be half of one of Hollywood's hottest couples.  She was married to Tony Curtis.  Hitchcock cuts away that "good girl" image and makes her a sexy, smart, non-virgin.  I'm sure you've seen PSYCHO and don't need me to tell you what puts her character, Marion Crane, on the road to the Bates Motel. 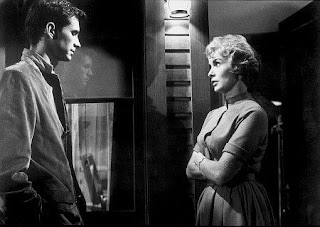 Not only does Hitchcock do the unheard of -- he kills off the leading lady played by a top Hollywood star in the first third of the movie -- he has her character fall over dead in a close-up with....a toilet. 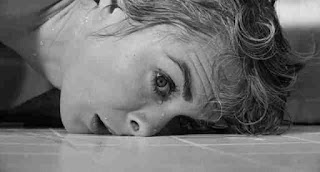 If you had shown an MGM leading lady in the same shot with a toilet in the 1940s, the head of studio boss L.B. Mayer would've exploded like those of the evil aliens hearing Slim Whitman music in MARS ATTACKS!

Three of the top ten box office hits for 1960 were PSYCHO, Billy Wilder's THE APARTMENT and PLEASE DON'T EAT THE DAISIES.

In a way, an ordinary toilet became a visual symbol of early realism and later revolution in film-making.

There's a new documentary out about the famous shower scene in Alfred Hitchcock's PSYCHO.  From IFC Films, it's called "78/52."  The title refers to the number of shots and the number of edits in that terrifying murder scene.  Here's a link to click onto for the trailer.  Watch:
https://youtu.be/rNHwKKdirxo