In the mood for some French kissing?  I've got a double feature DVD rental tip for you and both movies star the divine Catherine Deneuve.  This Deneuve double feature gives you love, loss, laughs, fabulous fashions and memorable music.  My first pick is the film that put the beloved French actress on the international map.  It's the beautiful and bittersweet musical drama, 1964's The Umbrellas of Cherbourg.  Jacques Demy directed it.  Michel Legrand composed the lovely music.  The entire movie is sung and subtitled.  A somewhat old story is given a fresh, hip, jazzy treatment with eye-candy colors.  Deneuve plays the young lady who works in an umbrella shop. 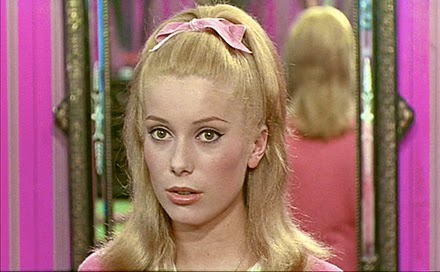 She works in the shop with her mother, a widow having tough financial times.  She's a bit of a snob who worries about her daughter's social class standing.  The daughter's boyfriend is too blue collar for mother's taste.  He's an auto mechanic. 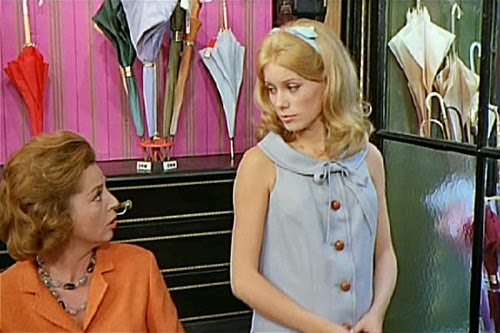 The boyfriend cares for an ailing relative.  The young lovers want to get married but can't.  He gets drafted.  After he leaves for military service, she discovers she's pregnant. 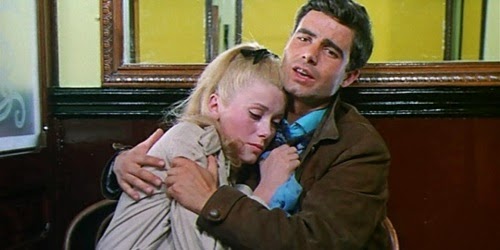 Eventually, she marries a prosperous older gentleman for financial security -- and then her true love returns.

If you've heard jazz vocalists and musicians perform the songs "I Will Wait For You" and "Watch What Happens," those two hit songs originated in The Umbrellas of Cherbourg.  English lyrics were provided and they did very well on the pop charts when Americans fell in love with this new foreign film.  (Lena Horne's rendition of "Watch What Happens" knocks me out.)

I'm attaching my 2-minute podcast review of the second feature, Potiche.  My buddy Keith Price, Sirius OutQ morning radio co-host, got plenty of giggles seeing this 2010 feature at a screening.  He loved it and told me to get on the list for another screening.  I'm glad I did.  This Catherine Deneuve comedy had me laughing in the first five minutes and it kept a smile on my face up to the closing credits.  It's a fun farce that takes us to a factory strike in the 1970s.  Deneuve plays the pampered middle-aged woman married to a businessman you just want to slap repeatedly.  He's a prick. 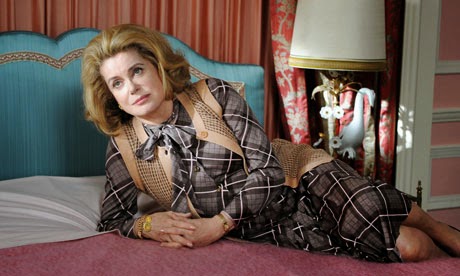 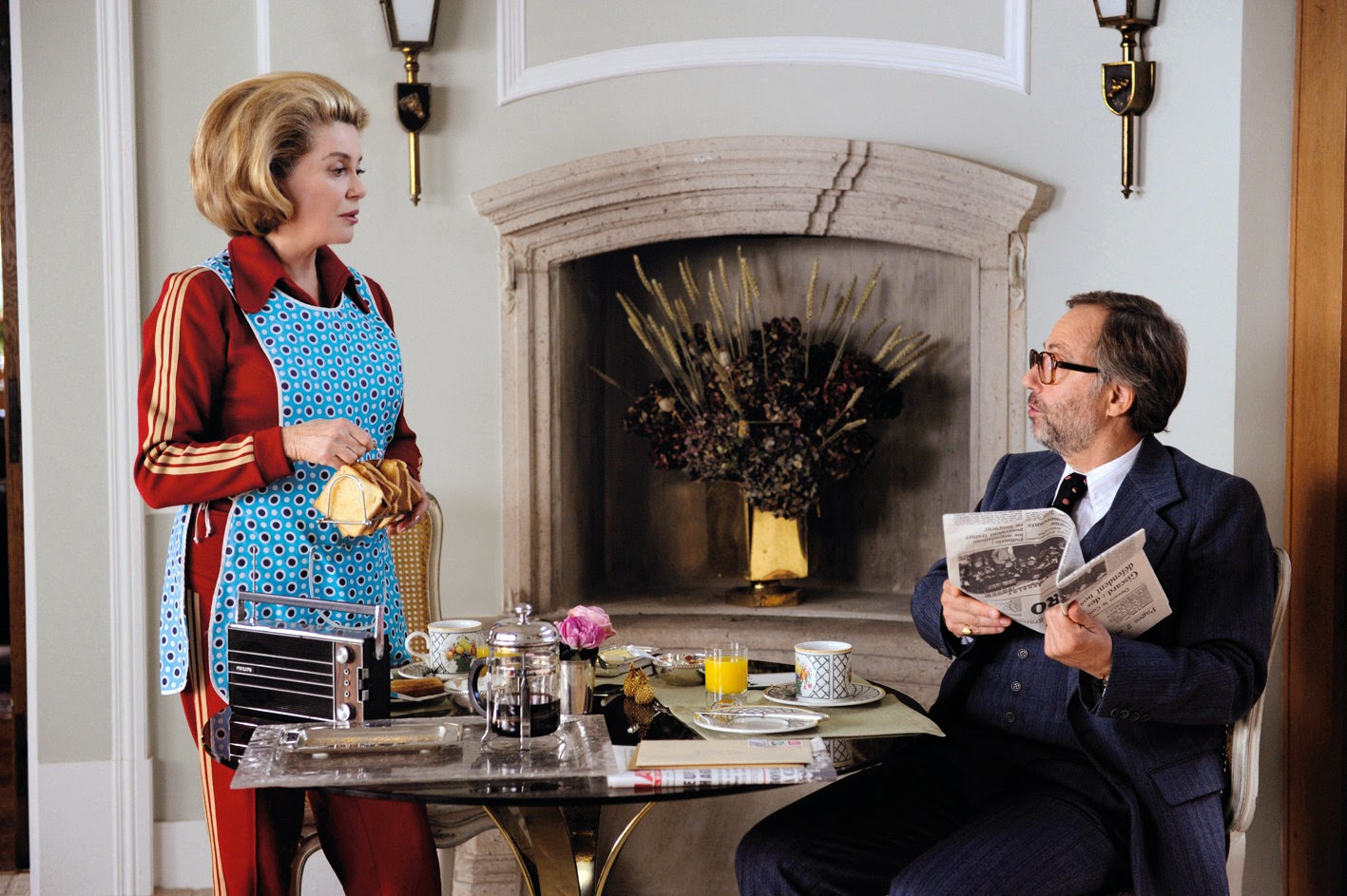 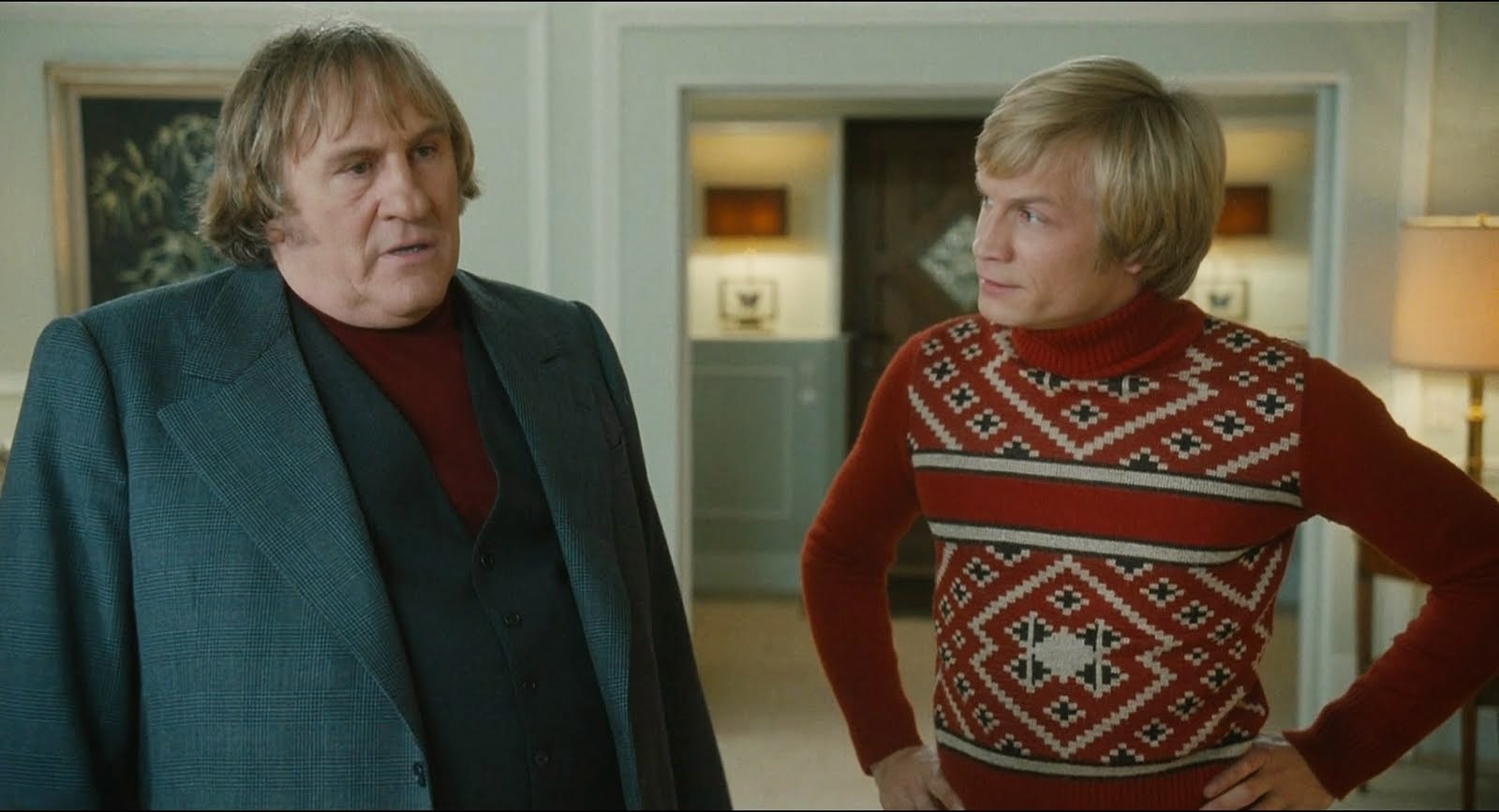 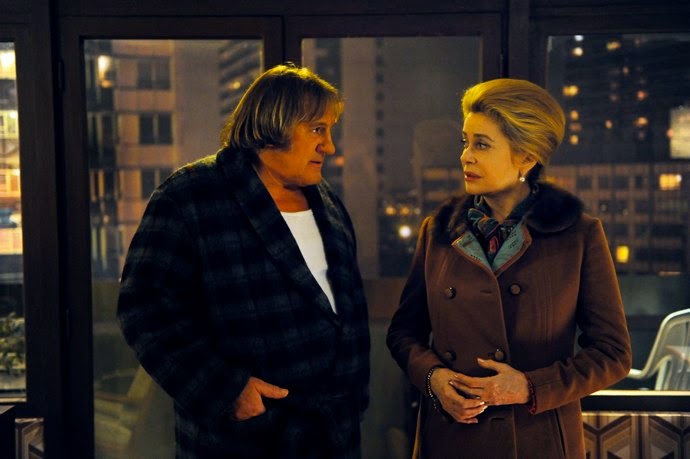 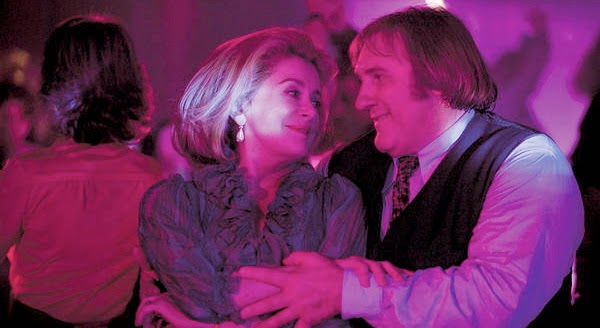 Things go comically haywire in her family.  The rather provincial housewife and mother is thrown into the role of businesswoman and has to run...an umbrella factory. 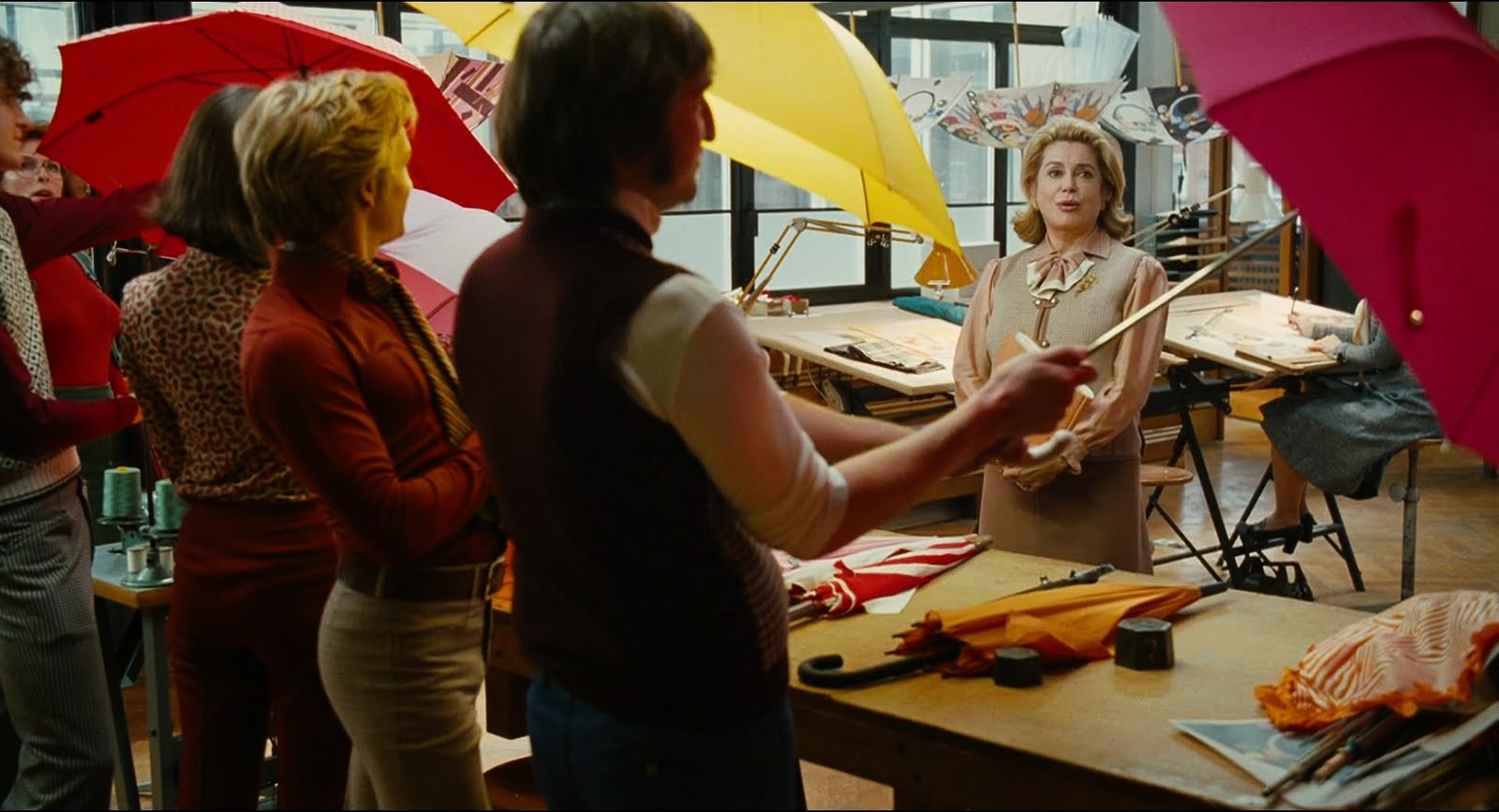 See why I coupled it with The Umbrellas of Cherbourg?  Here's my 2010 podcast review of Potiche, a subtitled comedy directed by the handsome Francois Ozon. 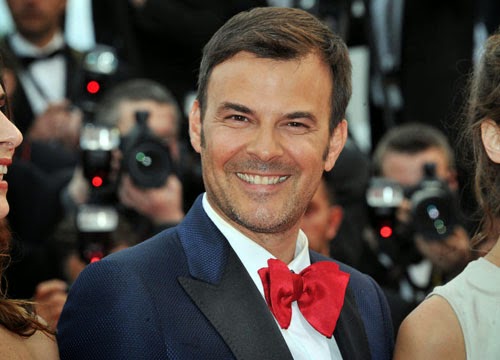 I'm still surprised there hasn't been a Hollywood version of this sweet French comedy.