One way or another, we all want to escape.

In The New York Times last Friday, there was a big ad in the Weekend Arts section for the movie Begin Again.  The top of the ad read "As The Summer Ends, The Oscar Race Begins Again."

For me, the Oscar Race began before the summer when The Grand Budapest Hotel opened.  I loved that movie so much, I spent money to see it twice.  One of the several fine performances delivered in that Wes Anderson period comedy came from Adrien Brody.  He plays one of the heavies in the film, a film that would be on my end of the year "10 Best of 2014" list.  If I was asked to compile one. 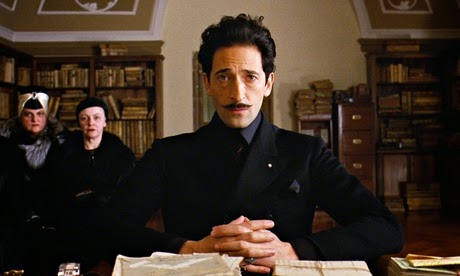 In Wes Anderson's The Grand Budapest Hotel, we see characters who want to escape danger. 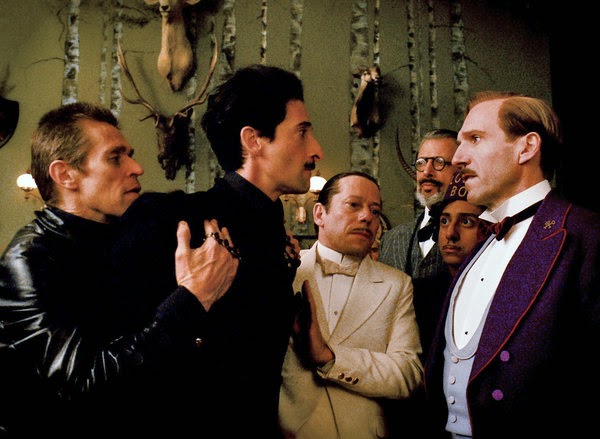 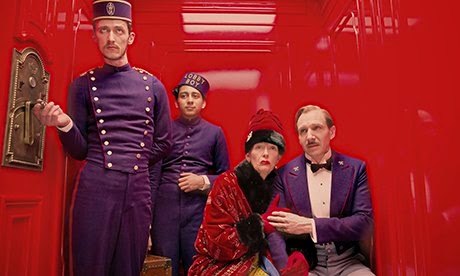 That theme of escape carries over to Adrien Brody's new work.  The first part of it premieres Monday, September 1st, on History Channel.  Brody plays a legendary showman who says "I don't want to escape life, I want to escape death."  Adrien Brody stars as Houdini.  This controversial entertainer was  definitely a piece of special delivery chain male. 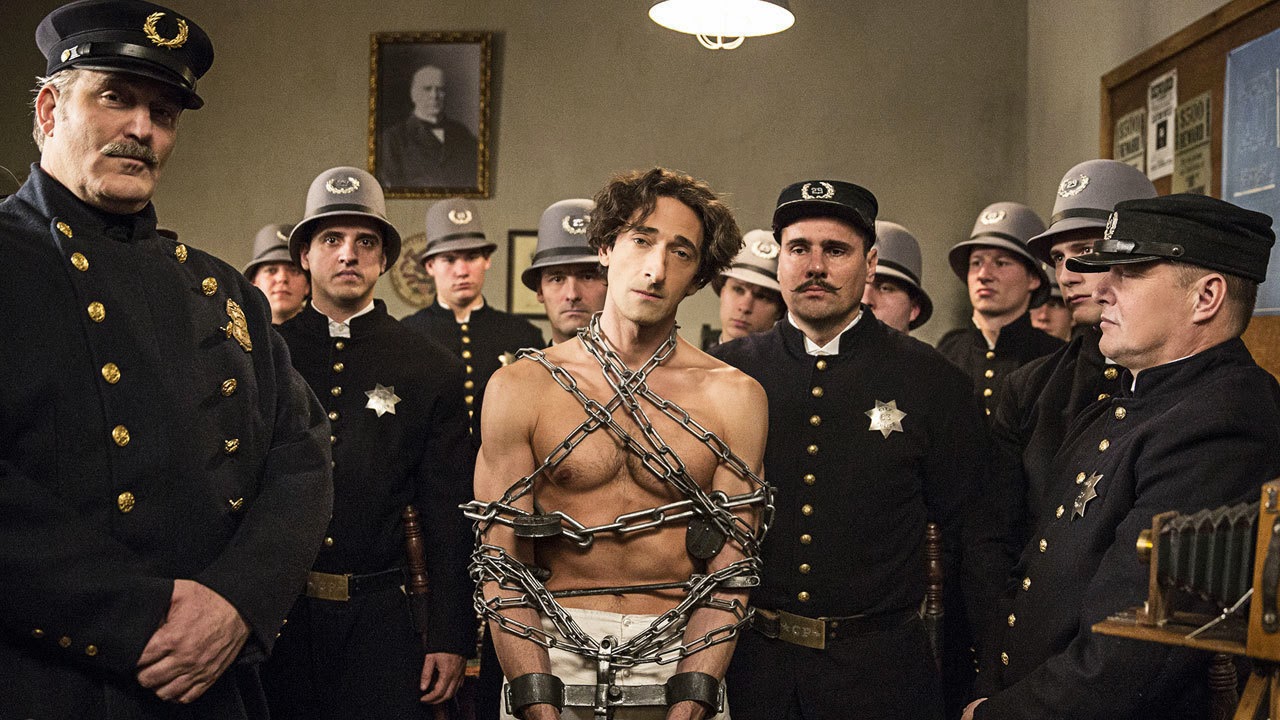 Brody is not the first actor to play the famed Harry Houdini.

Tony Curtis, seen on the far left, played him on the big screen in the 1950s.  Paul Michael Glaser, next to Curtis, played him on TV in the 1970s.  Other actors have appeared on screen as Houdini.  Adrien Brody really puts his colorful stamp on the character in the first half of this very entertaining TV biopic. 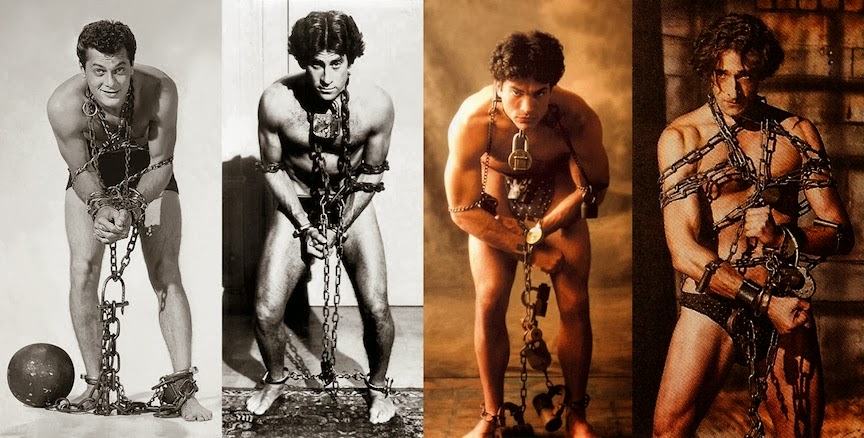 Don't get me wrong.  I'm not implying that the last half sucks.  For some reason, I was given access to part one, but the screener for part two was unavailable to me.  However, just like I did with The Grand Budapest Hotel, I watched the first half twice.  I loved part one of Houdini that much. 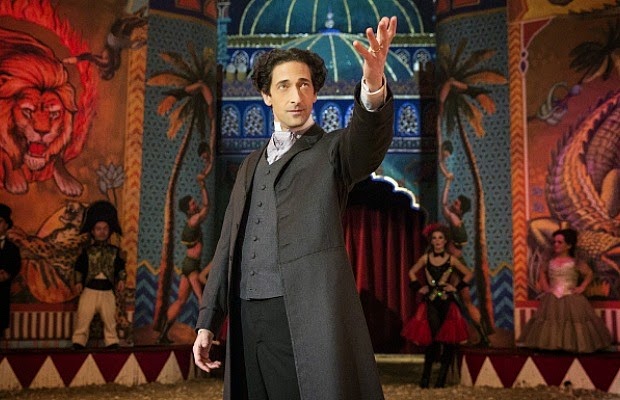 It's colorful, it's vibrant, it's interesting, it moves.  You're hooked because you want to know how Houdini did those tricks.  How did he escape while chained?  How did he stop a bullet with his teeth?  Brody has charisma in the role, he really connects to the character and -- let's face it -- he's a talented actor.  Brody won the Best Actor Academy Award for his performance in 2002's historical drama, The Pianist. 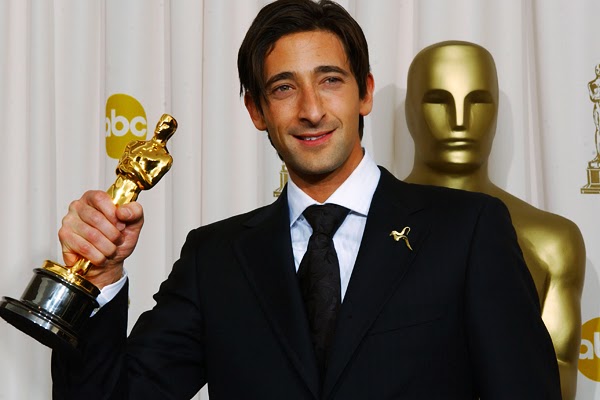 There's a touch of the Golden Age of Hollywood about History Channel's Houdini.  Like in a 1930s movie starring Tyrone Power, twenty years pass by yet the lead characters look the same.  No weight gain, no hair loss, no saggy skin. 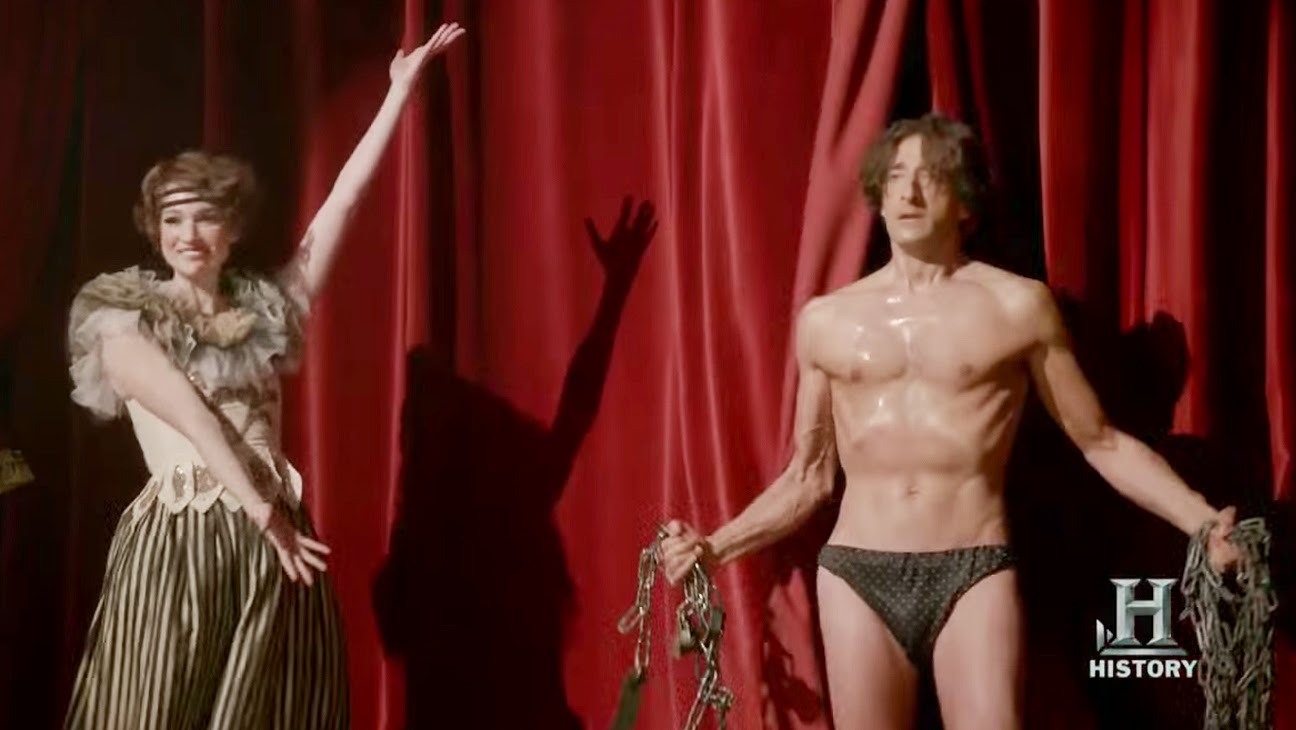 You can't blame Harry Houdini for wanting to reinvent himself and escape his background.   He and his Jewish family members were misfits within a group of misfits who immigrated to Appleton, Wisconsin.  He Jewish father got fired by Jews for sticking with the ways of Budapest and not coming up to Appleton, Wisconsin standards.  Young Houdini, born Erich Weiss, witnessed his dad being treated like a nobody.  He didn't want to be like his dad.

We see him become a master illusionist after becoming fascinated with a rather macabre sideshow act in his youth.  We see him fall in love.  We see him find a helpful and devoted assistant who enables Houdini to kick his act up a notch. 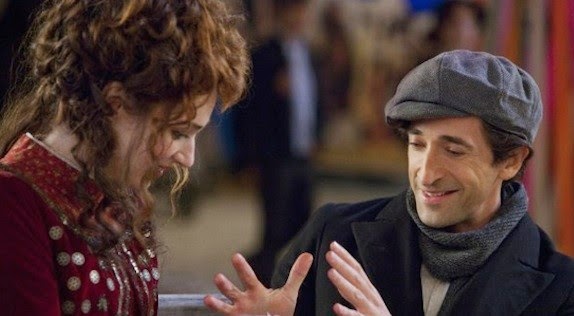 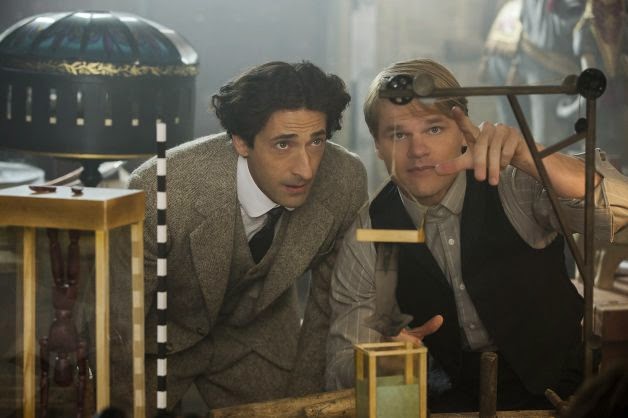 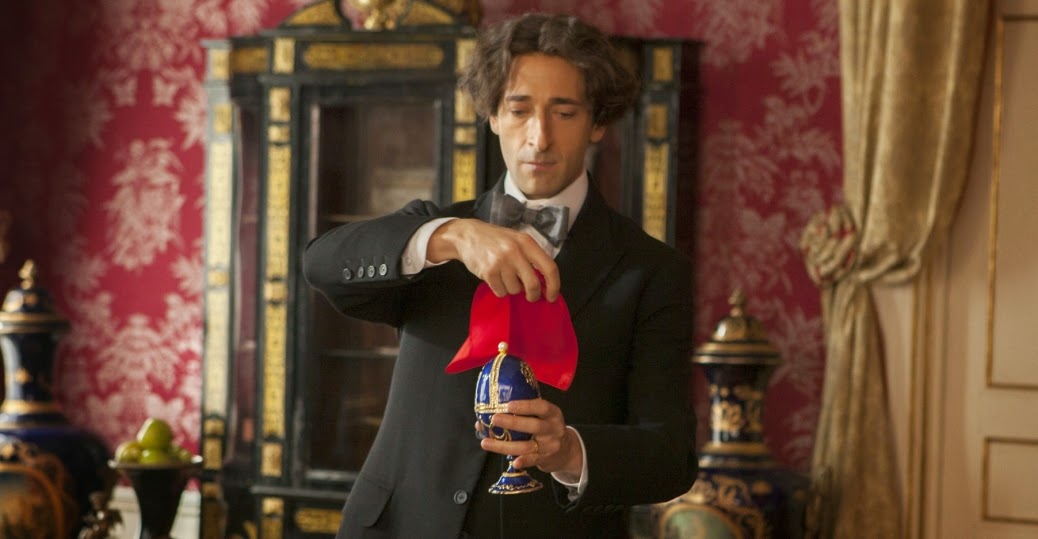 We see Harry Houdini perform for and amaze royalty.  We see him do espionage work.  When his popularity fades a bit, the driven showman will reinvent himself when new technology attracts audiences to a new guy in a new medium.  Charlie Chaplin is a star in silent movies on big screens.

If you get a chance to see History Channel's Houdini, I think you'll dig it.  I can't wait to see the last half.  I hope it's as entertaining as the first.

This week I saw the new movies November Man starring Pierce Brosnan, The Last of Robin Hood starring Kevin Kline and Susan Sarandon and a non-scary horror/thriller called As Above, So Below.  None of those was so much fun that I wanted to see it a second time the way I did the first half of Houdini.  It was like a fun Saturday matinee at the movies.

To repeat, I really hope that part two is just as entertaining as part one. 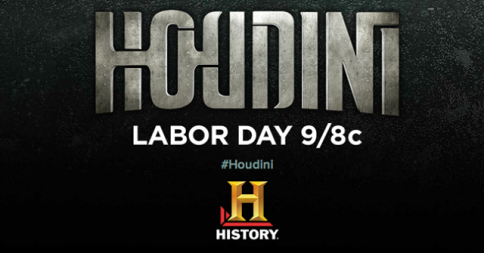