On AS ABOVE, SO BELOW

It's established early on that the young, pretty and slim British woman is an impressive intellectual.  She's got a couple of degrees.  She speaks about four languages.  She says, "I'm a student of history.  Of alchemy."  Fine.  But just because you're an intellectual does not mean that you've got good common sense.  Very little makes sense in the new alleged horror thriller, As Above, So Below. 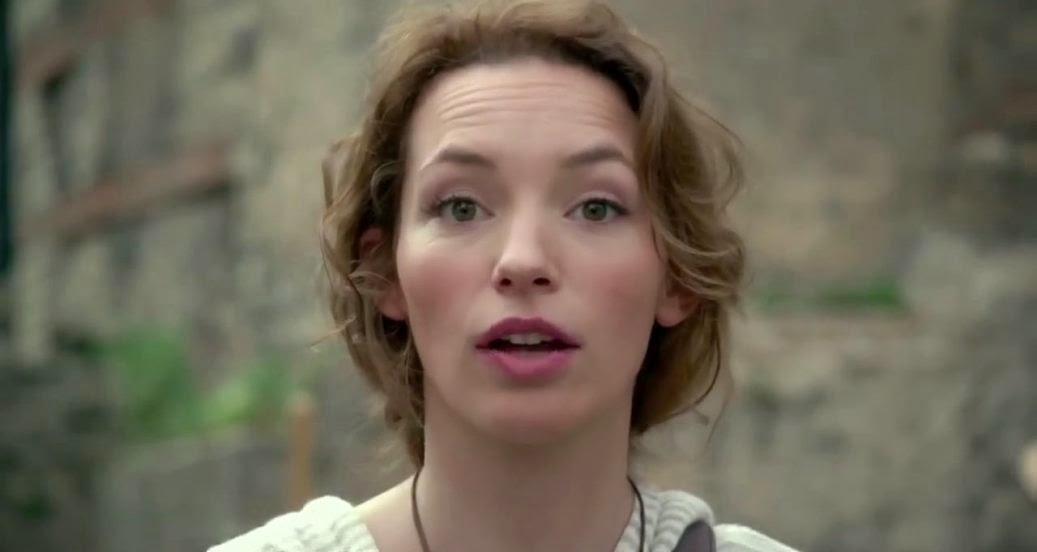 Scarlett, the young archeologist, is obsessed with finding something her late father sought.  It's a rock.  Something of a magic rock.  It's one of the several things not fully explained in the movie.  We meet her  on a secret personal mission in Iran where she has a kind Iranian risk his life to help her find some ancient writing on a cave wall in a war-torn community.  He repeatedly orders her to run for it when dangerous military approaches.  She ignores his warnings because it's all about her and what she wants.  Then we're taken to France where she's positive that the ancient item she seeks, and that her father wanted to find, is in the bowels of Paris.  It's in a hidden cave in The Catacombs, a historical location full of the bones of hundreds of people who died hundreds of years ago.  That means she will crawl through dirt-filled, dark chambers underground.  For this mission, she shows up dressed as if she's auditioning for a stage version of Flashdance.  A white sweater with one shoulder pulled down like the popular Jennifer Beals fashion statement in the 1980s movie.  Remember this look? 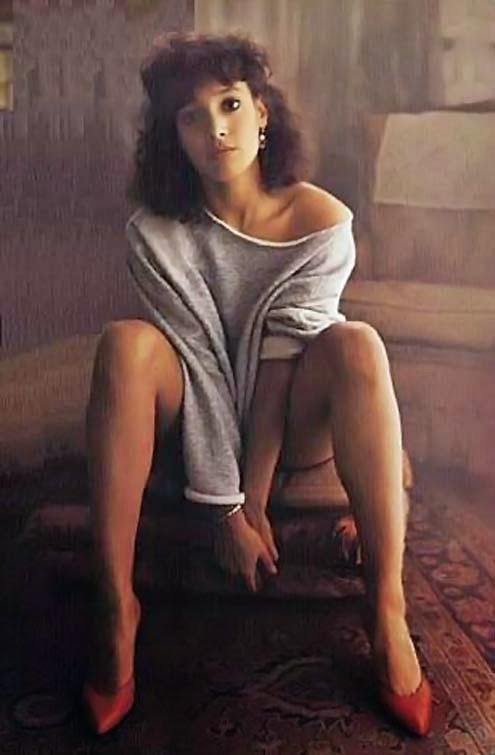 That's how Scarlett is dressed for a secret archeological expedition in underground Paris.  But wait.  There's more.  To get her underground without officials finding out about the expedition, she recruits the aid of a young French team that looks like a new rock band you'd see on Saturday Night Live.  Or housemates on a Parisian version on Big Brother.  The French hipster in charge wants half the buried treasure that Scarlett leads him to believe they'll find.  There's a black guy on the team.  When we black moviegoers see a black man in a scary movie, we never expect him to be around for the last act. 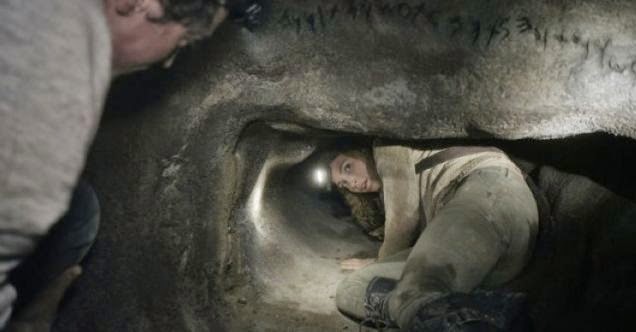 Scarlett is on a quest but, apparently, it's not for money.  She tells someone that.  But then what the hell is it for?  A National Geographic cover story?  A network TV news profile? A book deal?  What?  She's so self-centered and irritating in this quest.  There's a lot of mumbo-jumbo about mythologies coupled with camera work that reminds you a bit of The Blair Witch Project.  In the beginning, a man mentions that such a search could cause insanity.  The one who made me crazy was Scarlett.  She has no regard for museum property as she takes one item off a wall and pours chemical fluids on it... 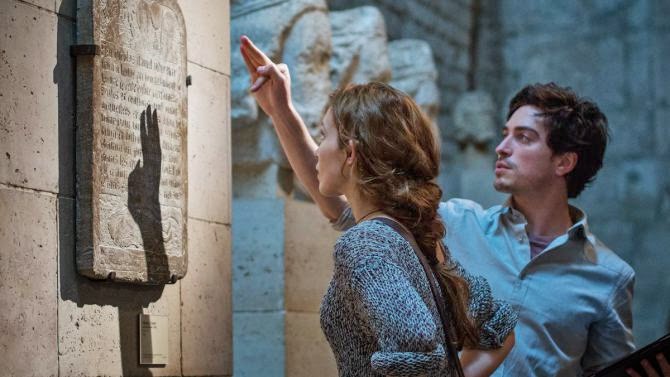 ...and she's crawling through a cave wearing something white and partially off-the-shoulder.

In classic old Hollywood horror movies, like the ones starring Boris Karloff, you were given details.  If an ancient curse was disobeyed for the sake of greed, you knew why The Mummy came back to life and was killing people in that 1932 film.  In a ghost story like 1944's The Uninvited, you learned who the ghost was.  In 1961's The Innocents, we discovered the identity of the ghostly apparition.  In Alien, we were told how the alien creature got onboard and how dangerous it was.  In the excellent 2007 Spanish thriller, The Orphanage, we learned who the ghosts were.

We don't learn shit in As Above, So Below.  We see a zombie-like brunette appear and scope out the expedition crew before it goes underground.  We see her in the hidden chambers.  We never learn who or what she was.  We don't learn how a rotary phone wound up in the catacombs -- and still works.  And who was that on the phone to Scarlett?  Also, the invisible, mighty force that violently pushes crew members before they start the major part of their underground journey -- shouldn't that have been a clue that they might be in danger seeking hidden chambers with a magic rock in the bowels of France? And who or what are those ghosts or monsters in the caves?  Why are there personal visions that freak out crew members?  Don't the expedition team members have relatives who may get curious if they're never heard from again?  And could Scarlett maybe apologize for irresponsibly leading a team of young explorers into an ancient curse?  Now playing in cineplexes, here's a trailer for As Above, So Below.
This script has more holes that The Catacombs do.  Capable actors are given a script that could have been fixed and improved by a quartet of clever high schoolers.  For a scary movie, As Above, So Below is not that scary.  And it has the most unsatisfying end since my prom night.  About the archeologist leader -- when she proclaims yet another theory after things got deadly, you wished one injured crew member would slap the spit out of Miss Scarlett and say, "Frankly, my dear, I don't give a damn."