He won the Best Actor of 1955 Academy Award for his performance as Marty. 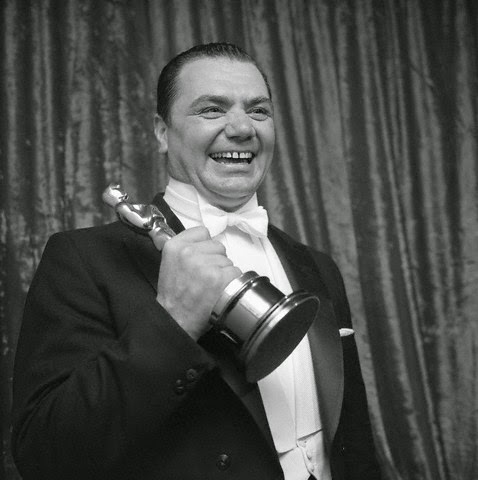 It must be great to be a hot-looking actor like Zac Efron or Channing Tatum.  However, there was Ernest Borgnine.  Not exactly a handsome leading man but a solid actor who stood out in small roles before his Best Actor Oscar triumph and continued to work steadily into his 90s.  You notice Borgnine in his brief early roles in Demetrius and the Gladiators, the western Johnny Guitar and the World War 2 drama, From Here to Eternity.  He was great at playing a heavy, like in Bad Day at Black Rock. He could also play against that image.  He's a frightened Amish family man in Violent Saturday (1955) and, as a songwriter, he's one the best things about the big Fox musical comedy biopic, The Best Things In Life Are Free (1956).  Back in 2009, he gave an outstanding and moving TV performance in an episode of ER.  I bet a lot of Hollywood hunks wish they could consistently book work the way non-hunk Borgnine did.

Saturday, August 23rd, is Ernest Borgnine Day on cable's Turner Classic Movies.  Borgnine looked like he was born to drive a truck instead of being a movie actor.  But a movie actor he was -- and a fine one.  When a lot of us baby boomers were youngsters, we laughed at him every week on TV.

Sally Field, Tom Hanks, Robin Williams and Ron Howard starred on ABC sitcoms.  They graduated over to the big screen and won their Oscars for dramatic film work.  Field, Hanks and Williams won for acting.  Howard won for directing the 2001 drama, A Beautiful Mind.  Ernest Borgnine won his Oscar for a dramatic film role then went on to years of success in the 1960s starring on the ABC sitcom, McHale's Navy. 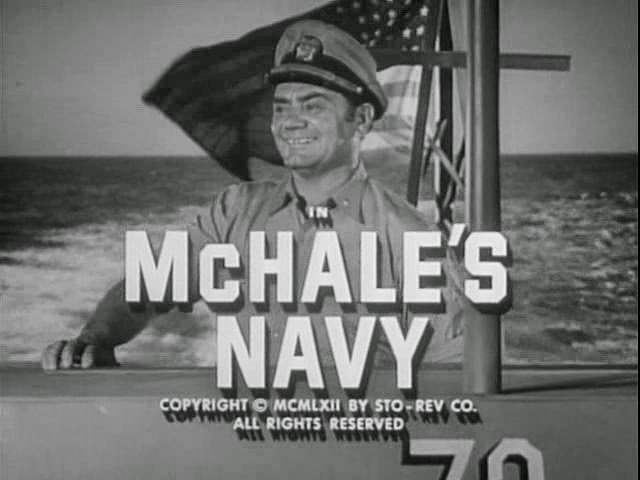 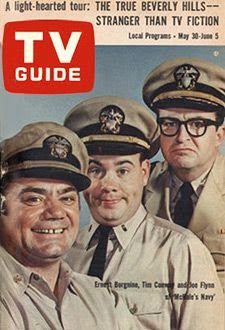 My two young nephews listen to his voice just about every day and don't even known it.  They love SpongeBob SquarePants, the cartoon series in which Borgnine reunited with McHale's Navy shipmate, Tim Conway, for more nautical laughs.  Borgnine voiced the portly Mermaid Man and Conway did Barnacle Boy. 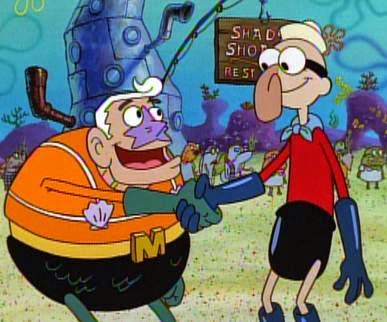 About Marty.  Man, how I love and connect to that performance Borgnine gave.  It goes right to my heart with its working class truth and honesty. 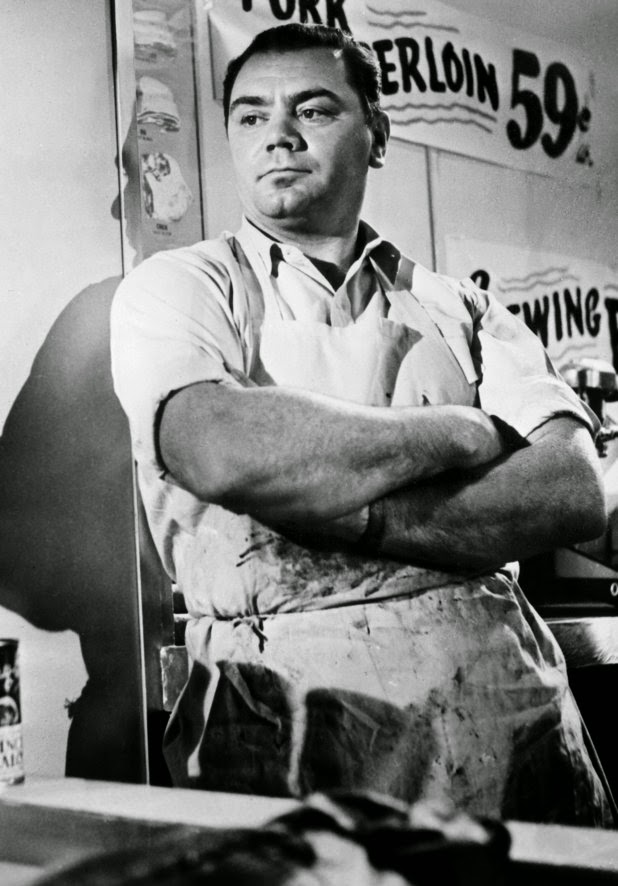 There's one scene that wows me and touches me every time.  It's the phone scene.  Marty, the lonely Catholic butcher who lives in New York with his mother, gathers the courage to call a young woman he met.  He politely tries to ask her out on a date.  Marty's Italian mother wants him to meet a nice girl and get married.  He knows he's not handsome and he knows that, in the world of dating, looks count. 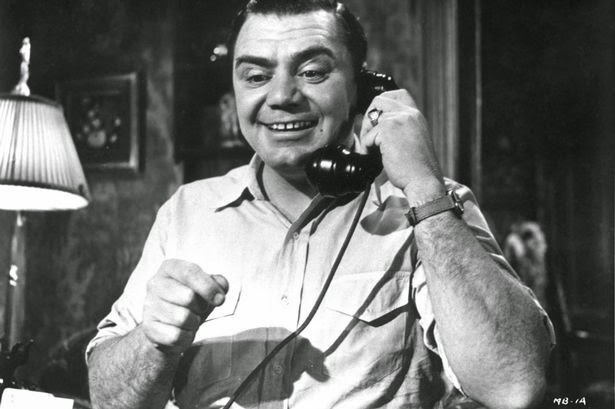 We never hear the young woman's voice during the phone conversation.  Just his.  But we know what she has said and the tone of her attitude from his reactions and his verbal responses.  He's a good, kind man who is not always treated kindly.  When the rejection comes, he closes his eyes and swallows -- as if trying to swallow another dose of heartache that life has served him yet again.  With the humiliations from society, the pressures of family and friends plus the conflicts of his Catholic upbringing, his heart is as raw as the meat he wraps up for customers. 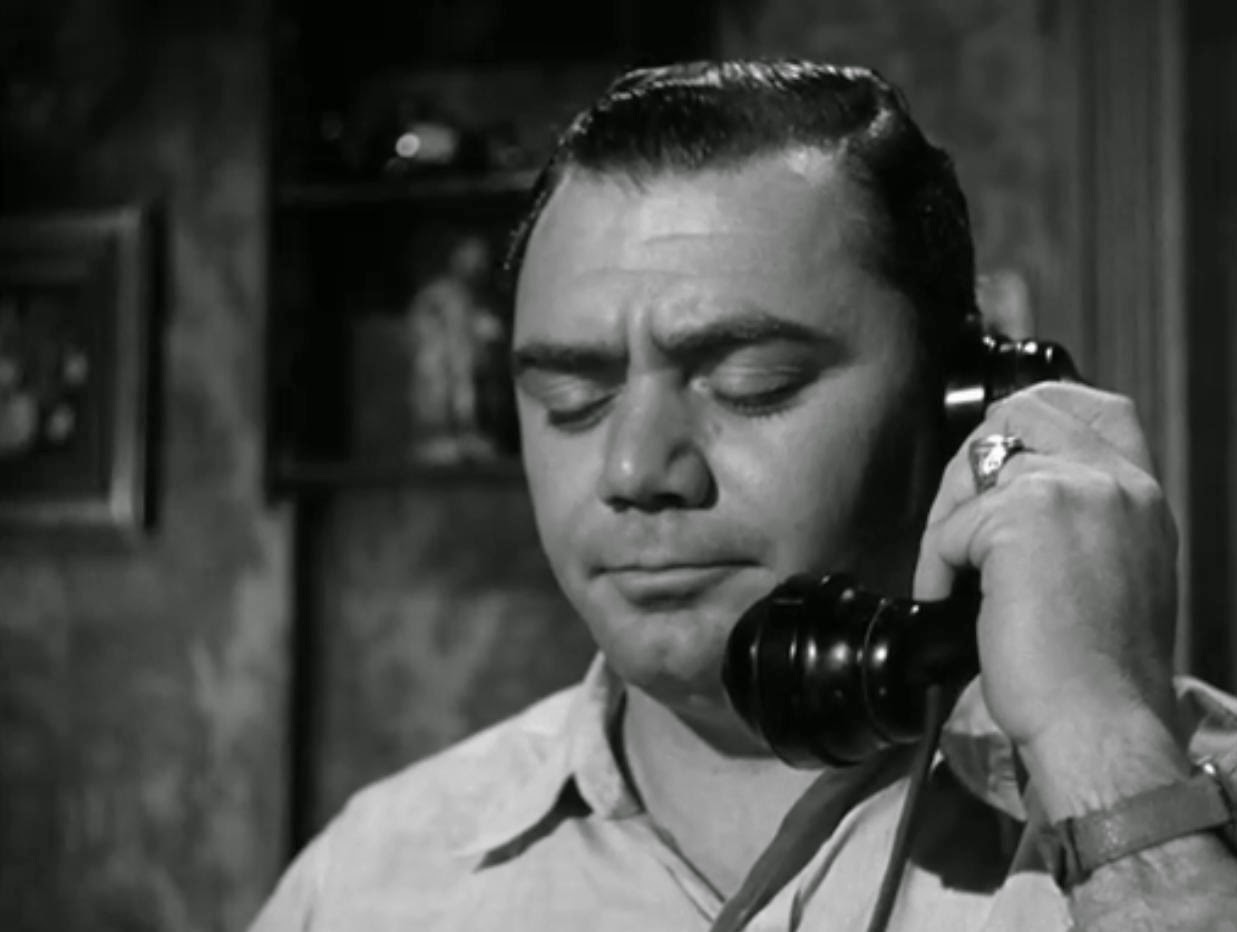 That scene moves me because I have lived that moment calling someone for a date.

Every guy -- regardless of color, creed or sexual orientation -- should see Ernest Borgnine as Marty in that scene.  Millions of us have lived that moment.  Marty puts us on common ground. Gay men should  watch this.  It's a sad fact that our community can be one in which a man's sole worth is based on his looks.  He needs to be eye-candy.  A shallow snob with a ripped torso who looks terrific in swim trunks can get invites to the fabulous parties.  But if you look like Marty and rescued some orphans from a burning building, you could be sitting alone at the bar in a gay club in West Hollywood, catch on fire yourself, and no one would pick up the seltzer gun to put out your flames.  Personally, in New York, I was once told what a wonderful guy I am.  Then his statement ended with "...but I'm really into bodybuilders."  And I've been stood up on dates. 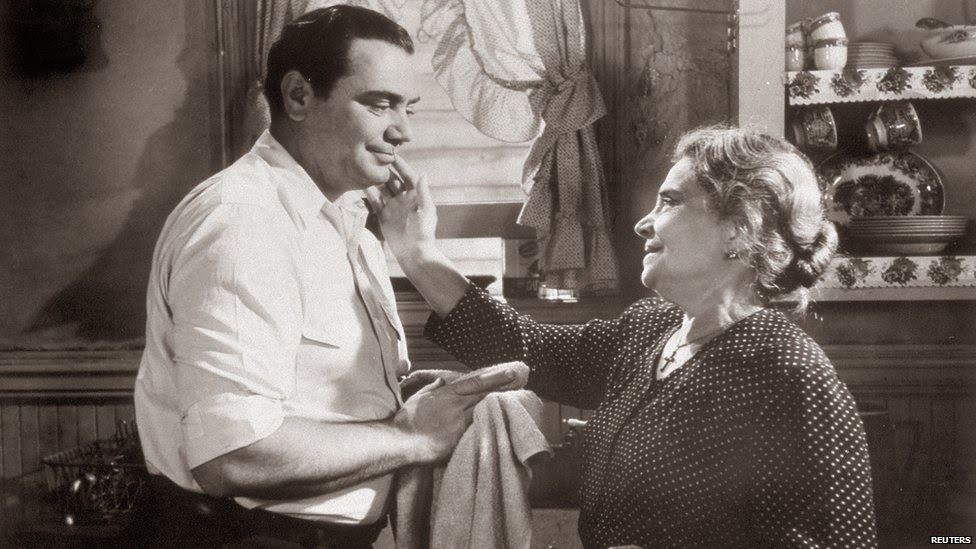 I've been a Marty.  And that's the richness of Borgnine's performance.  He wasn't acting Marty.  He was Marty.  You felt like you knew that guy.  Ernest Borgnine deserved that Oscar.  In this age of The Bachelor and The Bachelorette, this film with its screenplay by Paddy Chayefsky, is still relevant.  It's a touching essay on loneliness that ultimately reminds us that true love is not a gift exclusively for the young and gorgeous. 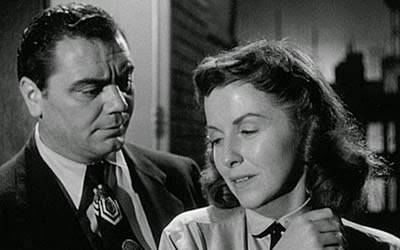 Borgnine starred in the film adaptations of two works that were originally TV plays.  Both films -- Marty and The Catered Affair co-starring Bette Davis and Debbie Reynolds -- are in Saturday's TCM line-up.