Audrey Hepburn, On Her Toes

Audrey Hepburn danced beautifully.  We see that in Funny Face co-starring Fred Astaire.  They were a wonderful team dancing to classic Gershwin tunes.  She also danced in My Fair Lady.  As Eliza Doolittle, she didn't dance as much as she did in Funny Face but her winning moves were directed by Astaire's longtime choreographer/best friend going back to his iconic RKO musicals in the 1930s, Oscar winner Hermes Pan.

A black and white British drama that shows off Audrey Hepburn's extensive classical ballet training more than either of her big Technicolor musicals did airs Friday, August 22nd, on cable's Turner Classic Movies.  If you're a Hepburn fan, you may want to watch it and/or record it.

The 1952 British thriller is called Secret People.  It focuses on the complex issue of political anarchy vs. doing the right thing.  We're taken to London in the 1930s.  A waitress, a sweet foreign refugee trying to survive and live a peaceful life, gets involved in the assassination plot against a dictator.  Her father lived and died under the dark cloud of government tyranny.  Audrey Hepburn plays the working class refugee's youngster sister, a ballet dancer.  "It's her whole life" is how the older sister, Maria, proudly describes Nora's dancing.  Maria adds, "She's always talking about her dancing, her agent, her classes."  The casual remark will be used in the web of intrigue. 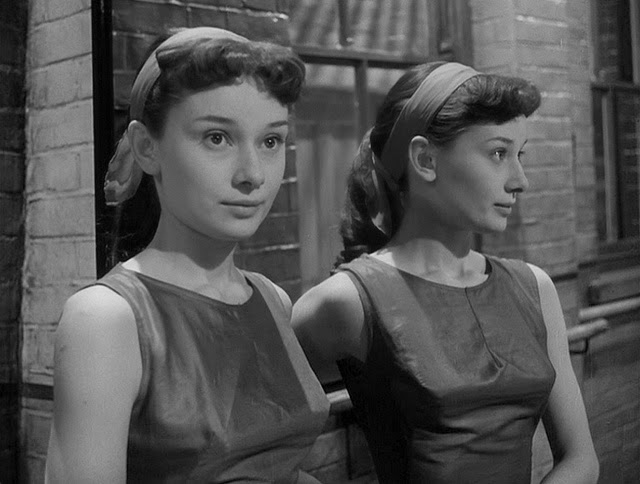 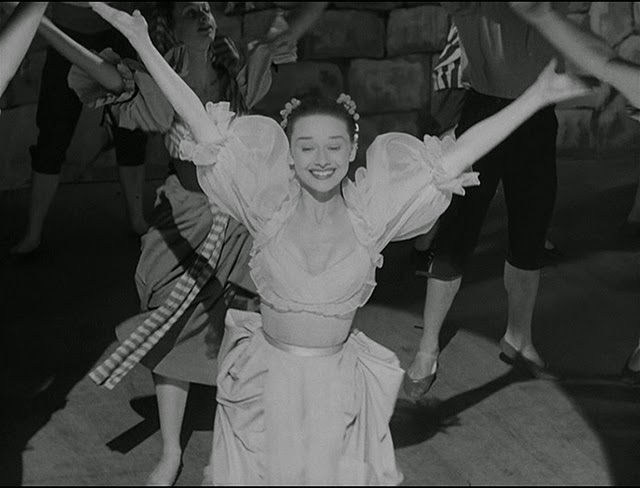 The innocent ballet dancer will be in danger. 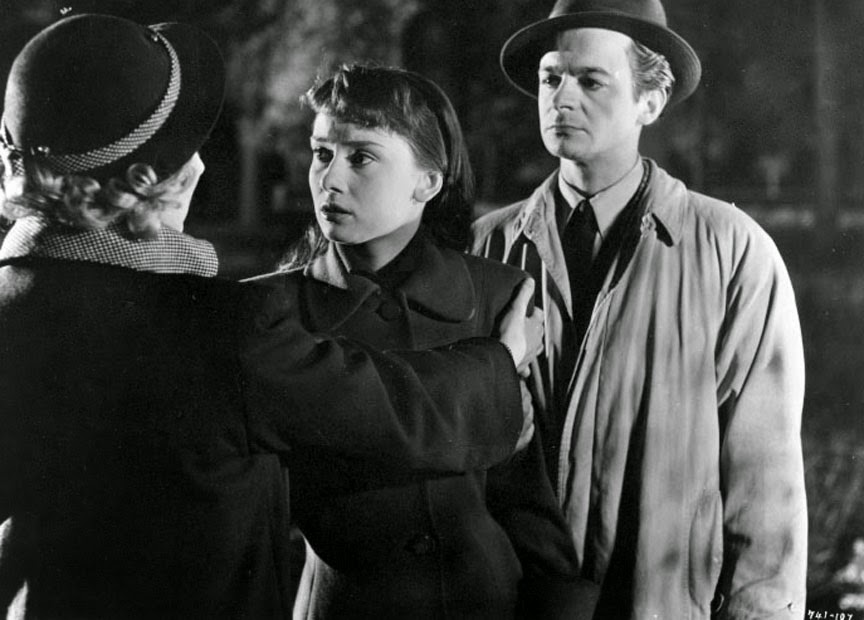 Maria, the waitress, is one to whom the film's title applies.  Many of us have a hidden "secret person" unknown to ourselves.  Dramatic, unexpected events can force that inner person to come out in a way that alters one's life. 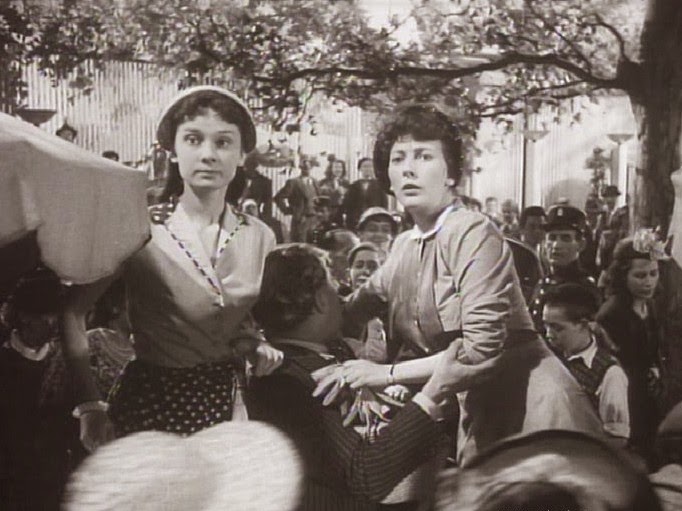 I like this film very much.  It's an intelligent suspense tale, smart like The Third Man.  However, it lacks that little something extra, that certain bite that The Third Man has.  It needed a touch of the Carol Reed classic or a touch more of what Hitchcock did in 1942's Saboteur.

Nonetheless, Secret People is driven by one excellent performance by sad-eyed Valentina Cortese as the refugee caught up in the political plot.  She makes this intrigue worth watching.  So does young Audrey. 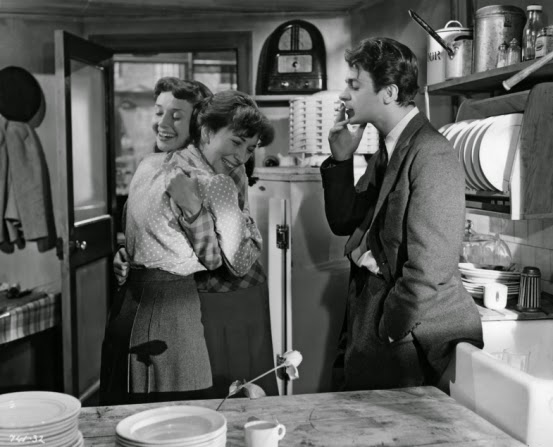 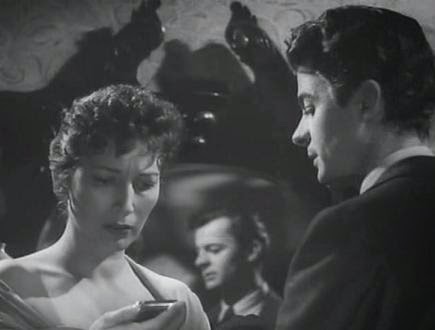 When you see young Hepburn in this film, you understand easily why she was contacted to screen test for the role of the runaway princess in William Wyler's Roman Holiday, the film for which she won the  Oscar as Best Actress of 1953.

It was not just elegance, loveliness and sophistication that got her the Oscar-winning role.  It was all that plus definite screen charisma and acting talent. 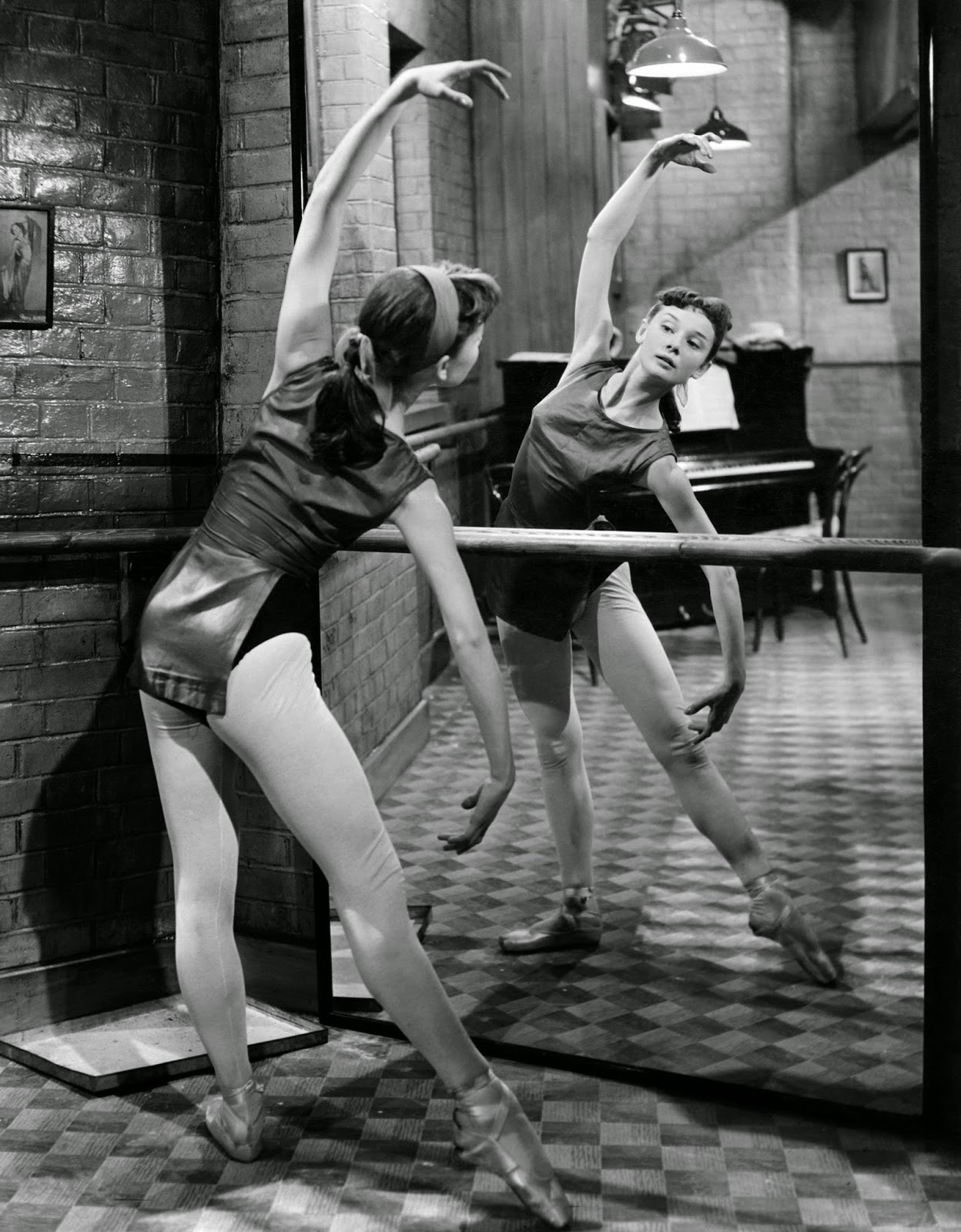 So, make it a point to see Audrey Hepburn en pointe as the ballerina in the political suspense thriller, Secret People.  It airs Friday morning, August 22nd, on TCM.