Talk about being snubbed by the Oscars.  Although they were eligible, not a single one of the Paul McCartney and John Lennon compositions in their hit 1964 madcap pop music comedy, A Hard Day's Night, was nominated for Best Song.  Besides the title tune, their other new songs in the movie were "And I Love Her," "Can't Buy Me Love," "This Boy," "Tell Me Why," "I Should Have Known Better," "I'm Happy Just To Dance With You" and the tender number that went on to become my favorite Beatles song, "If I Fell." 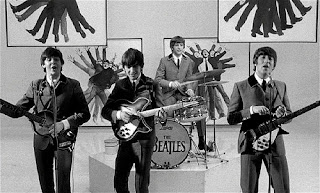 The Academy Award went to "Chim Chim Cher-ee" from Disney's Mary Poppins.  Paul and Linda McCartney were contenders in the Best Song Oscar race for their title tune to the 1973 James Bond adventure, Live and Let Die.  When I was a VH1 veejay and talk show host, I had the extreme privilege and once-in-a-lifetime opportunity to fly to London to interview the pop music legend for a VH1 hour-long special.  This is the kind of work I have loved doing for decades.  Here's a brief clip of Sir Paul chatting with me about James Bond and the classic romantic character he could have played on film.

In modern times, I found myself wishing that I had TV work.  Whether onscreen as a host/entertainer or selling TVs at Circuit City.  On Saturday morning, March 9th, NPR's Scott Simon had a fine, moving feature on the long-term unemployed and under-employed.  The truth and reality of Scott's feature landed on my heart.  I was one of several folks laid-off from a full-time job.  Eventually, being without employment for so long, I lost my NYC studio apartment.  Despite my years of national and local New York City TV credits, no broadcast agent took me on as a client.  Some veteran agents asked me if I had on-camera experience before they rejected me.  I had no representation to help me find employment.  A year after my lay-off, my mother was in a near-fatal situation.  Unemployment began a tough but enlightening period of transformation, reinvention and reconnection that's got me temporarily living with relatives in a California suburb.  I've tried to land TV work -- because it's the work I love.  I co-hosted a pilot currently under PBS consideration.  I also pitched myself for clerical, customer service and retail jobs.  I even interviewed to wear a Gumby outfit and hand out store flyers.  I felt lucky to get each interview in my determination to pick myself up from having been knocked flat by the Great Recession in 2010.  Millions of other Americans know the feeling.  This rough patch has bulked up my faith and my gratitude for the encouragement, advice and kindness from folks I know.  Like Paul McCartney sang, "I'm gonna try with a little help from my friends..."  Keep the faith and don't give up.

So...when I recently got a call from a producer with RLTV, a cable channel aimed at babyboomers, I was thrilled.  He didn't ask if  I'd done any on-camera work, he complimented me on the work he'd seen me do over the years.  He'd seen my VH1 prime time talk show in the late 1980s.  He'd seen my post-VH1 television work in New York City.  He needed my help, if I was available.  "If?" Yes, indeed, I was.

RLTV will launch of program spotlighting writers.  It's called Bookmark.  One of the show's contributors had a family emergency that needed her help.  The producer had seen me with noted authors on my VH1 show.  He said, "If you can interview Norman Mailer, you can do this."  What a blessing!  I was honored and grateful to fill-in.

"Experience matters" is one of RLTV's slogans.

I eagerly, quickly accepted the opportunity to interview the author of a new enhanced e-book about The Rolling Stones.  I'd fly out and tape the interview in NBC offices in New York City.  This new e-book absolutely rocks.  It's a gorgeous, informative digital product called  Mick and Keith Never Stop:  My Conversations with The Rolling Stones. 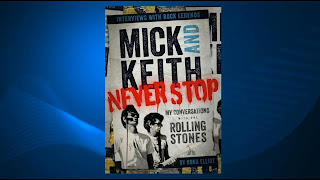 The cherry on this cake assignment I got was that the author is a VH1 co-worker whom I'd not seen since the early 1990s.  I had a sweet reunion with Rona Elliot, former rock/pop music journalist for NBC's Today program.  Rona has covered Mick Jagger and Keith Richards since the band was new and their concert ticket prices were low.  The e-book is rich with personal photos and clips of interviews from her NBC segments. 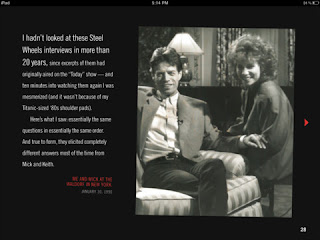 Rona Elliot is a top rock journalist.  She did weekly music reports as a contributor on VH1 and also as a contributor on NBC.  I loved how Bryant Gumble loved presenting her segments on Today.  He appreciated her skills.  She has great stories about and insights into those rock legends.  The archive NBC video clips really make her e-book pop. 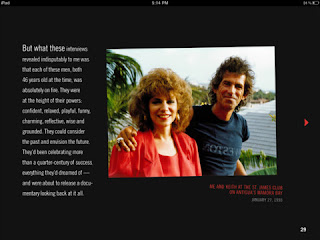 Rona and I had a big giggle when I told her about the time I interviewed Mick in New York City.  He was promoting the songs he wrote for the 2004 remake of Alfie, with Jude Law in the role that helped make young Michael Caine famous.  Even if I was as straight as a lumberyard stick, I still would've wanted to make-out with Mick Jagger.  When he breezed into the room and shook my hand, I almost swooned from his intense sexual magnetism.  It's extraordinary.  Yes, I would be his "Beast of Burden."  And he's charming!  Rona told me a story about Mick Jagger being in an elevator with Cary Grant.  Can you just imagine?  I love her digital book about this dynamic duo of rock music. 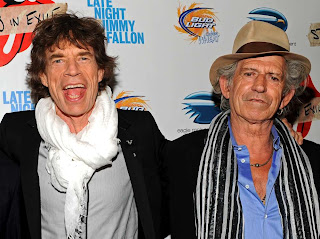 My "Enhanced Ebooks" segment with rock journalist Rona Elliot is now slated for the RLTV Bookmark show that premieres Friday, May 17th, at 11am and 10pm.  The show repeats Saturday and Sunday that same weekend.

To find out where cable's RLTV airs in your community, check out its website and click your zip code in the "Where To Watch" section: www.RL.TV

Thank you, RLTV, for inviting me to fill-in.  Thanks for knowing I interviewed Norman Mailer.   What a joy it was to be called into television duty again.  And I loved your crew. 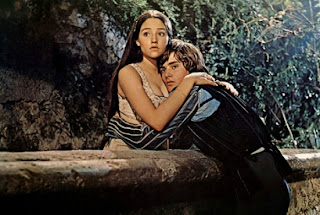 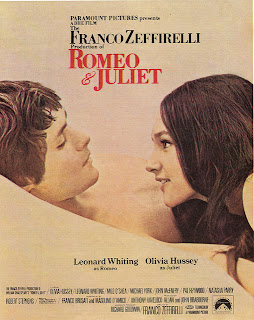 P.S.  Pardon my vanity, but here's a sample of the first talk show I hosted on VH1.