If you love movies, really love movies without a being a snob about them, I highly recommend that you see Argo.  When I write "without being a snob about them," I mean that you can and do embrace a trio of films like Fritz Lang's silent 1927 German expressionist science-fiction classic, Metropolis,  Cocteau's 1946 French classic, Beauty and the Beast, and 1948's Abbott & Costello Meet Frankenstein.  In one way, this new thriller directed by and starring Ben Affleck is a little valentine to the power of Hollywood movies to entertain, to inspire, to resurrect your spirit and to get you through dark moments in life.  Argo is based on a true story.  The two important words are "based on." That means it's not a documentary.  The essence of the story are conveyed with the boring parts cut out and some other alterations made for the sake of giving you an entertaining movie experience.  I think some folks forget that.  In the October 11-17 issue of Time Out New York magazine, Joshua Rothkopf regards it as a "slight, true-life tale of covert intelligence with a happy ending."  A happy ending is exactly why I wanted to see this film.  Affleck's movie dramatizes the 1980 CIA-Canadian secret operation rescue of six American diplomats held hostage in an anti-Yankee Iran.  I remember when this was a major national news headline.  Tony Mendez (Affleck) poses as a Canadian filmmaker planning to shoot a sci-fi thriller called "Argo." He wants to use Iran as a location. The film will have positive Middle Eastern images.  The American diplomats must pretend to be Canadians on his movie location production team.  They're forced to become actors. 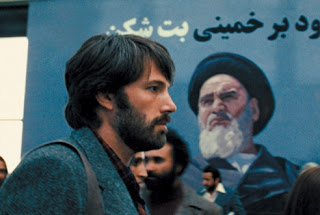 Besides the valentine to Hollywood movie-making, the bigger heart of this Mission: Impossible great escape story is about caring for one's fellow man and woman.  Argo shares a spiritual bond with the Oscar nominated screenplay for 1936's superb screwball comedy made during the Great Depression, My Man Godfrey. 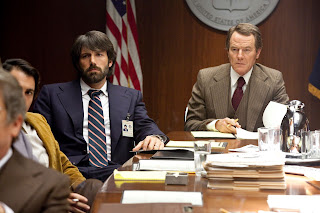 Irene Bullock to Godfrey in My Man Godfrey:  "Because you're my responsibility and someone has to take care of you." 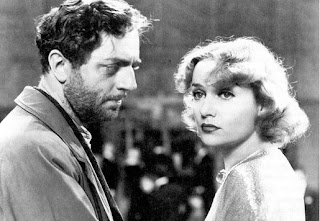 Ben Affleck's new thriller and director Gregory La Cava's comedy classic starring William Powell and Carole Lombard are basically about about the same thing -- responsibility to others having hard times.  Powell played the homeless forgotten man that a ditzy, lovable socialite turns into the family butler.  Responsibility is the spine of the story.  Listen to the excellent commentary on the Criterion Collection DVD of My Man Godfrey.  It addresses responsibility in the comedy. Notice that Tony mentions the same issue in Argo.  He feels committed to those hostages.  He is the kind of friend you'd hope to have in a crisis.  So are his two buddies in Hollywood played by John Goodman and Alan Arkin. 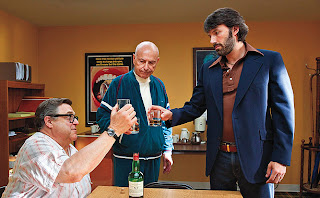 As a film director, Ben Affleck guided Amy Ryan to an Oscar nomination for Gone Baby Gone (2008) and Jeremy Renner to an Oscar nomination for The Town (2010).  Joshua Rothkopf also wrote this in Time Out New York:  "No performances stand-out, which is a shame given Affleck's track record with actors."  I disagree.  I would not be surprised if Oscar winner Alan Arkin gets another Best Supporting Actor nomination for his crusty mensch of a Hollywood producer.  Goodman also did great work.  The Argo art direction gives insight into characters and it's fun film literature.  When Mendez pitches his rescue idea to John Chambers (Goodman), they're in a restaurant decorated with movie posters. 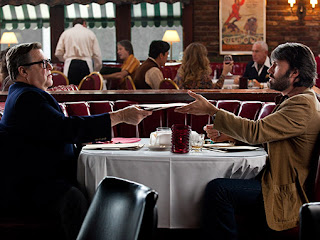 One poster advertises one of my favorite films of 1979 -- the under-appreciated senior citizen crime caper, Going In Style, written and directed by Martin Brest.  It starred Art Carney, famed acting coach Lee Strasberg and -- giving the best performance of his film career -- George Burns as a brass balls New York City bank robber in Brest's very original drama.  The Goodman, Arkin and Affleck characters will be similar to the ad line in that movie poster:  "Meet three guys with an outrageous plan to beat the system..." 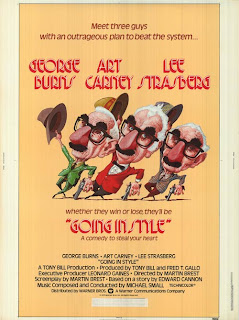 When we meet Alan Arkin as Lester Siegel, he's in a tuxedo preparing to be honored at an awards show.  In the living room of his big elegant home, we see a framed movie poster for Did you hear the one about The Traveling Saleslady? starring Phyllis Diller. 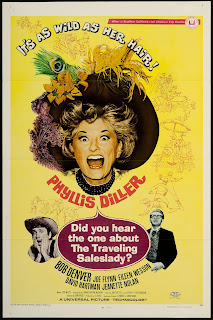 This lets us know that Lester is in the business for the love of the game.  He takes the business seriously.  He doesn't take his Hollywood image seriously.  He's an acclaimed producer, a bullshit artist and a regular guy.  He's like the Jeffrey Cordova actor/director character in Vincente Minnelli's The Band Wagon who sings his anthem, "That's Entertainment."  Lester cares about others too.  Notice the look on his face when he sees network news footage of American hostages being abused.  That reaction alone shows why veteran actor Alan Arkin has three Oscar nominations to his credit.  Plus, he gets to steal scenes with lines like "If I'm going to make a fake movie, it's going to be a fake hit." 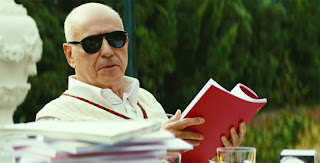 Trust me on this -- Alan Arkin and John Goodman give stand-out performances in Argo. 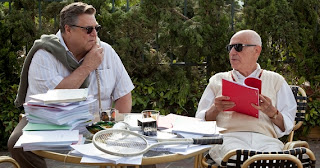 Bryan Cranston is solid as the CIA boss.  I also liked the ensemble work Affleck got out of the actors as the diplomats in hostage.  A generous star/director, he shares the spotlight. 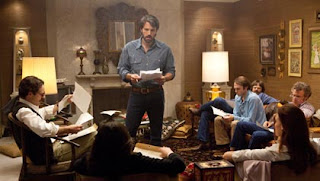 I especially liked Scoot McNairy as the pessimistic Joe Stafford, a slim man with a caterpillar mustache  and box-shaped eyeglasses.  He teeters on the brink of a meltdown. 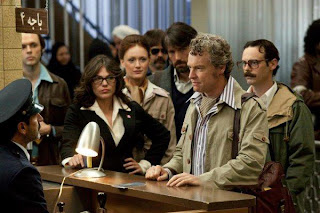 He nailed the early 1980s look.  Scoot McNairy is a good actor with a cool name. 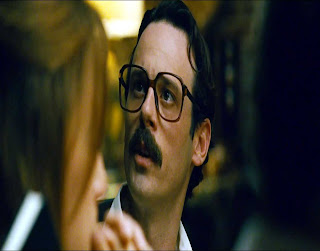 Argo is worth the price of a ticket.  It's well-acted, cleverly written and an exciting movie that has tension, surprise, heart and laughs thanks to Affleck's smart direction.  It's a very human story.  And I liked Affleck as Tony Mendez.  Not only is he fighting to be responsible to his fellow Americans, he's an estranged husband and father re-evaluating the quality of his responsibility to his family as he heads into a potentially life-threatening situation.  Where did he get the inspiration for his outrageous plot that saved lives?  From a science-fiction action movie his little boy was watching -- a sequel to 1968's Planet of the Apes.  That sequel is not a critically praised Hollywood classic like a Citizen Kane or On The Waterfront, but that sci-fi entertainment inspired a rescue that saved the lives of six Americans.  I love that.  I understand that.  I had a near-death experience when I was in grade school.  The sequels in a 1930s MGM action/adventure franchise that aired weekend afternoons on local Los Angeles TV saved my life.  But that's another story. 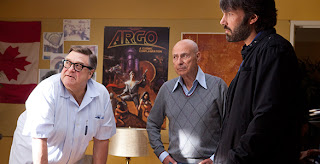 This Recession plagues us like the Great Depression in the My Man Godfrey days of the 1930s.  It's reduced millions to "forgotten man" status.  Veterans of our current wars have come back to America to face unemployment, lack of benefits and -- in far too many cases -- homelessness.  Homes have been foreclosed on soldiers currently serving.  Where is Washington's responsibility to our veterans?  I think many of us long-term unemployed Americans had a rescue fantasy that Washington, DC would feel responsible and come to our aid.  Our nation's capital  today could use some politicians with that Tony Mendez quality.  Frankly, it could use a lot of politicians with his golden quality.  The core of Argo, what it says about responsibility, is strong and relevant.  Ben Affleck directed a winner.  I predict an Academy Award nomination for Best Picture of 2012.  Argo is just the kind of satisfying entertainment I wanted to see on a Saturday at the movies.  And did.  Adrienne Barbeau has a brief role as the actress cast as the fake film's Gallactic Witch.