From "Family Guy" to Oscar Guy

In entertainment news, a big story this week was the announcement the Seth MacFarlane, voiceover actor/writer/creator of the animated TV shows Family Guy and American Dad!, was named next year's host of the Academy Awards.  When I heard the news, I made the same exact motion matronly Marie Dressler did in Dinner at Eight after Jean Harlow's married blonde bimbo character said, "I was reading a book the other day..."  Seth MacFarlane as Oscar host -- now that was a surprise choice. 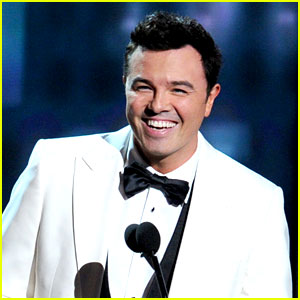 He's handsome.  He sings.  He's a comedian.  He likes old movies and new movies.  He lampoons both in his animated shows.  He can also make conservative viewers squirm with his profane cartoon comedy aimed at grown-ups.  He spoofed President Kennedy's assassination on Family Guy and has turned Jesus Christ into an armed action movie hero.  As far as his appreciation for older films, we see that on American Dad!  Remember Roger the Alien and Francine doing their version of Mike Nichols' Who's Afraid of Virginia Woolf? I mentioned that Seth sings.  If he was the age he is now back in the 1950s, he'd have recorded the title tunes to movies like Wild Is The Wind, An Affair to Remember, Gigi and Gunfight at the O.K. Corral.  But it's still an odd choice for a Hollywood club that's not often as liberal as one would think nor as thick-skinned.  Remember when the Monica Lewinski scandal broke?  Reporters could -- and did -- ask  White House officials the most blunt and graphic questions about President Clinton's private sex life.  But before we interviewed actress Kim Basinger about her new film, L.A. Confidential, a publicist told two network anchors and me that we could not ask Kim anything about her friendship with the late Lady Diana nor could we ask her about her involvement with animal rights.  Kim Basinger.  Then the publicist got on a phone in that very hotel suite, called room service and ordered a tuna salad platter for Kim.  I thought to myself, "Hmmmm.  I wonder if that tuna could've been a mother before giving her life to be Kim Basinger's lunch?"  Columnists reported that the Academy, a Hollywood club consisting of many AARP category members, is courting a younger male viewer audience.  In other words, the Academy seeks to attract guys who would mock and avoid a brilliantly written, acted and directed film like Ang Lee's Brokeback Mountain... 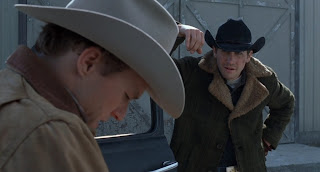 ...but they'd pay to sit through frat boy humor that included tired old "don't drop the soap" gags in  I Now Pronounce You Chuck & Larry with Adam Sandler and Kevin James.

This is the conflict, the dilemma of art versus commerce.  If the Academy really wants to lasso young men, next year's Oscars telecast should be hosted Hooters® waitresses. 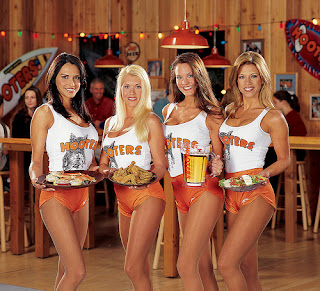 And another thing -- why does the Academy want to appeal to younger male viewers?  Why can't it seek younger female viewers -- and include something inspirational like a salute to groundbreaking female directors in Hollywood starting with Dorothy Arzner and acclaimed Hollywood actress-turned-film/TV director, Ida Lupino?  That could precede the In Memoriam segment which, sadly, will include director/writer Nora Ephron.  Yes, it's swell to have a witty host for the Academy Awards.  For me, the biggest complaint is this:  Why is the show now longer than Berlin Alexanderplatz, no matter who's hosting?  For the audience next year's show wants to attract, I'll put it like this: Why is the show longer than all the Super Bowl pre-game shows and the game itself on Super Bowl Sunday?  Personally, I wish the Oscar production crew would watch and learn from the UK's BAFTA Awards telecast.  And I wish today's nominees and winners would view the acceptance speech of great stars of Oscars Past -- like Elizabeth Taylor, Maureen Stapleton, Sidney Poitier, Ingrid Bergman, Cary Grant and Barbara Stanwyck.  Meryl Streep got it right last right.  Heartfelt speeches when honored.  And short. They didn't thank publicists, stylists, caterers, gym trainers, etc.  Remember the last time Hilary Swank won an Oscar?  Her acceptance speech was longer than the movie she won for.  And she forgot to thank her husband.  We viewers don't need to hear the names of everyone on your agent/management/publicity team.  Send them "thank you" muffin baskets and shorten your speech.  When it was announced that Brett Ratner would be producing and Eddie Murphy would be hosting, I felt that would take the Oscars into MTV Awards territory.  Then they were out and Billy Crystal was in for 2012.  Crystal brought back the '80s.  Or, rather, wheeled them out for the Early Bird dinner special.  Sammy Davis Jr died in 1990.  When Crystal did his Sammy Davis Jr bit in his opening  comedy montage spoofing nominated films, I felt young viewers would wince.  They'd see it as blackface, not realizing he resuscitated a bit he did on Saturday Night Live in the mid 80s.  Many of them probably didn't even know that Billy Crystal was a Saturday Night Live cast member in the mid 80s.  Johnny Carson was an outstanding Oscars host. 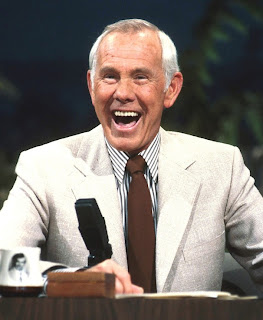 When Tonight was in New York and Burbank, Carson hosted the greats and soon to be greats of entertainment.  He appreciated Hollywood and Hollywood appreciated him.  He joked in good-natured, memorable fun.  He was not snarky.  He introduced us to new talent.  He brought on a charismatic redhead who could belt out an old movie song in a hip new way -- and she was very funny.  That new singer, whom he predicted would be a big star, was Bette Midler.  Hollywood knew Suzanne Pleshette as a skilled dramatic actress.  No one knew she could be funny until she was Johnny Carson's guest one night on the Tonight Show.  That appearance got her the role of Emily on The Bob Newhart Show -- a sitcom that gave Pleshette the biggest hit of her career.  When the late, beloved Michael Landon was diagnosed with cancer, he was Johnny's guest.  What could've been an awkward and maudlin appearance was heartwarming and uplifting.  That showed Carson's artistry.  That's why Hollywood loved him.  That's why he was great for the Oscars.  He made you look good even when times were bad.  He had a sense of entertainment history and a respect for the arts.  He knew that Hollywood egos are easily bruised.  His could be too.  Ask one-time guest, comedian Susie Essman.  He knew that a compliment goes a lot farther with those folks than a snarky comment.  Couple that with the fact that he was an excellent performer who, with his TV background, knew how to move a TV show along.  I'm not saying that MacFarlane lacks that knowledge, that sensitivity and that respect.  He could surprise us all.  But my knee-jerk reaction was similar to the way I reacted when news producers would book "edgy" comedy sensations -- known for irreverent, outspoken comedy -- to come on a live news program in the morning and be funny.  I hated when producers did that.  Why?  Because they'd inevitably want the performer to not be "edgy," which was the exact quality that got them booked in the first place.  If you're nervous that Chris Rock or Borat star Sacha Baron Cohen will say something risqué on live TV, then don't ask them to come in first thing in the morning to make you laugh on your network news program.  Tape them in the afternoon so you can edit the piece and bleep anything that ruffles your feathers.  Don't book Chris Rock, Sacha Baron Cohen or even Seth MacFarlane on your live telecast and then expect them to be Jerry Seinfeld.  I hope the Academy remembers that the Oscars are about the art of film.  The MTV Awards are about the selling of mass market product.  Is that the audience it wants?  Leave me some comments.  Let me know what you think.