The 1970s was a bountiful decade for good movies and good new filmmakers.  Steven Spielberg and Martin Scorcese were just getting started then.  Bob Fosse had transferred his talents from Broadway to the big screen.  His choreography, editing and styling in Cabaret and All That Jazz had a major influence on MTV and VH1 music videos in the 1980s and '90s.  It's still influential.  Francis Ford Coppola gave us The Godfather.  Roman Polanski took us to Chinatown.  Woody Allen introduced us to Annie Hall. George Lucas got us involved with Star Wars.  You got your money's worth when you went to the movies in the 1970s.  Some '70s movies that do not get as much attention now as those I just listed are way better than some big budget fare we got on screens over the summer.  One example of an overlooked treat is a very entertaining crime caper from the man who went on to direct Kramer vs. Kramer starring Dustin Hoffman and Meryl Streep and Places in the Heart, the film that brought Sally Field her second Academy Award.  I highly recommend seeing Art Carney and Lily Tomlin in The Late Show, a neat and smart murder mystery written and directed by Robert Benton.  This is one cool movie that has the added zest of terrific chemistry between veteran TV comic actor Carney (The Honeymooners) and the -- at the time -- new TV comic actress Tomlin (NBC's Laugh-In). 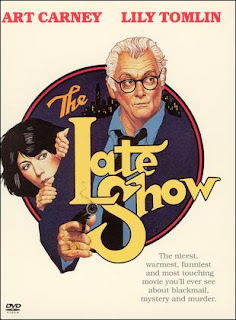 I won't give away the plot but I will write that, if you're a classic film fan, you'll dig this movie.  You'll really dig it if you're a fan of classic films like John Huston's The Maltese Falcon, This Gun For Hire starring Alan Ladd and Veronica Lake and The Thin Man with William Powell and Myrna Loy.  Extra points if you know that MGM spun that famous franchise into a TV series starring Peter Lawford and Phyllis Kirk in the Powell and Loy roles.  The Late Show is an homage to those kind of films and the characters in them.  Carney plays Ira Wells, a semi-retired private eye living in Los Angeles.  Sure, he's older, thicker around the middle and can't run as fast as he used to...but Ira can still handle a gun and he's also armed with a quick mind.  He was born to be a detective. 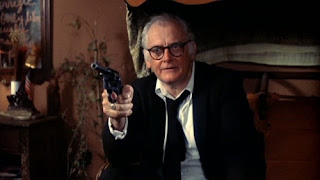 One of his old buddies, a fellow private eye, shows up newly air-conditioned with a fatal bullet hole in him.  Ira, of course, needs to find out who did it.  Into his life comes kooky Margo (Tomlin), who hires him to find her missing cat.  Somehow this will all connect as they become an unlikely Nick and Nora solving the mystery of murder and blackmail. 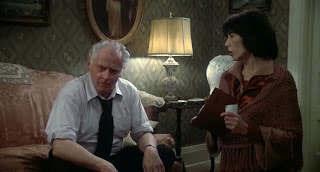 Benton's script is witty.  It has a Pacific Coast jazz vibe about it.  The storyline is complex but it doesn't get confusing like The Big Sleep with Bogart and Bacall.  Just like The Big Sleep, you're hooked by how well the two leads play off each other.  By this time in is career, Carney had won a Best Actor Academy Award for Harry and Tonto.  Ira is hipper than Harry.  And in danger.  Carney further proved his character acting chops here. 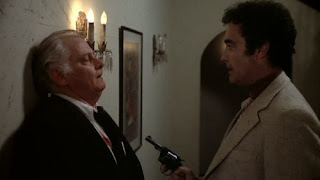 Keep in mind that, for a previous generation, Carney's Ed Norton character on The Honeymooners was to those viewers what Michael Richards as Kramer on Seinfeld was to our later generation.  Carney was a beloved and versatile actor. 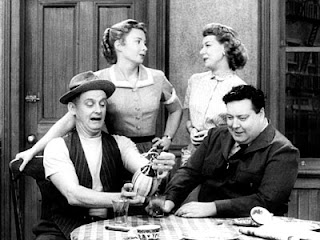 Did you know that Art Carney was the original Felix Unger?  He co-starred on Broadway with Walter Matthau in Neil Simon's comedy, The Odd Couple. 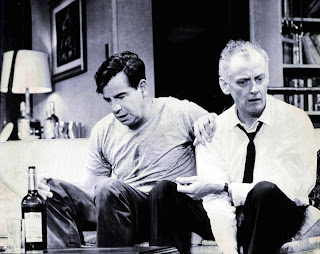 The Late Show has its share of action.  Ira does legwork -- giving you a chance to see the Los Angeles of my youth -- and he can handle himself well in a car chase shoot out. 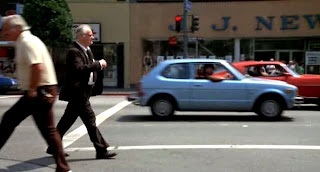 The cast includes two actors who also added sitcom work to their credits -- Howard Duff (who co-starred on a 1950s sitcom with his real-life wife, Ida Lupino) and Bill Macy (Walter on Maude).  As I wrote earlier, the main zest of the chemistry between Tomlin and Carney.  In the movie and out of the movie, they were of different generations.  Watching them blend is delicious.  Her Margo is like a tonic to his top shelf Scotch.  Tomlin was such a great understated hipster.  Like the early Shirley MacLaine.  Lily could do more with a knowing sideways glance and the hint of a smile.  And someone like Diana Krall or Melody Gardot should record the tasty song heard over the closing credits.

"What Was" is the perfect lyrical garnish for this breezy movie that's only about 90 minutes long. Put The Late Show on your weekend viewing list.  I think you'll enjoy it.