I went to see Meryl Streep and Tommy Lee Jones as a long-married couple in the AARP category whose relationship is stuck in a pocket of stale air.  In Hope Springs, she so longs for a return to their intimacy they once had that it occasionally breaks her heart and puts tears in her eyes.  I enjoyed this light comedy/drama, basically a B-movie with A-list stars.  Streep, a way above-average actress, has just the right touch for playing the complicated, tender heart of this average woman.  She does lovely work here. 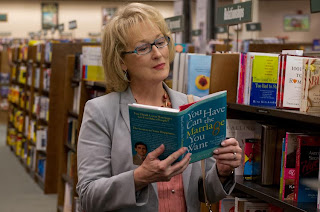 She's married to a white collar, "meat 'n' potatoes" kind of guy who always looks and walks like his shoes are too tight.  Tommy Lee Jones is perfectly cast as the sometimes grumpy papa bear Arnold.  In the Hollywood studio days of the early 1950s, this would've been a Spencer Tracy role.  Kay succeeds in coaxing Arnold to fly out with her to meet with a best-selling couples therapist and to work to rekindle their romance.  He, of course, would rather stay home to become one with his armchair while watching a game on TV with a beer in his hand.  The things we do for love.  They need this trip. 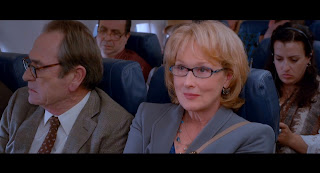 In the commercial and trailer for Hope Springs, you see the wife reading possibilities for spicing up their sex life.  Near her -- a bunch of bananas.  There is a lot more to this film than a proper middle-aged housewife considering oral gratification.  You think it's going to tread into that sitcom Two and Half Men territory but it doesn't.  Thank goodness. 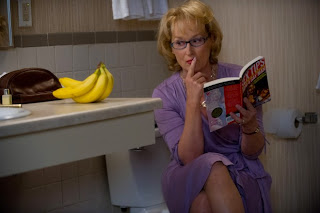 I really wanted to see this after I caught Meryl Streep as Andy Cohen's guest for an episode of his "Watch What Happens  Live" clubhouse-like chat show on cable's Bravo TV.  She (Streep) verbally focused a bright spotlight on her co-star's performance -- especially in their scenes "on the couch."  She praised it.  Man, she was right!  He's excellent.  Young actors really should be watching this kind of work and learning from it.  His character tone and body language are so spot on, as my Brit buddies would say. 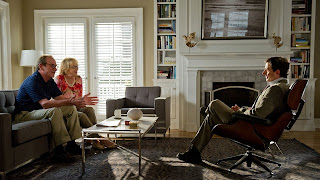 Steve Carell stars as the therapist, Dr. Feld.  Kay and Arnold are aging babyboomers.  They do love each other.  The marriage has been marked by high fidelity.  But he's gotten used to Kay.  Dr. Feld's office, Kay and Arnold occupy the same space but they've emotionally drifted to opposite ends of it.  That couch visual represents the state of their marriage.  Arnold's not the type to gab about his innermost feelings to a stranger. 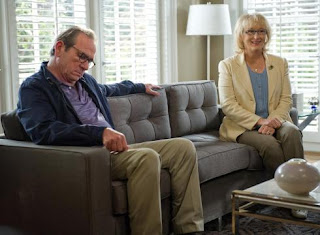 He may shoot a flash-frame of a smile at Dr. Feld but it's not a smile that means "I like you and it's good to be here."  His smile covers up a feeling of "Personally, Dr. Feld, I'd like to see your head catch on fire right about now for putting me through this."  The way he fidgets with the crease of his pants  while Kay speaks, his attitude on the couch -- that's all reaction to the other characters and information about his character.  He's not just sitting there waiting until it's time to deliver his line.  He's involved with the scene.  That non-verbal business he does on the couch is exactly what casting directors would be looking at and looking for at an audition.  This is what new actors need to study.  Meryl Streep and Tommy Lee Jones are Oscar-winning pros.  Watch them and learn.  And be entertained.  Hope Springs is the kind of mature comedy the French have made quite well for quite some time.  One could easily imagine Kay and Arnold subtitled and performed by Catherine Deneuve and Gérard Depardieu.  The French know that women are still sexually attractive after 40 and that people over 50 still have sex.  Hollywood films need to acquire the sophistication in that regard found in foreign films  In Hope Springs, sex is a bonus.  The real prize is intimacy.  Watching Arnold  struggle to remove that crust from his heart and match Kay's willingness to reconnect was well worth my time and ticket. 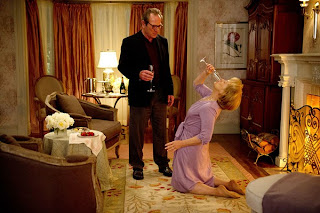 Sweet, suburban Kay with her Midwest galleria wardrobe and hairstyle in Hope Springs is quite the opposite of Streep's New York City ultra-chic, ultra-tough fashion magazine executive in The Devil Wears Prada.  Streep was directed by David Frankel in both films. 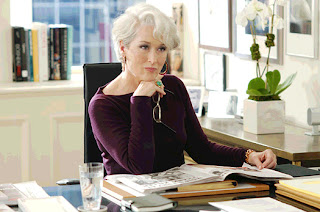 Young movie fans to day know Tommy Lee Jones as Will Smith's stone-faced, no-nonsense Men in Black sci-fi action comedy partner.  Before that, he was the obsessed U.S. marshal hunting wrongly accused Harrison Ford in the big screen version of TV's The Fugitive.  Like Streep, Jones was slamming across solid work in the 1970s and '80s on the big and small screen.  She stood out in the acclaimed NBC mini-series Holocaust, about the horrors of Hitler's Germany, before her Oscar wins for Kramer vs. Kramer and Sophie's Choice.  Long before Leonardo DiCaprio and Cate Blanchett played Howard Hughes and Katharine Hepburn in Martin Scorcese's The Aviator, Tommy Lee Jones and Tovah Feldshuh played them in the 1977 TV movie, The Amazing Howard Hughes. 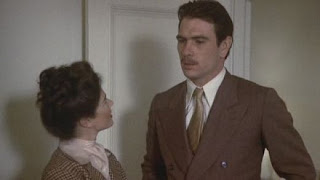 He was a knock-out in the 1982's, The Executioner's Song.  Norman Mailer wrote the TV screenplay, based on his book of the same name.  Jones played Gary Gilmore, a convicted killer in Utah who lobbied for his own execution by firing squad.  Gilmore's case was top national news in the mid '70s.  Jones won a Best Actor Emmy for this feature. 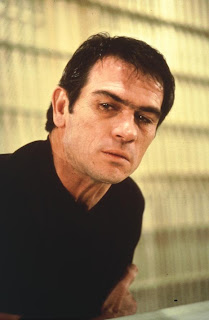 He struck gold with critics in the hit biopic, Coal Miner's Daughter, an Oscar nominee for Best Picture of 1980.  Sissy Spacek took the Best Actress Oscar for her portrayal of country singer Loretta Lynn.  He played Loretta's Kentucky backwoods husband. 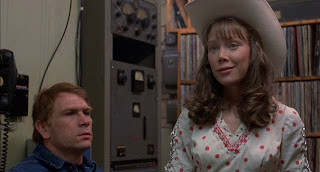 When the Food Network TV show I hosted, "Top 5," was in weekday repeats, I felt I needed to learn some new things and keep current.  I took classes at TVI Studios in Manhattan. More about that in a future blog.  But I can honestly tell you that what a couple of casting directors were trying to teach young actors as far as on-camera technique for film acting is what these two veterans do in Hope Springs.  It's not just a light comedy.  For wise students, this movie is an acting class.  It left me satisfied. 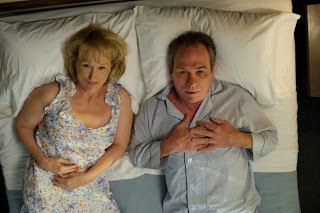 Tommy Lee Jones is another actor whose talents are just as impressive behind the camera.  He directed one mighty fine, moving and memorable independent film about a ranch hand's unshakeable and true commitment to his best friend, an illegal alien.  It covers a deep friendship, loss, the senselessness of racism and the power of redemption.

The Three Burials of Melquiades Estrada came out the same year as Brokeback Mountain.  The ranch hands in that film got more media attention.  This, too, deserved big media attention.  A bit of a quirky tale, it has Jones at his craggy yet very compassionate best in the lead role.  His directorial debut is exceptional.  I felt this was one of the ten best films of 2005.  Barry Pepper, Dwight Yoakim and future Oscar-winner Melissa Leo co-star.  Put this modern day western on your DVD rental list. 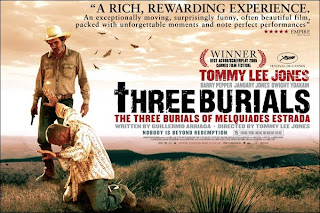