He fascinated me. He made me want to move to New York and enroll in his National Dance Institute. By the time I was in middle school, I could tell you what Jacques d'Amboise did for a living. I thank ABC for that. When I was kid back in Los Angeles, ABC had special prime time presentations of the big Rodgers & Hammerstein movie musicals -- THE KING AND I, OKLAHOMA!, SOUTH PACIFIC and CAROUSEL. Young classic film geek that I was, I watched every single one and I read the credits. I learned that Jacques d'Amboise, in CAROUSEL (1956), was the athletic man who seemed to defy gravity as he danced the part of the carnival barker in the "Louise's Ballet" number. A few years later, I was watching a PBS presentation about him. I was awed and thrilled seeing him connect with and choreograph inner city kids and grown-ups who were not classically trained dancers. However, they danced for him, gave themselves over to the music and delivered the goods thanks to his National Dance Institute. 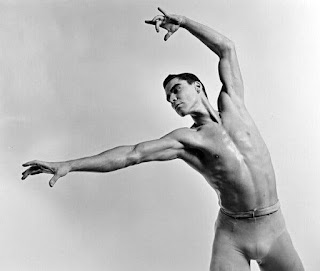 Jacques d'Amboise was a magnificent dancer, a down-to-earth guy, who brought working class, ordinary people into the art of dance. With a name like his, I expected him to sound like a French diplomat at the United Nations when he spoke. Instead, he sounded like a cabdriver in an episode of BARNEY MILLER. That won my heart immediately. I paid attention to everything he had to say. 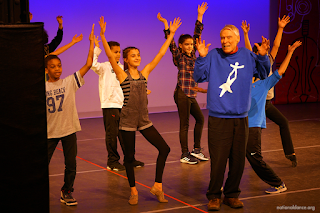 He was a New Yorker who became a legendary principal dancer with the New York City Ballet and, later, an enthusiastic educator. For Hollywood, he danced in CAROUSEL and in SEVEN BRIDES FOR SEVEN BROTHERS as one of the backwoods brothers. He was a decorated humanitarian with an infectious smile and a magnetic warmth. 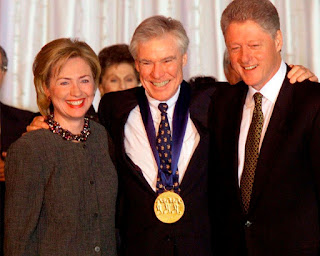 His artistry expanded my knowledge of the fine arts in my youth. He also danced in a lesser-known big 20th Century Fox musical biopic called THE BEST THINGS IN LIFE ARE FREE. It starred Gordon MacRae, Dan Dailey, Ernest Borgnine and Sheree North. I've seen it a few times.

You know me. I never could resist an Ernest Borgnine musical.

To celebrate the Jacques d'Amboise magnificence, here he is dancing to "The Birth of the Blues" with Sheree North in THE BEST THINGS IN LIFE ARE FREE (1956).