Ryan O'Connell is SPECIAL on Netflix

He's one of the most original and huggable gay characters I've ever seen in a sitcom. He's back on Netflix for a second season. It will be the final season. The series, called SPECIAL, stars young Ryan O'Connell and it's based on his memoir. He's a 20-something from Southern California seeking a life as an independent and employed young adult. He's also seeking a love life. Ryan is a gay man with cerebral palsy who was hit by a car. Some folks think his limp is related to that accident with the car. No. It's because of the cerebral palsy. Smart, sweet and spunky, he has to move out and away from his lonely and overly protective single mother. She seems to use his disability as an excuse to not move on with her life and embrace new love that comes her way. As for Ryan...well, let's face it. In gay male culture, hot looks and physical ability are top currency -- often prized above a guy's spiritual substance and emotional maturity. If there's anyone who deserves a fine romance and workplace success, it's Ryan. A fellow who wears glasses and has cerebral palsy. 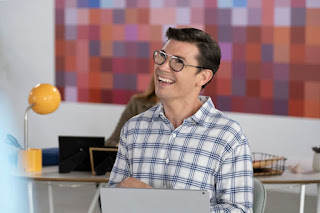 Season 2 deals with love, people who fetishize disability, clumsy sex and finding friends who see and accept the real you and make you feel significant.  Feeling significant. Wow. Couldn't we all use some of that? I know I could. Ryan really comes into his own in this final season.

I love Ryan O'Connell's sitcom character. His is a fresh voice in the gay community that needs to be heard by people gay, straight, bi or whatever. He's a welcomed character in a society that constantly implies "true love is the birthright of the gorgeous." I wish Ryan and his series got attention on network morning news shows and syndicated entertainment news shows. And how come gay media darlings like Andy Cohen and Anderson Cooper haven't given some supportive shout-outs and airtime to Ryan O'Connell?

To me, SPECIAL is a most overlooked and groundbreaking series. SPECIAL, from and starring writer/actor and disability advocate Ryan O'Connell, is extremely special.

Its second season starts May 20th on Netflix.