We Need a Bayard Rustin Biopic

His first name was pronounced BY-yard. His accomplishments were extraordinary and, during his lifetime, overlooked. Bayard Rustin was seen in the network TV news tributes to the late, great Rep. John Lewis. In the black and white archive news clip of young John Lewis giving a speech at the historic 1963 March on Washington, Bayard Rustin can be seen standing behind him to the left, the Black man wearing the glasses. 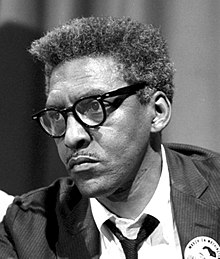 Bayard Rustin was one of the top architects of Dr. Martin Luther King's 1963 March on Washington. 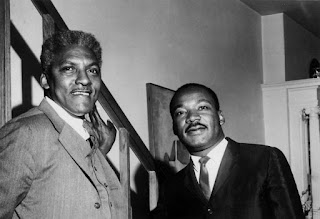 He was one of Dr. King's most important advisors. He was an activist, a vocal and intellectual activist. He was born in Pennsylvania in 1912. He lived with his grandparents. His grandmother was a Quaker and a member of the NAACP. Rustin was a Quaker. He took on the non-violent principles from his grandmother. He was a high school athlete and played on the football team. Rustin first actively fought segregation during his high  school years. He attended college and was involved in social issues. A gifted tenor, he moved to New York City and sang on Broadway in a show with Paul Robeson. He sang in Greenwich Village clubs. He recorded. 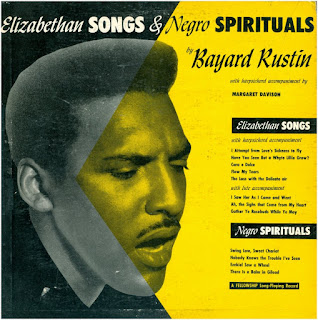 I've got a couple of videos I want you to watch. The first one is trailer for a documentary that introduces you to the controversial, complicated and vital Civil Rights activist. The name of the documentary is BROTHER OUTSIDER: THE LIFE OF BAYARD RUSTIN. 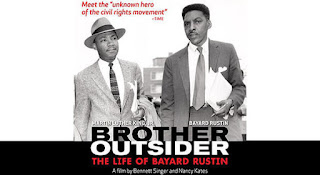 Here's a promo for BROTHER OUTSIDER.

Now watch this 10 minute segment about Rustin. You will see Rep. John Lewis talk about how significant Rustin was to the March on Washington. Yet, despite his significance and input, he faced added discrimination because he was gay. Click onto the link below to see the 10 minute segment:

Finally, here's a 3 minute piece with the man who was Bayard Rustin's partner.


In 2013, Bayard Rustin was posthumously awarded the Presidential Medal of Freedom by President Barack Obama. Bayard Rustin made American history. Bring his legacy into the light. 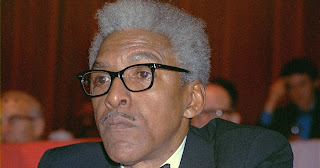