Regis Philbin Was Fun to Watch

I grew up watching Regis Philbin. He was the sidekick to Joey Bishop when the comedian got his own late night entertainment talk show on ABC. The show was shot in Los Angeles, my hometown. I was about to start high school at the time. If I didn't have to go to school the next day, if the next was a holiday, Mom would let me stay up late. I watched Regis with Joey Bishop. We viewers knew he was Catholic. In those days, he had a face like a grown-up altar boy.  Youthful, not sexy but attractive, affable. You really felt like you knew him. Like he was neighbor or a schoolteacher in your life whose occasional exasperation would make you chuckle and whose joy about something was infectious. Just being himself was the best role Regis Philbin ever had in his long television career. The Joey Bishop Show aired in the late 1960s. Regis was fun to watch. I connected to him. I'm Catholic. I was an altar boy. I'm not sexy but attractive. I left Los Angeles, graduated from a Catholic university in Milwaukee and got my first professional TV job working for Milwaukee's ABC affiliate. One day in 1984, I got to see Regis up close when he changed a young woman's career. 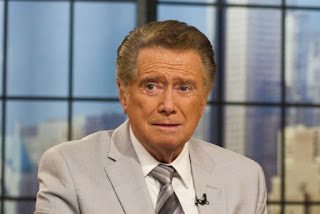 ABC was promoting its upcoming new season of prime time shows in a junket for the network affiliates. This was 1984. Regis was then co-host of The Morning Show airing on WABC TV in New York City. The junket was held when portions of the country were still in the clutches of winter weather. Milwaukee was one of those cities. Understandably, those of us working at ABC affiliates that were covered with frost gladly accepted the offer to defrost and work in L.A. for a couple of days. The junket was held at the Century Plaza Hotel. I'd be back home in Los Angeles. (I'm the oldest of three siblings. Mom had been divorced since I was in high school. In a life event that seemed like sitcom material for a Laverne & Shirley in reverse episode, Mom decided to relocate the family from L.A. to Milwaukee in 1979.)

Since we had to fly out of cold weather, most of us entertainment reporters and such traveled with heavy coats and sweaters. The first day of interviews was a surprise for us all -- including those in the Southern California area. That day turned out to be unseasonably hot -- even for Los Angeles. Sunny and in the upper 90s. So the ABC Network folks hurriedly rearranged the TV taping locations, moving many of the interviews slated to be taped in hotel rooms to the patio under the shade of large umbrellas. Notices were sent to all press members alerting them to please wear comfortable, lightweight clothing if they had some. Fortunately, the Century Plaza Hotel was right across the street from a mall with department stores and clothing shops. You could dash across the street and quickly purchase a Polo shirt to wear while you interviewed John Ritter or Morgan Fairchild or Craig T. Nelson.

One local TV host was in from Oklahoma City. She was unprepared for the hot weather and had sweaters to wear. In the holding area where some of us waited in between interviews, she was friendly and made you giggle a bit. Her main worry was that she would get onto the patio and perspire heavily on camera because of the heat. Her name was Ann Abernethy. Yes, with two E's.

I usually love to hang out with the production crew. I was with a few members, waiting to go on for my next interview. Ann Abernethy had just started an interview. On camera, she was also personable and charming. As we watched on a monitor, Regis Philbin walked over and watched with us. He, too, was there to do interviews for his ABC affiliate. He paid keen attention to Abernethy's interview. When it was over and she came back into the shade and air conditioning of the holding room, Regis introduced himself and said "Come with me." She mentioned that she was scheduled to do another interview in about 10 minutes. One of the ABC reps motioned for her to go with Regis. Ann Abernethy took Regis Philbin's extended hand and went with him into the lobby for a chat. One of the production crew guys said, "Regis likes her. Something good's gonna happen."

A few months later, Ann Abernethy left Oklahoma City and became Regis Philbin's new cohost in New York City on WABC's The Morning Show. She was there for a year, fell in love, got married and started a new non-TV life in a house so huge, it looked like a house you would've seen in an episode of DYNASTY. Ann Abernethy went into the real estate business. 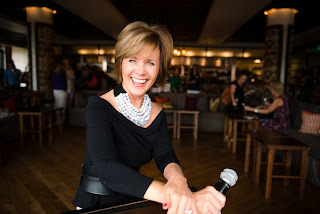 Philbin's next cohost was a definite brunette who'd been seen doing duties on GOOD MORNING AMERICA. Her name was Kathie Lee Johnson. She married and became Kathie Lee Gifford. And she became blonde.

Regis Philbin wasn't just fun to watch. He was a good luck charm.

One more thing. Throughout the 90s, I lived in New York City. When I watched popular shows such as FRIENDS and WILL & GRACE, shows about characters who lived in my New York City neighborhoods, there were no Black characters in the weekly cast of characters. Not as lead characters. Not as supporting characters. Even a show like the original cast of QUEER EYE FOR THE STRAIGHT GUY, a show that patted itself on the back for its diversity, there was no gay Black man in the majority of its run trading quips with Carson Kressley. When ABC launched its American version of WHO WANTS TO BE MILLIONAIRE?, Regis was the game show's first host. We didn't see any Black contestants for weeks on the popular show. Then one night, Regis looked into camera and mentioned that very thing with his Everyman quality. He put out a call for Black folks to contact the show and audition to be contestants. This was years before Frances McDormand told Hollywood about inclusion riders during her 2018 Oscar acceptance speech for THREE BILLBOARDS OUTSIDE EBBING, MISSOURI and before this year's admission from folks like Jon Stewart of THE DAILY SHOW and a creator of FRIENDS that more could've been done behind the scenes to bring racial inclusion and diversity into the productions on-camera and behind the scenes. I loved Regis for doing that.