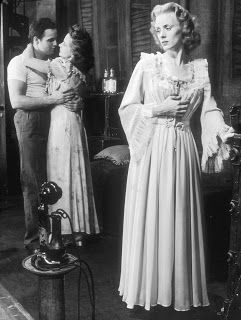 Those three repeated their roles in the 1951 film version. Jessica Tandy was not a Hollywood name then and the Blanche DuBois role went to the far more famous Vivien Leigh. Leigh, a Best Actress Oscar winner for 1939's GONE WITH THE WIND, won her second Best Actress Oscar for A STREETCAR NAMED DESIRE. In the 1980s, after some Broadway and TV success, Hollywood gave Jessica Tandy the coveted role of Daisy Werthan, a Southern Jewish widow in her 70s in Atlanta. Declared too old to drive, Miss Daisy acquires a chauffeur. A Black man named Hoke. In the Pulitzer Prize-winning and hugely popular play, we follow their relationship from 1948 to 1973. Jessica Tandy's performance in DRIVING MISS DAISY got her the Oscar for Best Actress of 1989. 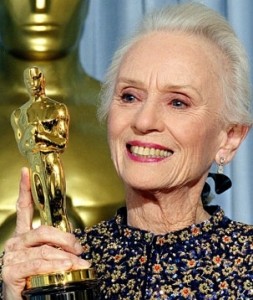 The play was a two-character production written by Alfred Uhry. He based the Miss Daisy character on his grandmother. She had a chauffeur. Morgan Freeman originated the role of Hoke onstage and had the privilege to recreate his role in the film adaptation. 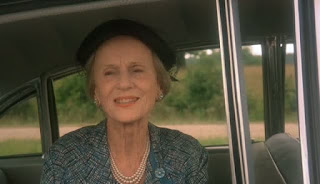 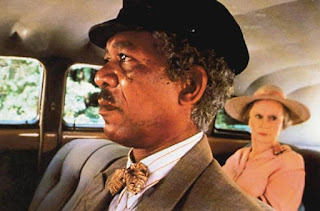 About 10 years ago, I shot pilot for a film-related travel show. We shot the project in and around the Atlanta area over a couple of days. Those were two of the happiest days I ever had in my career. I loved every single minute of our experience. I loved our bare-bones camera and production crew. I loved my cohost. They were a joy. The focus of the show was visiting places, locations, eateries and shops that were used in movies or popular with movie crews on location. A Jewish temple seen in DRIVING MISS DAISY really does exist. I visited the temple and got a little history about it from the rabbi. Here's the segment from our pilot.

There were several pleasant surprises in our 2-day shoot. Most of those surprises came from the everyday people we interviewed. I asked each person I interviewed, "What's one of your favorite films?" One location we visited was a bed and breakfast where Morgan Freeman and a few DRIVING MISS DAISY crew people stayed while on location for one scene outside of Atlanta. Run by a gracious married couple, I walked through the main floor and, on a table, I noticed a small framed vintage photo of Confederate soldiers. The husband pointed and gently remarked "I'm related to this man here. That's why I have the photo."

His wife gave us the main interview about the place, the food and the DRIVING MISS DAISY movie crew. I finished the interview by asking "What's one of your favorite movies?"  Honestly, I expected her to say something like STEEL MAGNOLIAS.  Her answer? "Spike Lee's DO THE RIGHT THING." She added that she felt its message was extremely important. (Ironically, millions of us felt DO THE RIGHT THING should've been a Best Picture Oscar nominee. It wasn't. DRIVING MISS DAISY was the winner.)

I posed "What's one of your favorite movies?" to the rabbi. He seemed a bit reluctant to say his answer. He sheepishly replied, "AIRPLANE."

"That's a terrific comedy and it was a box office hit!"

He said, "Yeah, but it's not exactly highbrow."

I told him "Who cares?" It's good entertainment and it still makes people laugh. He did not have to be ashamed of his answer at all.  As I was leaving, I thanked him for his time and the tour and told him that I'd heard very nice comments about him before we arrived.  I said "So, surely, you must be a great rabbi."

He said, "Thank you. And don't call me Shirley."

I loved doing that pilot. I wish PBS had picked it up.