Another GONE WITH THE WIND Item

On HBO Max, viewers can see some of the same classic films usually seen uncut and commercial free on TCM (Turner Classic Movies). The 1939 classic, GONE WITH THE WIND, was in the slate of films to be aired but it's been pulled temporarily because of the Old Hollywood images of Black people in that Civil War epic. The lead character is the headstrong Southern belle, Scarlett O'Hara, played by Vivien Leigh. 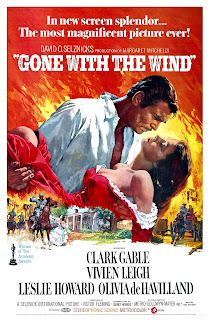 Two female stars in the film won Oscars. Vivien Leigh won the Best Actress Oscar and Hattie McDaniel took the Best Supporting Actress award for her performance as "Mammy." To me, Leigh is riveting in the role and commands the screen with her every scene. The only person in the cast who can pull focus away from her is Hattie McDaniel. McDaniel is that strong and charismatic a presence and an actress. She was the first Black performer nominated for an Oscar -- and the first to win. 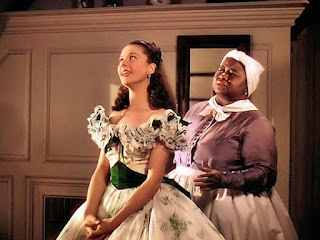 The recent protests over the murder of George Floyd coupled with the much-needed conversation on systemic racism being a hot topic, HBO Max temporarily yanked the 1939 classic. Also, an item in the Los Angeles Times written by Oscar winner John Ridley. He wrote that the film, based on a best-selling novel of the same name, "glorifies the antebellum South" and "romanticizes the Confederacy..."

John Ridley, the Oscar winner who wrote the article in the Los Angeles Times, is an African American screenwriter. He won his Oscar for 12 YEARS  A SLAVE.  Ridley directed a strong documentary about the violence that erupted in Los Angeles due to no white cops being punished for beating Rodney King. The documentary, LET IT FALL, is on Netflix and it airs on ABC June 16th in prime time.

Ridley feels that GONE WITH THE WIND should be removed from the HBO Max slate. I understand his anger, but I don't feel it should be removed. It could be aired with a disclaimer that appears before the film's opening credits, a disclaimer saying "The film you're about to see was made in Old Hollywood and contains outdated race/gender images and racial stereotypes that in no way reflect the viewpoints of HBO." Something like that.

Which brings me to this HBO Max item. GONE WITH THE WIND will return with a discussion that puts it in historical Hollywood context. I bet you they'll be lining up Black critics or film historians for that chat.

If that happens, the situation could shine a light on an area of racial inequality in the arts. The lack of Black people seen as film critics or film historians on a regular basis. Going back to the 1980s, the field of film critics and hosts on film channels has been predominantly white. In New York City alone there are plenty of Black people who can talk and write about new movies and classic films. However, we are usually only contacted for airtime when...

A)  It's Black History Month
B)  There's a diversity controversy like "Oscars So White"
C)  A discussion about Black images in a film needs to be held
D)  A Black celebrity dies or gets jail time.

Other than that, we are not part of the general film discussion. We're not asked to discuss the new Tom Hanks, Cate Blanchett or Meryl Streep movie. We're not asked to discuss Hitchcock, Billy Wilder or Martin Scorsese. We are overlooked or downright ignored. Did you see the 2017 HBO documentary called SPIELBERG? It's a good documentary that runs about 2 1/2 hours. There are 7 film critics/historians seen in that feature. Not a one is Black. There's wasn't even a Black film critic giving soundbites in the ten minutes devoted to Steven Spielberg's production of THE COLOR PURPLE. 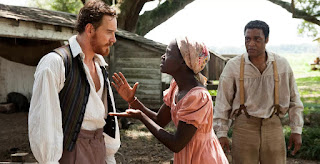 When 12 YEARS A SLAVE opened in New York, I saw an ad for it in the newspaper. The ad had about a half dozen rave review quotes from critics. I was familiar with all those critics. Not one quote was from a Black critic. That was back in 2013. A current article in TIME magazine, available online, is "People Really Do Get Their Civil Rights History From Movies Like The Help. The Problem With That Is Clear." What should be added is that the reviews of such films in major publications are done by white critics. We get reviews of movies about Black life in Civil Rights era stories written through the white gaze.

We need to move on from 1939's GONE WITH THE WIND and start bringing Black/Latinx critics into the film arts conversation. The overall conversation. That goes for Broadway too.