We lost John Prine. We lost the singer/songwriter to the coronavirus. He was 73 -- and a great artist. It seems that most of the jobs I've loved in my life, whether they were full-time or part-time, had some connection to the fine arts. During my college years at Marquette University in Milwaukee, I was an usher at the beautiful and exciting new Performing Arts Center. It's now called the Marcus Center. The main hall, where I usually ushered, was an attractive 2500-seat theater that presented major and varied talent. Ella Fitzgerald, Leontyne Price, Lily Tomlin, Carol Channing in her revival tour of HELLO, DOLLY!, Bette Midler and The Grateful Dead all played the main hall in the Performing Arts Center in the 1970s. One singer, a folk/rock singer, played the Performing Arts Center. I was unfamiliar with his work. But as an usher, I had the opportunity to stay and watch his show. I am glad I did. He was John Prine. He was handsome, young and a bit drunk. The last detail was something he told his audience between songs. The young audience laughed and applauded his honesty. He was alone on that big stage -- just a man and his guitar. Without effort, he commanded the stage. His work had a golden magnetic pull. It brought you into his heart and soul. You connected to it. His songs reflected feelings you told only to one extremely close friend while sitting on a front porch or at a kitchen table. His songs reflected feelings you tried to hide, feelings you kept tucked way way back in your heart. He gave voice to those heartbreaks you had, the ones you wished somebody would notice and heal. 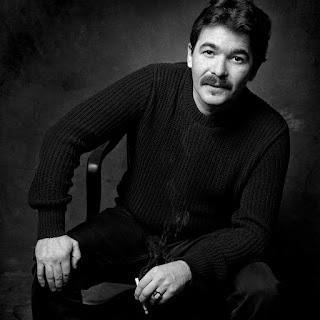 I was familiar with showbiz newcomer Bette Midler when she played the Performing Arts Center for one outrageous and highly entertaining show. Today, many may know only of the post-BEACHES and FIRST WIVES CLUB Bette Midler. The lady who sang "Wind Beneath My Wings." I saw the early Bette. The tiny redhead with the generous bust who hit the stage like a firecracker to give you a couple of hours of, as she said, "tit and wit." This was Bette Midler when she had a hit record with her sultry rendition of "Do You Wanna Dance?" on her debut LP. She was a born entertainer. And a smart one. Her concert shows had music from the 30's and 40's smoothly blended in with pop and rock songs of the day. Her comedy banter was bawdy and hip. This was a few years before she'd hit the big screen -- and get a well-deserved Best Actress Oscar nomination -- for playing the turbulent, troubled rock star in 1979's THE ROSE. Onstage, Midler could do a set of riotously runny R-and-X-rated jokes and then touch your heart with a ballad. For me, Bette Midler was the best interpreter of songs by John Prine.  One in particular. It became a popular addition to her concert show.  Here she is, in her 1976 Cleveland concert, telling a story and then singing the classic tune by John Prine, "Hello In There."