An Alien Moment for Judge Reinhold

The 1980s turned out to be very good for him.  Although he became known as the self-gratification guy, you have to hand it to him that he delivered the comedy goods in the popular teen comedy film, FAST TIMES AT RIDGEMONT HIGH.  Actor Judge Reinhold proved to be a good straight man for Eddie Murphy in the hit BEVERLY HILLS COP buddy movies and RUTHLESS PEOPLE, starring Bette Midler and Danny DeVito also made folks laugh and did pretty well at the box office. 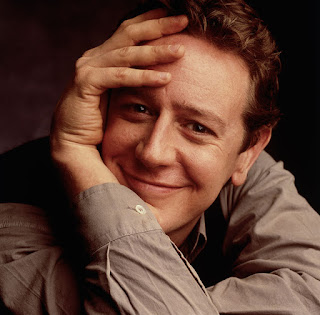 I interviewed Judge Reinhold during a movie junket promoting one of the BEVERLY HILLS COP sequels.  He told me about an audition he had in Hollywood early in his career.  This was before the FAST TIMES AT RIDGEMONT HIGH success. 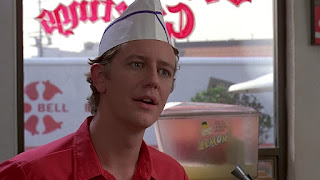 This particular audition session was taking a long time with each actor who went in to test for the casting people.  The session was running long, there were several actors waiting to audition and Judge Reinhold was at the end of the line.  He was the last actor seated to go in and audition.

The second to last actor -- the one before Judge --- went in for his audition.  Judge said that he kept hearing these shrieks of laughter coming from the other side of the closed door in the audition room.  And the session seemed to go on for a while considering that the audition copy did not have pages and pages of dialogue.

The door opened.  He could still hear laughter coming from the audition room.  Judge was the last person scheduled to audition.

And he had to follow an unknown comic actor named Robin Williams to audition for the role of an outer space visitor named Mork who would appear in an episode of the hit ABC sitcom, HAPPY DAYS. 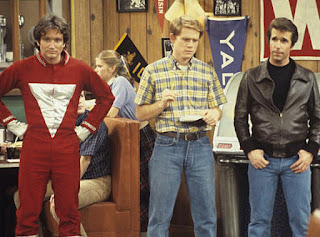