William Wellman.  Man, what a good director from Hollywood's classic days.  He directed the silent action film, WINGS.  The World War One story, a 1927 release, became the first movie ever to win the Oscar for Best Picture.  Not only did Wellman give moviegoers exciting aerial sequences, they saw male nudity, a lesbian kiss and one man affectionately kissing another.  Again, this was 1927.  I loved his direct yet witty and wonderfully wacky way with comedy --  like 1937's NOTHING SACRED with Carole Lombard and Fredric March, 1942's ROXIE HART with Ginger Rogers and 1943's LADY OF BURLESQUE starring Barbara Stanwyck in a murder mystery based on a novel by famed stripper Rose Lee -- and his social dramas that packed a punch to the gut -- like 1931's THE PUBLIC ENEMY with James Cagney and the 1943 western OX-BOW INCIDENT.  And there's his classic Hollywood-on-Hollywood story about the price of fame, the 1937 drama A STAR IS BORN.  That was famously remade as a musical drama in 1954. The remake brought its star, Judy Garland, an Oscar nomination for Best Actress.

One of my favorite films directed by William Wellman is the 1949 MGM movie about men in war, BATTLEGROUND.  We follow a group of soldiers in Belgium in the snow and fog during the Battle of the Bulge.  I watched this movie on TV when I was a kid because my dad loved it.  As I grew up, I watched it again a number of times and realized why dad, a World War Two veteran, loved it.  BATTLEGROUND is a mighty fine film.  A good, tough war drama.  A good, tough war drama that could also be called SIX DEGREES OF JUDY GARLAND.  Have you ever noticed how many guys in this movie worked opposite Judy in other MGM movies?  Van Johnson, giving one of his best movie performances, stars as Holley.

By his side in battle in BATTLEGROUND is actor JOHN HODIAK. 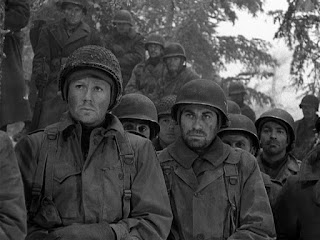 Van Johnson teamed with Judy for the 1949 musical comedy IN THE GOOD OLD SUMMERTIME... 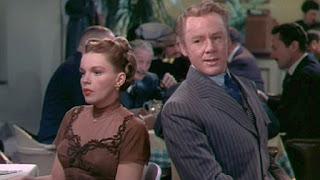 John Hodiak was Judy's leading man in the musical comedy THE HARVEY GIRLS. 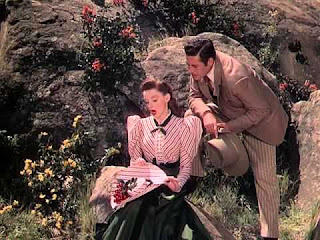 There are other Judy Garland vets in BATTLEGROUND.  George Murphy plays 'Pop' Stazak.  He starred opposite Judy twice.  He played her dad when teen Judy was LITTLE NELLIE KELLY (1940).  When Garland was a young woman, he played the vaudeville partner who has fallen in love with her in the patriotic show biz musical FOR ME AND MY GAL (1942). 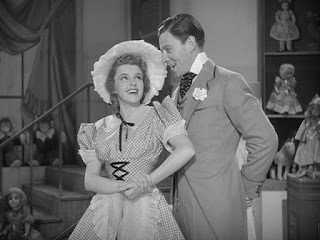 Broadway talent Gene Kelly made his MGM movie debut in that musical.  He did pretty well doe himself, didn't he? 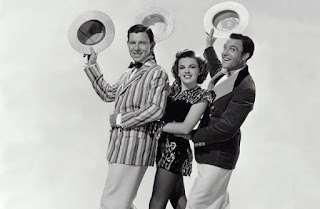 Leon Ames has a role in BATTLEGROUND as The Chaplain.  He was the father of the Smith Family in the 1944 Vincente Minnelli musical starring Judy Garland, MEET ME IN ST. LOUIS . 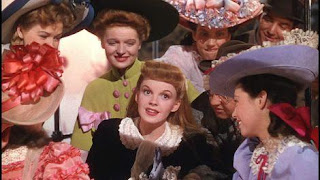 And there was Marshall Thompson as Jim Layton. 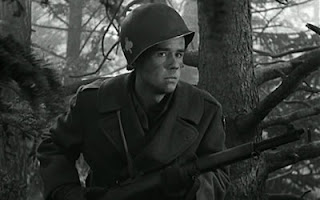 He didn't star opposite Judy but he did have a bit player scene with her and one cheerfully loud word of dialogue in another film directed by Vincente Minnelli.  It was Judy Garland's first drama.  A World War Two love story called THE CLOCK co-starring Robert Walker in 1945. 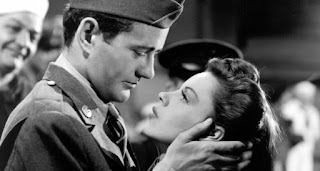 Thursday, August 25th, is Van Johnson Day in the TCM "Summer Under the Stars" line-up.  You can see Van with Judy for IN THE GOOD OLD SUMMERTIME in the morning.  Then you can see Van in William Wellman's excellent BATTLEGROUND at 8p ET. It got Oscar nominations for Best Picture and Best Director.  If you have time to catch BATTLEGROUND, enjoy its SIX DEGREES OF JUDY GARLAND.