"Any ladle's sweet that dishes out some gravy."  ~Paulette Goddard as Miriam Aarons in 1939's THE WOMEN.

Paulette Goddard did pretty well for herself.  We can see why she was a top star at Paramount in the 1940s.  She was yummy.  Goddard may not have had the acting range of a Barbara Stanwyck or an Olivia de Havilland, but what she did have sure was fun and great to look at. 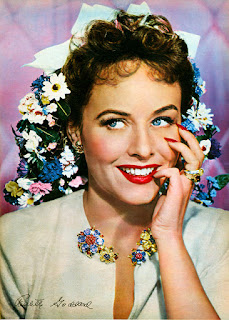 She's a stand-out in MGM's THE WOMEN as the Broadway showgirl who gets into a hair-pulling catfight with the cattiest female in the group.  At Paramount, she got to dance with Fred Astaire, be directed by the legendary Cecil B. DeMille and got a Best Supporting Actress Oscar nomination for her role as the military nurse in WW2 combat zones in SO PROUDLY WE HAIL.  She also made cameo appearances in Paramount all-star features. 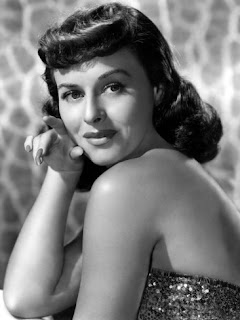 Outside of Paramount, as was the case with THE WOMEN, she made two of her best films.  And both of them co-starred, were written and directed by the man in her life -- screen legend Charlie Chaplin. 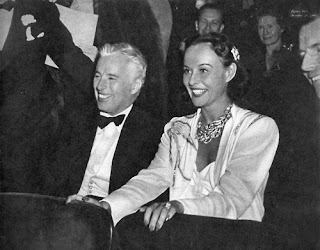 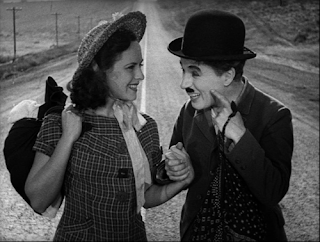 ...and the still-timely, relevant and wise, THE GREAT DICTATOR (1940).  Two Chaplin masterpieces. 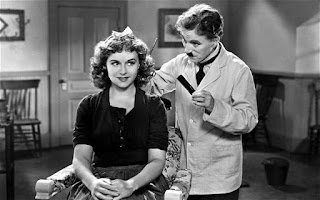 It seems Goddard had a love life that was more memorable than some of her Paramount assignments.  After marriage to Chaplin, she married actor Burgess Meredith.  He co-starred in SECOND CHORUS, the musical comedy she did with Astaire.  Meredith wrote the screenplay for one of her films, 1946's THE DIARY OF A CHAMBERMAID.  After marriage to Meredith, she took her healthy bank account and lived in Europe.  In the 1950s, she married novelist Erich Maria Remarque.  He wrote  ALL QUIET ON THE WESTERN FRONT. 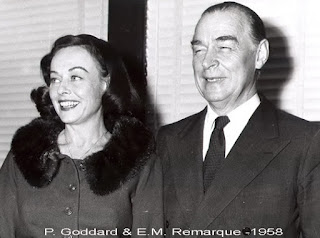 We had a nice summer Sunday afternoon in New York City today.  I took a walk over to the New York University area in Washington Square.  It's new student orientation time.  I saw a sign for the building named in honor of the late Paramount star. 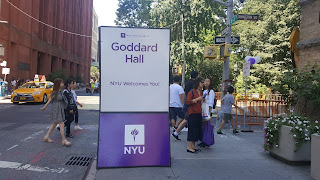 I went into the residence hall and, right in the lobby entrance, you see some history about the popular and generous Hollywood actress. 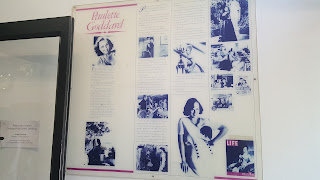 I wrote "generous" because of her gift.  Paulette Goddard's education may not have gone beyond high school but she was obviously a scholar when it came to life and love.  In her will, she bequeathed $20 million to New York University.  That's why a building, NYU's Goddard Hall, is named in her honor.

Paulette Goddard had a ladle that definitely dished out some gravy.

To see her in one of her best Paramount roles thanks to sharp, mature Billy Wilder screenwriting and top direction from Mitchell Leisen, catch HOLD BACK THE DAWN. The drama co-stars Charles Boyer and Olivia de Havilland.  It airs on TCM Monday night, August 29th, at 9:45p ET. 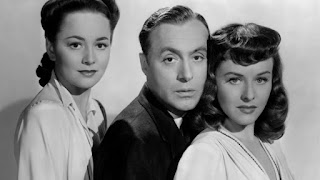