I have a great affection for Chicago and for Chicago actors.  I had a great affection for Harold Ramis.  My babyboomer generation, in its younger days, loved him as big-haired Spengler, one of the original Ghostbusters.  Remember what a huge box office success that 1984 sci-fi action/comedy was?  The characters, their dialogue, their costumes, even the Oscar nominated title tune became big parts of our pop culture. 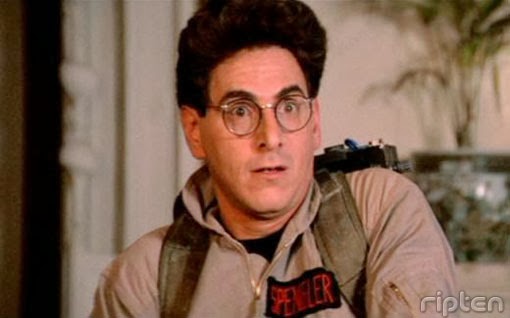 My favorite Harold Ramis performance is in another comedy co-starring Bill Murray.  Ramis always breaks me up as the best friend/sidekick in the army comedy, Stripes. 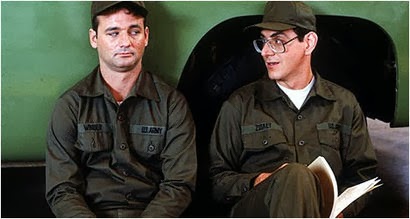 Harold Ramis made being the guy with more brains than brawn kooky and fun and great to have in your company.  His looks may not have been sexy, but, behind the eyeglasses, he was sweetly appealing and very hip without trying to be.  His characters showed that you can't judge a bookworm by its cover.  He was a terrific sidekick.

Saturday night, I once again watched the Oscar-winning 1997 film, As Good As It Gets.  Another one of my favorite Ramis performances is in that film.  It's not a large role but it's very important and he's perfect in it.  He plays the doctor who makes life easier for the overwhelmed and devoted single working mother with an asthmatic little boy in Brooklyn. 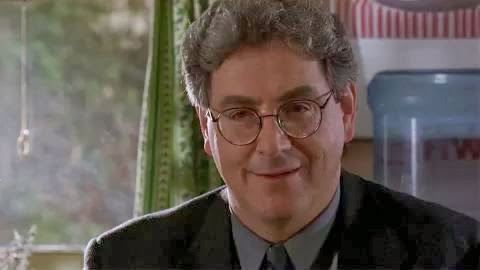 Helen Hunt's waitress character just wants to hug him for helping her in a way no HMOs ever had.  We know the feeling.  We just wanted to hug him too.  It was so wonderful and heartwarming to see Harold Ramis in that James L. Brooks movie on Saturday night.

It's Monday morning.  It was so heartbreaking to read online today that Mr. Ramis passed away at age 69.

Absolute joy was what he gave me as a guest on my first VH1 talk show in the late 1980s.  There's a moment with Harold in this network promo reel for my Celebrity Hour show.

Harold Ramis was a fine actor, director and writer.  He was a true gentleman offscreen too, as I learned when I ran into outside a Manhattan restaurant weeks after our interview.  He will be missed.  What a gift that the veteran of Chicago's Second City comedy troupe leaves us with so much laughter -- from co-writing 1978's Animal House screenplay, to acting in Ghostbusters, Stripes, Baby Boom with Diane Keaton and Knocked Up with Seth Rogen to directing/writing Caddyshack, Groundhog Day, Analyze This and Analyze That.  Thanks for the laughs, Harold Ramis.  We needed them.

There's a new episode of my podcast posted this week.  I pay tribute to someone else who left us with great work -- the late Roger Ebert.  I'll also continue the Oscars talk as we countdown to the Academy Awards show which is this coming Sunday on ABC.

If you have time, give us a listen at BobbyRiversShow.com.