In a March 2012 blog piece, I wrote about Frank Capra's wonderful embrace of racial diversity in It's A Wonderful Life.  There were more black folks in Bedford Falls than we saw as regular TV cast members on Friends, Seinfeld or Sex and the City -- shows about life in modern-day Manhattan.

Frank Capra embraced sexual diversity in an earlier classic.  Just like his It's A Wonderful Life, you have to be sharp enough to catch it within his literature of film.  I fell in love with this under-appreciated 1937 Hollywood film during my college years.  My film journalism professor made me see it in a whole new light when he showed me that literature.  The film is Lost Horizon and stars Ronald Colman in one of his best performances of that decade.  He's perfect for the part of Robert Conway, the British diplomat and heroic humanitarian.  Conway adds light to the world.  When we first see him, there is darkness and chaos.  He's doing what he can to get people on a flight to safety out of a war-torn Asian location.  He wants to help not only the visiting white people, but also the poor Asians who have to live in that strife. With all the turbulence there is in the world, Conway will find peace, order, love ... and he will be introduced to his destiny after his plane is hijacked to the mysterious and safe Shangri-La.  Once there, Conway doesn't want to leave.  It's an uncharted utopia, pristine and peaceful.  When he's forced to leave, because of his unselfish commitment to family, he looks back on the place he loves.  The place is also the home of the woman he loves.  Colman gives us one of my favorite close-ups ever given in a classic Hollywood film.  You can feel what's in his heart. 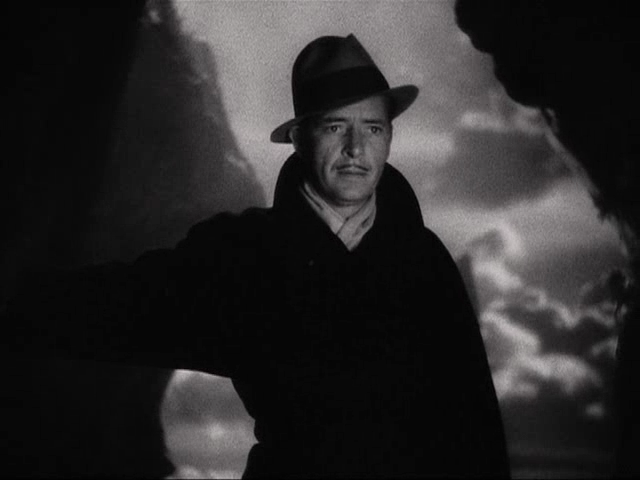 Here's what I mean about "literature of film."  Conway is a good man, a privileged man determined to help others.  He grapples with questions in his own mind -- questions about his purpose in life.  He's framed by or near light, illumination.  We see that at the open as he leads people during the dangerous military take-over in China. 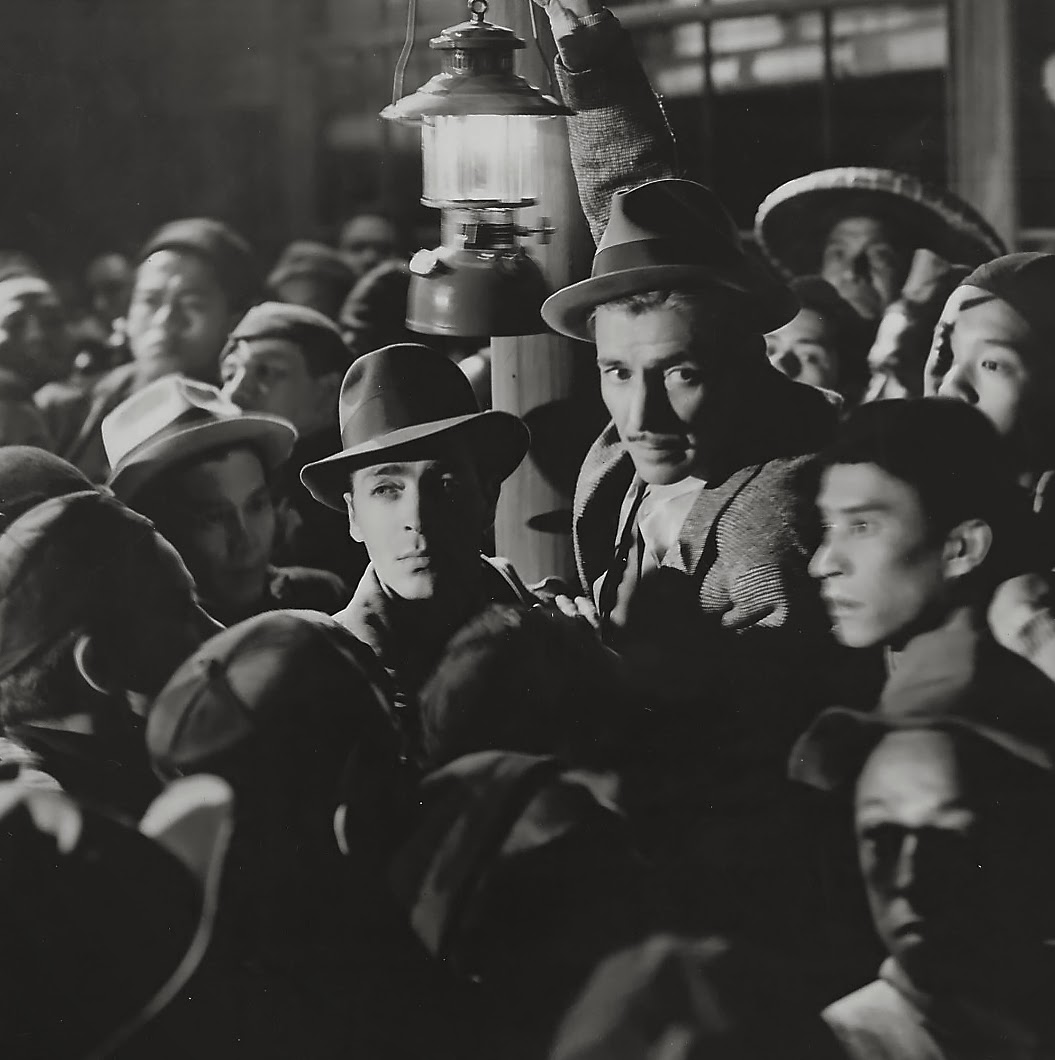 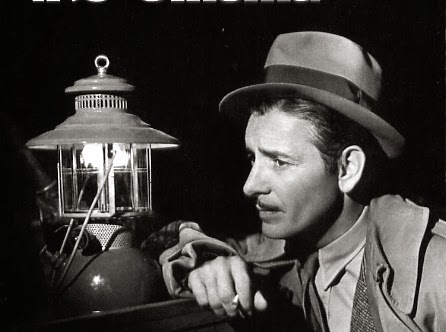 We see that light in Shangri-La when he embraces the culture of the Tibetan community and proceeds to learn its people and history.  He spends much time in its library.  He wears the kind of comfortable clothing the natives do.  He's adapted to his location and is now a respected visitor in it.  The lovely and pure Sondra has won his heart. 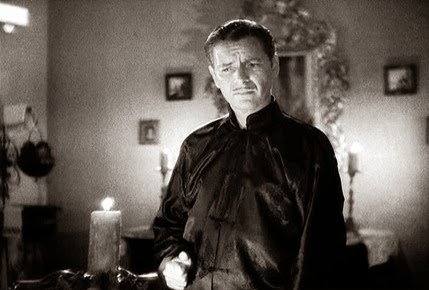 Capra's light motif for Robert Conway is very significant in his meetings with the High Lama, the spiritual leader of Shangri-La.  The light is his destiny. 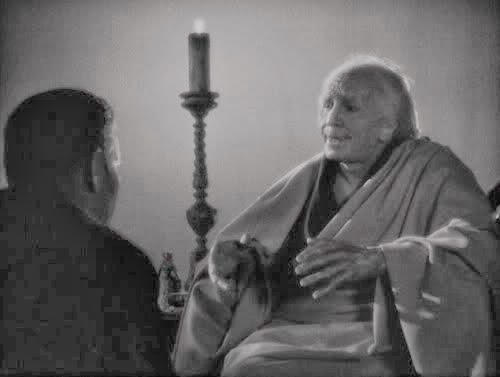 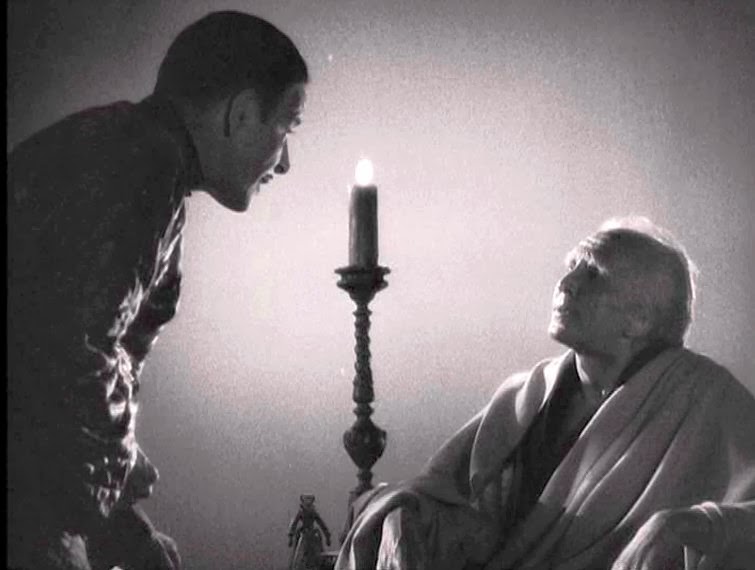 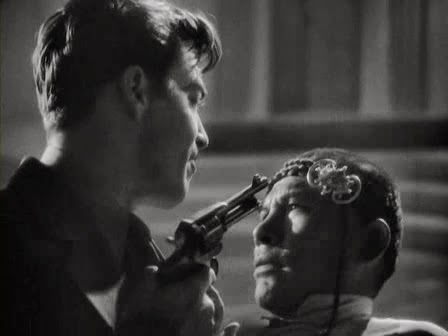 Robert Conway's brother, George, was also on the plane to Shangri-La.  The brothers are quite different.  George refuses to adapt to Shangri-La.  To him, an Asian life is not as important as the life of a civilized white man.  He's the one who wants to leave and brides a few men to help him get out of the place and, eventually, back to England.  George is violent, selfish and bigoted.  Notice that he never changes from "civilized" attire to the comfortable Tibetan clothing like his fellow travelers did,.  He refuses to embrace another culture.  Notice that Capra frames George against closed doors and closed windows.  George is a major pain in the ass and a bully.

And here is where we get the tension that can come from a benevolent sense of family commitment -- like in It's a Wonderful Life when George Bailey wants to leave Bedford Falls instead of staying and helping folks like forgetful Uncle Billy who screws up with the bank money.  Robert will accompany his irresponsible, narrow-minded, needy and culturally conservative brother on the expedition back to civilization.  But the expedition rope in the snowy mountain terrain will be like an umbilical cord that Robert will need cut so he can be free to live his own authentic life.

OK.  About the gay element.  In the James Hilton novel, Lost Horizon, there's a rather bovine missionary woman out to bring Asians over to her way of Christian worship.  In Capra's romantic adaptation, the missionary woman is gone.  That character basically becomes Alexander P. Lovett.  Edward Everett Horton plays the paleontologist.  When you had Edward Everett Horton as the never-married, fluttery fussbudget in a 1930s movie...that was the gay male character.  A visual clue in those Hollywood days was the bow tie. Horton didn't always play this kind of unmarried character, but he was a master at it.  He had hit movies and a hit 1960s sitcom (F Troop) in his credits. 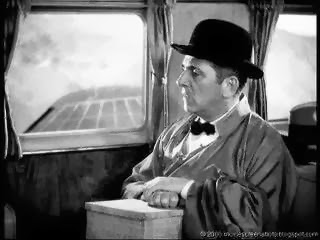 Thomas Mitchell (It's A Wonderful Life's Uncle Billy) plays a fellow traveler fleeing China on the flight.  Henry is a self-made, rough 'n' tumble kind of guy who got in some trouble on Wall Street.  He's the down-to-earth straight guy who nicknames Lovett "Lovey."  Across from them is the unsentimental, hard-boiled hooker who seems to be stricken with consumption.  Gloria is coughing a lot in flight.  The three fellow travelers are definitely strangers.  We see that from the way Capra has them placed in the frame.  Lovett is probably the kind of man who knows he's the social outsider because of sexual orientation and keeps to himself.  This makes him more of an outsider.  He's probably protecting himself from rejection by not joining in.  Mitchell's character, Henry, would not bully Lovett.  He was a Wall Street swindler but, in Shangri-La, there is redemption and rejuvenation.  There's opportunity to make positive changes.  Three three strangers become friends in Shangri-La as they gradually drop the masks of their Anglo society selves (their inauthentic lives) and grow anew within the Garden of Eden-like Shangri-La.  The way they were placed on the plane when we meet them, each one seemed to be at the corner of a triangle.  There's a closer symmetry to them in Shangri-La. 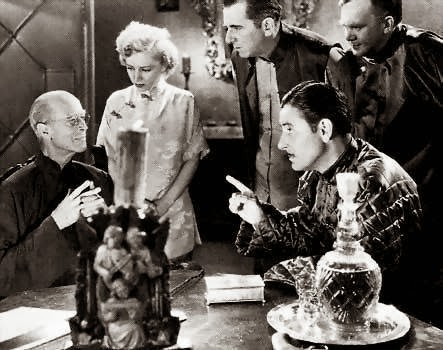 They're in line behind Conway as they learn about this new society.  As time goes by, the three form a unit.  I found that fascinating.  The Wall Street cheat really liked Lovey.  That's his friend. The hooker's health has healed and the ice has thawed from her heart.  No more harsh cosmetics and platinum blonde hair dye.  She's at peace with herself.  We know that romantic feelings will develop between the changed woman and the changed moneyman.  He's now contributing to a society by bringing positive and helpful changes to the villagers.  Henry has no need for money.  He volunteers his services.  His friendship with Lovey flourishes.  That's a miracle in itself.  Mr. Lovett was one of many who lost money to  Henry's Wall Street swindle.  Shangri-La has changed people.  Lovett is no longer a grumpy, suspicious fussbudget.  He's happy.  He likes being called "Lovey."  Children are fond of him.  He has a new life, friendship and security. 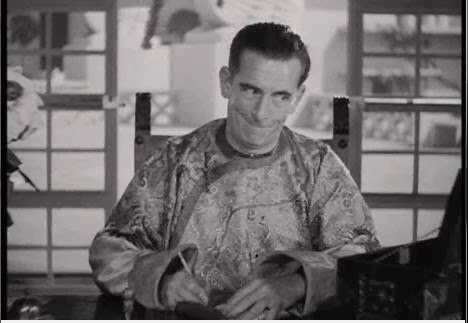 The three former strangers are now a trio.  Henry made Lovey comfortable enough to be at ease and to join in.  When you think about it,  not only have the three formed their own Chosen Family but we have Straight Guy/Gay Guy bonding and friendship. 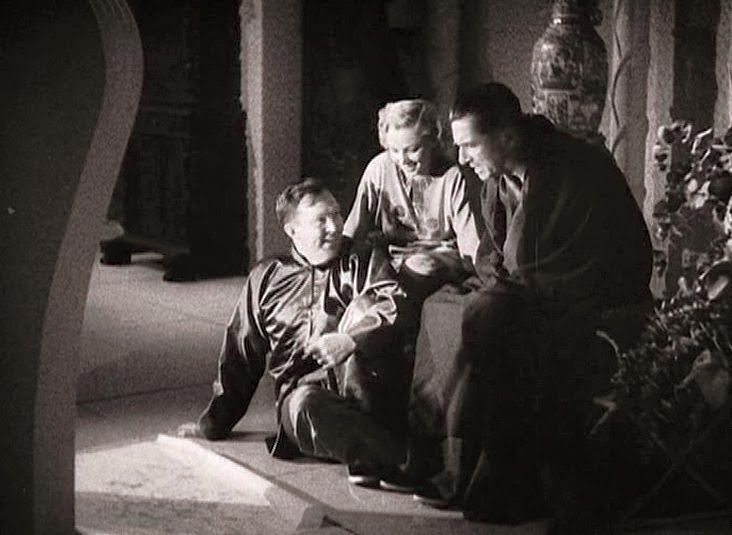 Could a straight man who wanted to make amends for some shady financial business go back to America, having an ex-hooker as his newfound love and a gay male teacher as his best friend without some sort of mean gossip?  That kind of diversity can bloom and thrive in the Shangri-La.

Look at that trio in Capra's Lost Horizon with that sort of Chosen Family attitude.  It's quite fresh for a 1937 Hollywood film.  It would still be fresh 50 years later, when you think about it.  Straight male/gay male friendships are rarely explored in mainstream Hollywood films, yet they exist.  Except for my late partner in the early 1990s, all of my previous roommates in my Milwaukee and New York years were the coolest straight male friends you could ever hope to have.  The 1991 indie comedy, Queens Logic, has a most refreshing and believable look at straight male/gay male bonding.  We meet a group of friends in New York.  One is about to get married.  One of the fellows, played by John Malkovich, is a working class, regular guy who just happens to be gay.  He's not the kind of fashion-conscious/body-conscious, festive and fabulous, trendy gay man you saw on TV's Sex and the City or Will & Grace.  He works in the fish market.  His straight buddies love, support, protect and tease him.  They want him to meet someone who's also just a sweet regular guy and can fit in with these working class friends.  I could totally relate to Malkovich's character.  (Queens Logic co-stars Kevin Bacon, Joe Mantegna, Jamie Lee Curtis, Linda Fiorentino and Megan Mullally right before she hit big on TV's Will & Grace).

Capra embraced racial diversity very cleverly in It's A Wonderful Life.  He brought the social classes together with equal seating on a bus trip in It Happened One Night.  I see a definite regard for sexual diversity in Lost Horizon.