Dr. King on The TONIGHT Show

"Faith is taking the first step even when you don't see the whole staircase."  ~Dr. Martin Luther King, Jr. 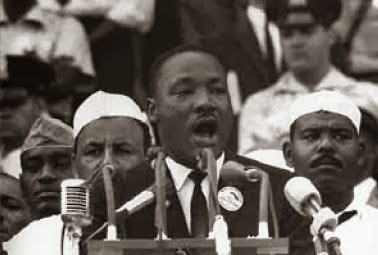 I wish you a most fulfilling Dr. Martin Luther King Day.  Do something for somebody.  Give a hug, take time to call and see how someone is doing.  Say "I love you."  Give time and attention to someone down and.  Help carry someone's packages.  Buy a needy friend a burger and a cup o' good coffee.  Write a check to UNICEF.  Spend time with a lonely senior citizen.  Go out and play with your kids.  Treat people with the respect and kindness you'd like to receive.  Be involved.  There are many little things you can do on Dr. King Day that can have a big impact on someone's spirit.  And yours. 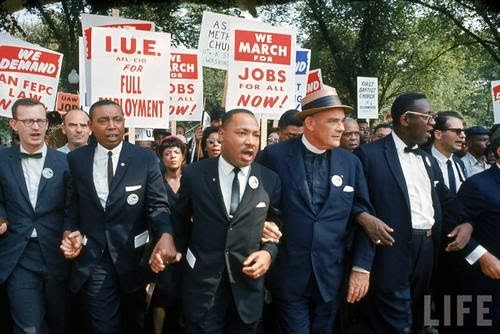 I blogged earlier that my two young nephews, ages 10 and 13, absolutely loved Lee Daniels' The Butler.  They raved about it the night they got home from seeing it with their parents at the cineplex one Friday night last summer.  We were in a room together while I was watching the Golden Globes on NBC and they asked if The Butler was nominated for anything.  That made me a very proud uncle.  We talked a bit about the history they saw in the movie.  I told them that I watched Dr. King give his famous "I have a dream" speech when the historic March on Washington was a live network TV news telecast.  I was a little kid.  Their dad, my brother, was even smaller.  I remember the civil rights history my nephews saw in The Butler.  I am a product of that history and a most grateful, humble beneficiary of the 1960's civil rights movement. 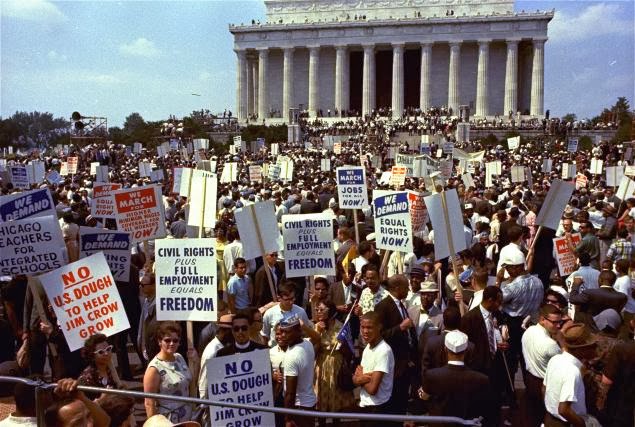 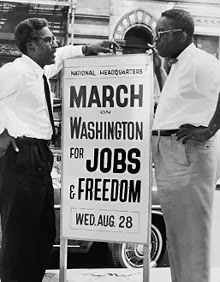 My nephews are the sweet product of an interracial marriage.  When I was born, interracial marriage was against the law in some American states.  Yes.  My brother and my sister-in-law would have been in legal trouble and, truthfully, perhaps in physical danger in some places for being married in the U.S.A.  Our country needed a Civil Rights Movement so we black people could wed, vote, get a good education and have equal opportunities here in the Land of the Free.

Last summer, when audiences' hearts were moved while spending time with The Butler, America celebrated the 50th anniversary of Dr. King's March on Washington.  I'm so glad my parents urged me to watch that special news telecast with them that August day when I was a youngster.  They knew the significance and importance of Dr. King's march. 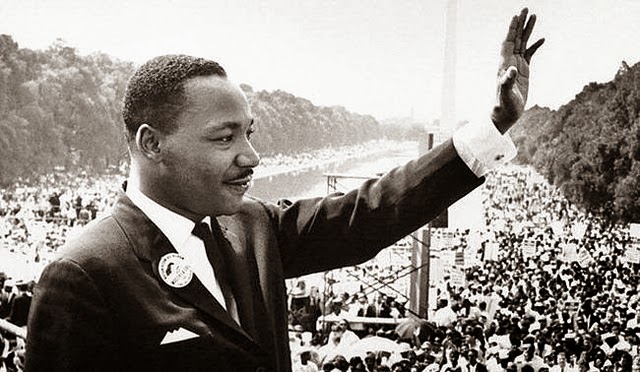 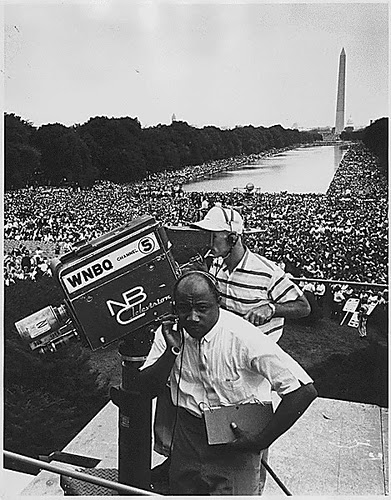 Many notables of stage, screen, music and literature attended the March on Washington to give support and witness history in the making.  Dr. King's friend, singer/actor/activist Harry Belafonte, was there in 1963.  Here he is with actors Burt Lancaster (L.) and Charlton Heston (R.). 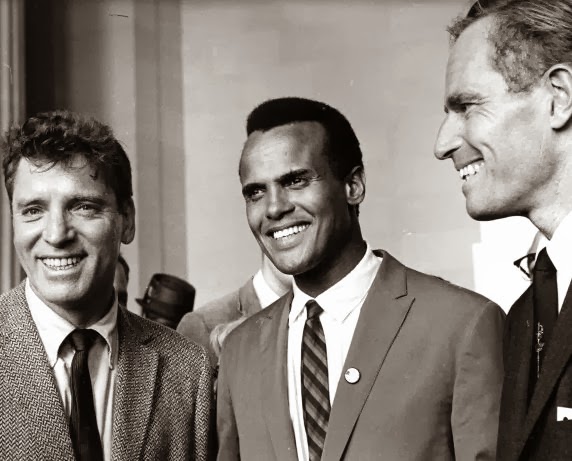 In previous blogs, I've written about Dr. King's rare NBC nighttime appearance.  Many people today don't know about it.  I wish NBC would pull Dr. Martin Luther King's special guest appearance on the Tonight Show out of its archives and air the segments now for historical purposes.  It's still relevant.  I was high school at the time and got to stay up late so I could see it.  I talked about this show in 1991 when I was a guest host on a CNBC prime time program called Talk Live.  My guest was Belafonte friend and film producer Chiz Schultz.  Chiz's credits include 1970's The Angel Levine (starring Belafonte, Zero Mostel, Eli Wallach and Anne Jackson) and A Soldier's Story, an Oscar nominee for Best Picture of 1984 and starring Denzel Washington.

Chiz was on the Tonight Show production team when Dr. King was a guest.  Back then, Johnny Carson's late show was based at 30 Rock in New York City.  Years later, the show relocated to Los Angeles.  Carson was on vacation and his guest host for the whole week was Harry Belafonte.  This was major.  An African-American entertainer was the guest host on a network late night entertainment talk show.  This was a rare sight in 1968.  OK, let's face it:  It would be a rare sight now too.  We've never seen a black host get a late night talk show gig on NBC, CBS or ABC.  That's one reason why showing this archive footage in 2014 would be so relevant.  On CNBC, Chiz told me that Harry Belafonte had a star-studded week of guests booked.  He wanted to book Dr. King.  NBC brass was nervous and opposed his wish to book Dr. King.  Executives saw Dr. King, a Nobel Peace Prize recipient, as a political radical and they did not want to loss sponsors.  Belafonte held firm.  He booked Dr. King.  Not one single sponsor was lost. 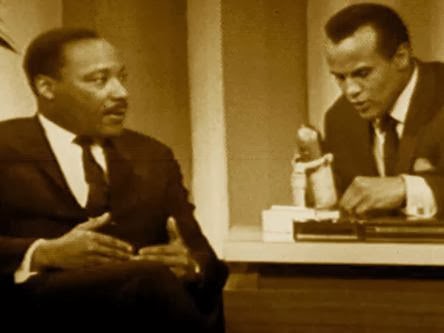 This was February 1968.  Dr. Martin Luther King was assassinated in April 1968.  NBC has something very special in its Tonight Show archives.  Is the network aware of that?  NBC could air it during Black History Month on the Today Show.  Have Mr. Belafonte in studio as a guest.  There's an idea.

Wish me luck.  I'm taking the message of Dr. King's quote up top to heart.  I'm on the road for a week, with a new and rejuvenated spirit, determined to get work again.  I've got a lot more faith in things now than I did three years ago.  I'll be starting over, in a way, with this job search.  I'm taking a big chance, a giant step, on this trip.  But I feel positive.  And I've got enough to take in a new movie or two in my spare time. I'll let you know how they were when I get back.  Take care.