In my high school years, I got fascinated with Alec Guinness.  And that was about a decade before teen moviegoers would become fascinated with the veteran British actor all over the world due to his performance as Jedi Master Obi-Wan Kenobi in 1977's Star Wars.  By that time, Guinness owned an Academy Award.  He was voted Best Actor for 1957's war epic, The Bridge on the River Kwai.  The David Lean film was voted Best Picture.  He was a supporting player in another Lean production that won the Oscar for Best Picture.  It was 1962's Lawrence of Arabia.  Guinness for a British military officer in a prison for the 1957 winner.  He was an Arab prince in the 1962.  He played the ultimate symbol of good in Star Wars.  He played Hitler.  The word "amazing" is overused in entertainment news but Alec Guinness truly was an amazing character actor.  He began his film career doing British films based on the classic work of Charles Dickens -- Great Expectations and Oliver Twist.  Those were released in the 1940s.  In 1980, he was awarded a special lifetime achievement Oscar.

What fascinated me about Alec Guinness was that he looked different in every single role.  He was different.  He was the character.  He was not a showy actor.  There was a brilliant economy and clarity to his acting.  He got the essence of the person, the essence of the situation.  And you did not go into a movie theater or watch him on television knowing about his personal life.  We knew very little about his personal life.  Not like Hollywood actors constantly covered by the entertainment press.  We knew more about his characters onscreen than we did about the gentleman playing them.  Like Laurence Olivier, he came from Shakespearian stage roots and went on to star in big Oscar-winning Hollywood hits.  Both were skilled dramatic actors of great acclaim.  But, to me, Mr. Guinness had a greater gift for comedy and whimsy than Mr. Olivier did.  Look at Guinness in Kind Hearts and Coronets.  He had 8 roles in the comedy -- and one of them was a female.  I love him as the confident guy from the wrong side of the tracks whose ambition bumps him up in business and social standing.  He's always got a trick or two up his sleeve in The Card but he doesn't hurt anyone.  He's a hoot to watch in that 1952 British comedy, also known as The Promoter.

I recently watched an early Alec Guinness film for the first time.  I didn't know much about it.  I did know that it had been remade as a Hollywood comedy that switched genders for the lead role and starred Queen Latifah.  I haven't seen that 2006 release.  I did see the original 1950 release.  What a charming, touching, witty and wise comedy.  I want to see it again.  It's called Last Holiday.  Guinness plays a nice man...an everyday man whose existence is sort of beige.  He's not married, not in love, has no best friend he sees regularly.  He just goes to work and goes home.  Alone.  Then his doctor calls him into the office to go over an X-ray.  The doctor tells him that he's got a rare and fatal disease. 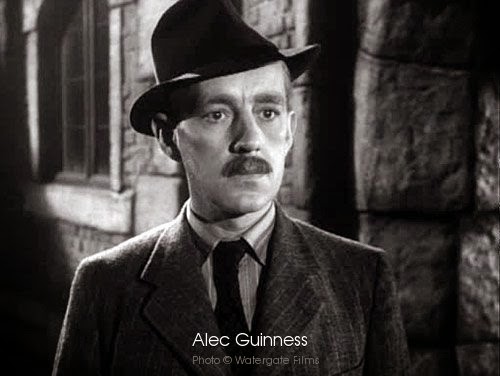 With only weeks to live, he quits his job.  He takes the money he's saved on goes on a vacation -- a holiday to a fancy resort.  It's something he's never done.  Suddenly, things change.  He's been told he's dying but financial luck, executive job offers and romantic feelings come his way.  He shaves off that stodgy caterpillar of a mustache. 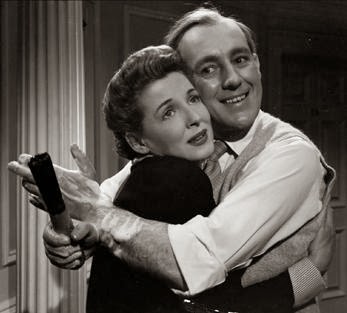 He has an impact on people and begins speaking his intelligent mind.  Will George Bird tell the people at the resort about his physical condition?  They see him as a mysterious, sophisticated, well-to-do gent.  They don't know he was a simple worker who sold farm equipment and lived modestly.  His world is different now.  He sees things differently. 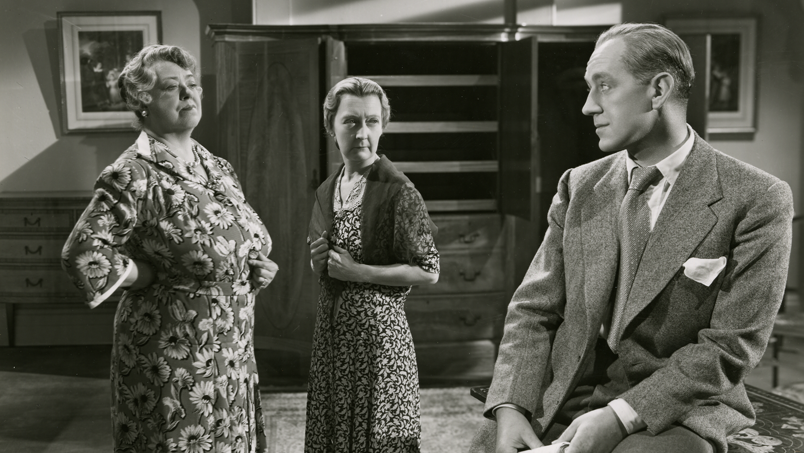 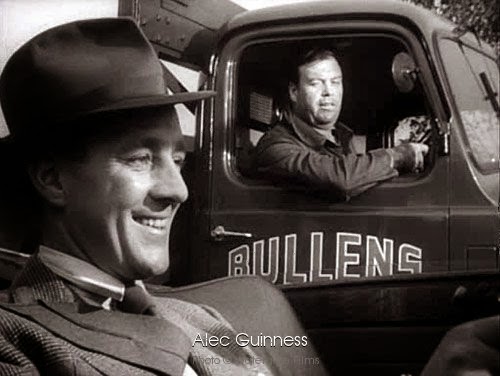 I've got a DVD double feature for you:  Rent Alec Guinness' Last Holiday and the famous 1935 Hollywood sequel, Bride of Frankenstein.  I blogged about that landmark successful sequel to Frankenstein in my 2012 posts.  Go to that year on my blogsite and click onto November to read my article.

Bride of Frankenstein is a witty ode to death with the Frankenstein monster now lonely and wanting a mate.  One will be created for him out of various parts of corpses.  In Bride of Frankenstein, we see the dead brought back to life.  In Last Holiday, we meet an average working class man who seems to be mimicking death before its time.  George Bird is a good man who's alone, lonely, unloved and no one makes treats him as if he's special.  He's alive but he might as well be dead.

Both films have something in common.  Ernest Thesiger is delightfully decadent and a stand-out as Dr. Pretorious, a big queen of a grave robber in Bride of Frankenstein.  The freaky scientist loves death and helps create the Monster's bride.  There's a glee in his wickedness.  In Last Holiday, the actor appears as a very respectable and serious upper class Brit who checks into the fancy resort.  He has a curious encounter with George Bird.

As Georgia Byrd in the remake, from what I've read, Queen Latifah plays a woman who works in a New Orleans department store.  She's told she has a serious ailment and then goes on a European holiday.  She stays in a deluxe hotel, goes snowboarding, cooks gourmet meals with Europeans and meets important American politicians. 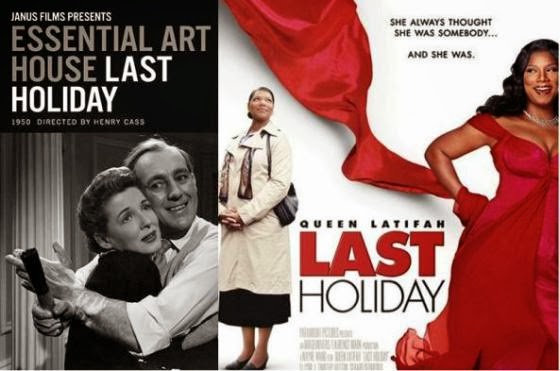 There are laughs in the original but it doesn't really try to be funny.  The action never gets outrageous and over-the-top simply the sake of being outrageous and over-the-top.  It stays consistently and tenderly on the dramatic core of the story -- that a man truly starts to feel his life when he's told he hasn't got long to live.  Guinness lets us into his heartbreak, his regrets, his new-found joy and the way he begins to embrace each moment.  That's what makes Alec Guinness' performance so moving.  He plays the heartbreak of the character and we see the comedy that is Life.  The movie really has something to say about how we treat ourselves and how we treat others.  I hope this classic British film charms you as much as it did me.  Try that DVD double feature -- 1950's Last Holiday starring the wonderful Alec Guinness and 1935's art deco horror sequel from director James Whale, Bride of Frankenstein.

Thanks for taking time to read my blog.