I could not believe that someone, especially a television executive in New York City, made such an ignorant and blunt statement about Oprah Winfrey out loud and in a meeting with employees.  I thought about that executive's misstep yesterday when I read that Oprah got a Screen Actors Guild nomination for her impressive dramatic performance in Lee Daniels' The Butler starring Oscar winner Forest Whitaker in the title role. 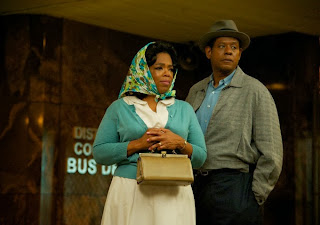 Just because you work on a TV show and you're seen every week does not mean you're making big bucks.  I can attest to that.  Since 2000, a period of time in which I've had high-profile network television gigs, the highest annual salary I had for one of those network jobs was about $58,000.  As I've told friends and family, I'm a TV performer because I love it.  I could've made more money had I been a postal employee or a dental hygienist back in New York.  Just because you work on a national TV show, one that's a hit, does not mean you are getting across-the-board respect in the entertainment industry.  Oprah can tell you that.  She was treated shamefully by a Chicago entertainment industry figure when she wanted to audition for The Color Purple.  Oprah was a national TV celebrity at the time, a rising star with her own syndicated television show -- and she was treated like a no-talent unknown.  After that humiliating experience, Oprah persevered.  She eventually got the audition.  And she got the part.

The Color Purple was doing good business at the box office.  Oprah was doing interviews for the Steven Spielberg movie and promoting her daytime talk show.  She was scheduled to visit New York City.  I was new to Manhattan, having been hired by local WPIX TV.  I was a regular on the station's local weekday public affairs show.  During a production meeting, someone said to our boss, "Can we see if we can book Oprah for an interview?"  Our boss replied with her honest and stunning opinion about Ms. Winfrey.  "To me, Oprah's a buffoon," she said.  You could hear little gasps of disbelief -- mine included -- in the room.  This was especially stunning because several of us on the staff had the constantly frustrating experiences of dealing with the associate producer, a woman who was one of our boss' best friends and was -- shall we say --  intellectually-challenged.  I'm not making this up:  For the May ratings features, the associate producer once asked me if I could get an interview with George Gershwin whom she'd heard had written a piece of music called "Rap City in Blue."  Yes, she thought Gershwin was a black and a rising hip-hop music star who lived in New York.  And she was in an executive position on a New York City television show dealing with current affairs.

I'd been watching Oprah since 1984 when I lived on Prospect Avenue on the East Side of Milwaukee.  Our building could get the Chicago station that aired "A.M. Chicago" hosted by Oprah Winfrey.  That was a local show that looked like it had a weekly budget of $500.  But this new female host had a million dollar personality and charisma.  She also had talent and star quality.  The half hour went to one hour and -- oh, yes -- the name was changed to "The Oprah Winfrey Show."  And then she got a choice role in a highly-anticipated Hollywood adaptation of a Pulitzer Prize winning novel.  She'd make her film debut in a movie directed by Steven Spielberg. This was groundbreaking for a daytime TV host -- especially a black, female TV host who started her TV career doing local news in a smaller market before getting to Chicago.

A few days after that WPIX staff meeting, I was listening to some entertainment news in the office.  To a co-worker and within earshot of our boss, I said "Hey, did you hear the news?  The buffoon just got nominated for an Oscar."  That was 1986.  I knew my days on that show were numbered.  That was totally fine because in 1987 I was hired by VH1 to be network talent.

Oprah was an Oscar nominee for Best Supporting Actress.  Her talk show increased in popularity and became a global sensation making her one of the richest people in the entertainment industry.  She received a Medal of Freedom Award from the White House, a Kennedy Center Honor and an honorary Academy Award for her humanitarian work.  Away from acting for quite a few years, she returned to the big screen as the complicated wife of The Butler.  Yesterday, that Civil Rights era drama put Oprah in the SAG Awards category for Outstanding Performance by an actress in supporting role. 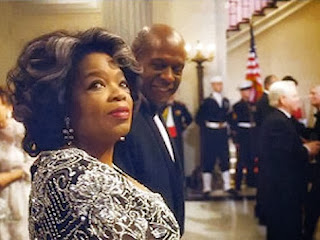 Today, Oprah did not make the Golden Globes list of Best Supporting Actress nominees.  Next month, we'll see if she nabs her second Oscar nomination in that category.  Keep this in mind about the Golden Globes -- it's the same organization that gave Pia Zadora the New Star of the Year award for her performance in 1982's Butterfly.  Name two critically-acclaimed movies starring Pia Zadora released after 1982.  Name two critically-acclaimed movies starring Oprah Winfrey released after 1982.

For Best Actress in a 1996 Musical or Comedy, three of the nominees were Frances McDormand for Fargo, Debbie Reynolds for Mother and Barbra Streisand for The Mirror Has Two Faces.  The Golden Globe winner was Madonna for Evita.  Seriously.

As for my boss at WPIX TV, if Oprah Winfrey was buffoon...I guess she got the last laugh. 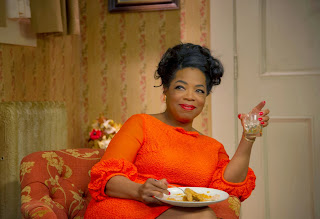