If you're a hardcore film fan, the Academy of Motion Picture Arts & Sciences is like a relative.  You love it but it can often drive you nuts. Especially at Oscar season, which is now underway.  The Hollywood Gold Rush kicked off early this morning with the announcement of the Oscar nominations.  I'm very passionate about racial diversity in film and television, so I am thrilled that Mexican star Demián Bichir is a nominee for Best Actor. 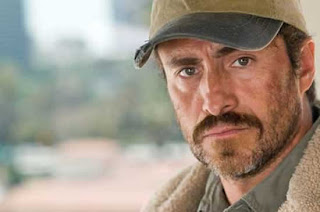 The majority of American TV viewers probably said "Who?" today when his name was announced.  Well, he plays a Mexican single father in East Los Angeles, working as a gardener to make a better life for his son.  That's the name of this tale of paternal love -- A Better Life.  It's available on DVD. 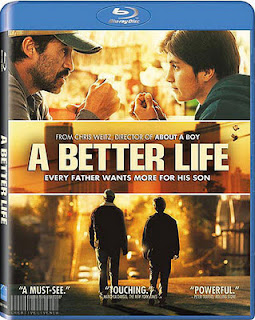 As expected, Viola Davis and Octavia Spencer are Oscar nominees for their outstanding work as The Help.  Two African-American women nominated for Academy Awards today.  That's more than the number of Black actresses we saw in the premiere episode of Pan Am on ABC.  Heck, there are more Black background actors in The Artist than there were in the first two episodes of Pan Am ...and The Artist opens in the Hollywood of 1927.  This is why I like to keep check on diversity.  Viola Davis made history.  Following Whoopi Goldberg, she is the second Black actress in Oscar history to have more than one Oscar nomination for acting to her credit.  Think about that:  In all these decades, only two.  Other gifted minority women like Ruby Dee, Diahann Carroll, Alfre Woodard, Angela Bassett, Diana Ross, Cicely Tyson, Dorothy Dandridge, Hattie McDaniel, Ethel Waters and Rita Moreno had only one invite to Hollywood Prom Night. 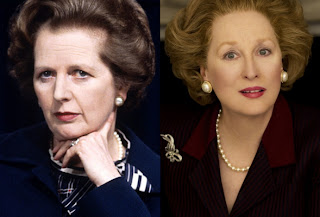 Meryl Streep got her annual Oscar nomination.  Her 17th.  She's a Best Actress nominee for playing Britain's Prime Minister Margaret Thatcher in The Iron Lady.  I read some critics comment that she hasn't won an Oscar in 29 years.  I love La Streep.  But keep in mind that she's got two Oscars already.  Actors like Edward G. Robinson, Myrna Loy, Ida Lupino, Donald Sutherland, Mia Farrow and Dennis Quaid have no Oscar nominations in their bios at all. And they did some excellent work.  That's right -- Edward G. Robinson, 0.  Marisa Tomei, 3.  And one win for Marisa.  Meryl will be just fine.  A performance I wish would've made that category is the one delivered by Mia Wasikowska. She went from perfectly playing the college-bound daughter of lesbian California moms who's curious to find out who her father is in The Kids Are All Right -- 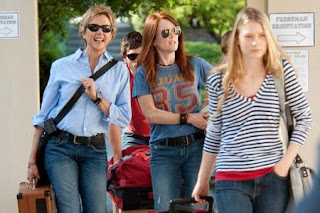 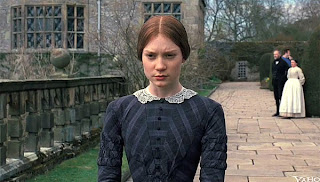 In the early years of Oscar, up until the 1940s, there were ten nominees for Best Picture.  Then the field was reduced to five.  A couple of years ago, it was kicked back up to ten again.  But this morning, there were only nine nominees for Best Picture.  Critically acclaimed films like Jane Eyre, Shame, A Better Life, A Separation, Tinker Tailor Soldier Spy and the last Harry Potter adventure did not make the cut. But the critically roasted 9/11 drama Extremely Loud & Incredibly Close did.  That's the kind of stuff about the Academy that makes you nuts.  And then there's the seemingly bi-polar category of Best Song.  Back when many of the tunes that are now standards in American's Songbook were written for stars such as Fred Astaire, Judy Garland, Bing Crosby, Frank Sinatra, Doris Day, Alice Faye and Deanna Durbin to introduce in their movies, there were ten nominees for Best Song.  In the 1940s, it was also reduced to five.  In the last few years, the number of Best Song nominees has varied to less than five.  I really don't understand why.  The year of Brokeback Mountain is a good example.  In a critical scene, heartbroken Jack Twist, played by Jake Gyllenhaal, speeds off in his pick-up truck from a major romantic disappointment. The song, "A Love That Will Never Grow Old," performed by Emmylou Harris, plays on his truck's radio as he heads for the Mexican border to deal with his emotional deprivation. 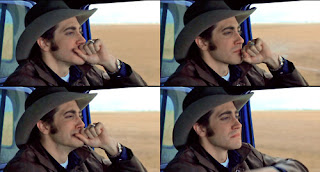 That country song works wonderfully for the characters, the story and the emotions of that sequence.  And I'm not writing that because I'm a gay man.  It just did.  In fact, it won the Golden Globe for Best Song.  The Oscars ignored it, nominating only three songs that year.  One from the movie Crash, a delightful Dolly Parton song, "Travelin' Thru," from the movie TransAmerica, and the song that won the Oscar -- "It's Hard Out Here For A Pimp" from Hustle & Flow.  I'm still waiting for the Michael Bublé cover of that one. 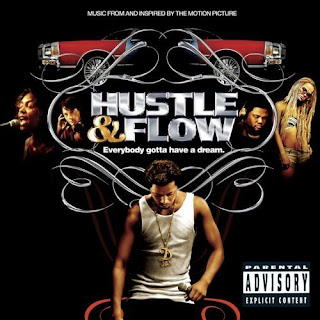 I was positive that Mary J. Blige would be an Oscar nominee for the stirring anthem she contributed to The Help.  But her song, "The Living Proof," was ignored.  Only two songs were nominated.  Both from features mainly for kids, one animated and the other with Muppets.  I don't get what the new rules are for the Best Song category anymore.  Mary, if it's any consolation, let's look at the year 1964.  These Lennon and McCartney tunes from the comedy A Hard Day's Night were all eligible for Best Song:  "Can't Buy Me Love," "I Should Have Known Better," "And I Love Her," "If I Fell," "I'm Happy Just To Dance With You," "This Boy," "Tell Me Why" and the title number, "A Hard Day's Night." The Beatles were totally ignored.  The Oscar went to "Chim Chim Cher-ee" from Mary Poppins.  And there you have it.  The Oscars will be handed out on Sunday, February 26th.
at January 24, 2012