If you're a serious fan of films directed by "The Master of Suspense," Alfred Hitchcock, and if you get TCM (Turner Classic Movies), you can plant yourself in front of the TV and be a happy couch potato this weekend. A Hitchcock Binge Weekend begins very early Saturday morning, June 26th, with only Hitchcock films airing through  very late night Sunday. Not only was Hitchcock a famous and innovative film director. Starting in 1955, he became the extremely popular prime time network host of his own TV show. His portly profile in the show's weekly opening and his laconic, tongue-in-cheek, humorously macabre delivery of the introductions made him seem like a distant relative to the Addams Family. He was so popular that comedians did imitations of him on network TV variety shows. His anthology series, ALFRED HITCHCOCK PRESENTS, aired from 1955 through 1962. The show's popularity brought the director a new, younger audience and made him a most recognizable celebrity. It was during that TV show run when Hitchcock made his 1960 masterpiece, PSYCHO. He was no typical TV host. 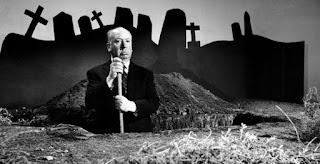 Paramount Pictures executives read the PSYCHO script and felt the material was too gruesome to attract an audience. To dim the noted director's enthusiasm for the project without verbally pissing him off, they decided to give him a fairly medium production budget causing him to lose interest in shooting the project. Well, Hitch financed it himself and used the TV crew from his Universal TV show to shoot the Paramount Pictures release on the Universal Studios backlot -- in well under two months. Hitchcock was offered a budget of about $807,000. PSYCHO made $50 million at the box office -- and became a highly influential work of cinematic art.

The All Hitchcock Weekend on TCM kicks off Saturday morning at 6:00a Eastern with SABOTAGE (1936). The Saturday line-up later in the day includes THE 39 STEPS (1935) and  SABOTEUR (1942) with the famous scene of Norman Lloyd as a villain with vampire-like teeth dangling from the Statue of Liberty. SABOTEUR also has a one-or-two line appearance from celebrated author and noted wit Dorothy Parker as a highway motorist. Also airing Saturday are NORTH BY NORTHWEST, VERTIGO, THE BIRDS and REAR WINDOW.

As for the Sunday line-up: Shirley MacLaine was a Broadway chorus dancer/understudy performing Bob Fosse choreography in the hit musical comedy, THE PAJAMA GAME. Carol Haney had a supporting role and wowed audiences with her "Steam Heat" number. One night, Haney had a broken ankle, Shirley went on for her and Paramount Pictures producer Hal Wallis happened to be in the audience. He felt she ought to be in pictures. Shirley MacLaine made her movie debut in Paramount's THE TROUBLE WITH HARRY airing on Sunday along with James Stewart and Doris Day in THE MAN WHO KNEW TOO MUCH, THE LADY VANISHES (1938), SHADOW OF A DOUBT, DIAL M FOR MURDER, MARNIE and PSYCHO starring Janet Leigh and Anthony Perkins. 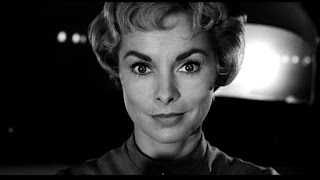 Missing is one of my Top 5 Favorite Hitchcock Films -- 1946's NOTORIOUS starring Cary Grant, Ingrid Bergman and Claude Rains. Man, how I love that movie. It should be in the TCM library. 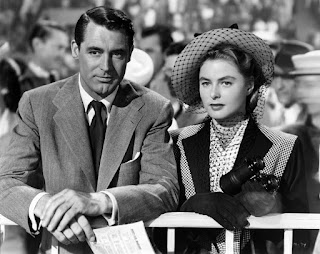 To see what other Alfred Hitchcock classics are airing this weekend, just click onto Schedule and then go into Daily Schedule after you log onto -- www.TCM.com.