If you are unfamiliar with the glorious jazz voice of Britain's Cleo Laine, treat your ears for a few minutes. I first discovered her artistry during my first professional broadcast job when I was a recent college graduate. I read the weekday morning news on a popular FM rock radio station in Milwaukee. Publicists sent all sorts of record albums to the program director to consider for airplay. Albums that wouldn't be played were placed in a box for staffers to sift through and take home. I saw an album by Cleo Laine. I took it home, played it and I was hooked. This was the late 70s. In the mid 80s, I had the privilege and joy to interview her on New York TV. I was new at WPIX TV and she was a cast member in the Broadway musical, THE MYSTERY OF EDWIN DROOD. 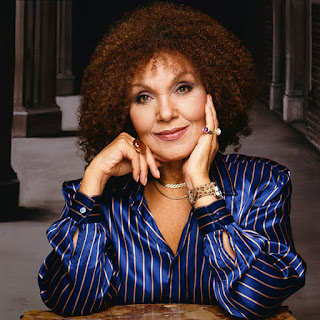 Here's Cleo Laine swinging the title tune from another Broadway musical, "On a Clear Day You Can See Forever."

Here's one of the cuts I heard on the Cleo Laine album I took home from work at that FM rock radio station in Milwaukee. From PORGY AND BESS, here's "I Loves You, Porgy."

I hope you enjoyed the  artistry -- and range -- of singer/actress Cleo Laine.