Classic Films and the Classroom

I have a simple tip for you that could help kids in the classroom. My mother seemed magical when it came to gardening. We had a large backyard. Besides growing an array of colorful flowers, she had all sorts of vegetables growing in our Southern California soil. On Saturdays, when I was a boy, I'd often be her helper and make holes in the soil for bulbs and seeds she'd plant. We talked a lot while gardening. One day, she mentioned a movie she'd loved ever since she was a girl. The movie was THE GOOD EARTH, a prestigious and Oscar-winning 1937 Hollywood classic based on the famous Pearl S. Buck novel of the same name. 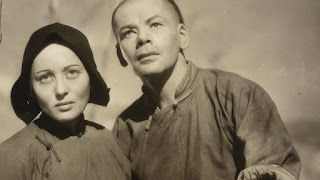 Mom told me about O-Lan, the Chinese peasant wife who ate a peach on the day she married. When she got to her new home with her husband, she planted the seed from the peach in their yard. From that seed, a peach tree grew. 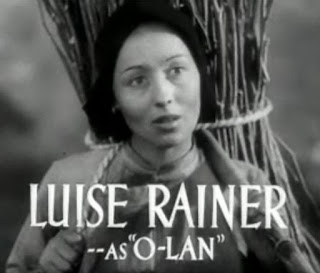 Later, one day when Mom was off from work and I was home from school, THE GOOD EARTH aired on one of our local Los Angeles TV stations. Mom suggested we watch it together. I could see why she loved it. I loved it too. Seeing the movie, being able to attach movie faces to the characters, planted a seed of interest in me to look for the book in my school library. Mom introduced me to a classic film. That film was a bridge to classic literature.

Fast forward to the spring of 2008. I had a meeting with a representative at the Actors Fund in New York City. During our meeting, her daughter called from Oakland  The rep, a most helpful and friendly woman I'd worked with previously, mentioned that her daughter was a 7th grade teacher and a bit frustrated. The class didn't seem to connect to the book it had just started reading. I asked her what the book was.

"THE GOOD EARTH," she replied.

She didn't know about the 1937 movie. I suggested her daughter show the movie on DVD to the class and then return to the book.

The rep told her daughter my suggestion. A week later the Actors Fund rep told me that her daughter reported "It worked. The class loved the movie and is now interested in the book."

One summer vacation, during my grade school years, Mom coaxed me to watch the 1935 movie of A MIDSUMMER NIGHT'S DREAM when it was airing one morning on local TV. I didn't understand much of the Shakespearian language but I loved the visuals, James Cagney as Bottom and Victor Jory as Oberon. Dad had a record set of Laurence Olivier, with cast members, in excerpts from the 1948 film adaptation of HAMLET. I listened to it on my record player. Again, I didn't quite understand the Old English language. However, my parents -- a registered nurse and a postal clerk in South Central L.A. -- had introduced me to Shakespeare. Those introductions would pay off when I took English Lit. in high school.

I read ELMER GANTRY by Sinclair Lewis because the 1960 film starring Burt Lancaster was the main feature for one of our Rivers Family nights at the drive-in movies.

I know that THE GOOD EARTH is a very old film -- in black and white yet -- but I think you get the overall idea. Be creative. Be imaginative. Use classic film as an educational tool. A classic film could introduce a kid to other arts.