The Real Lady Day in BILLIE

This documentary has punch and power as it focuses on one of the premiere jazz artists in American history -- singer Billie Holiday. 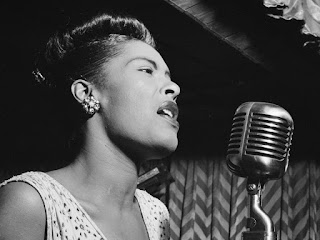 The documentary is entitled BILLIE. In 1972, singer Diana Ross made her acting debut as Billie Holiday in LADY SINGS THE BLUES. The former Motown girl group star wowed the critics with her dramatic work and got a well-deserved Oscar nomination for Best Actress. Also in the 1970s, a Jewish female journalist from the Bronx in New York was working passionately on gathering interviews and information on Billie Holiday. Linda Kuehl became obsessed with the jazz singer when, at age 14, she heard one of her albums. In Kuehl's adult years, she was determined to write a biography of Billie Holiday that would not present the late artist as a victim. 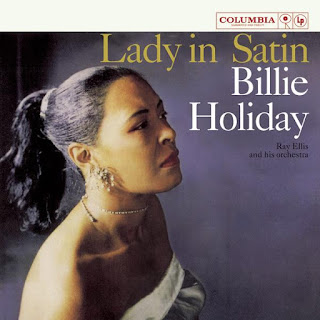 I easily understand how the 14 year old future journalist felt. During my Catholic high school years back in South Central Los Angeles, I had an algebra teacher named Mr. Pizzorno. He was a slim, serious yet approachable young man with red hair and an untrimmed beard. He looked like a 60s hippie who had donned a suit for his parochial school day job. He respected the students and we respected him. He took a sincere interest in us. I was stunned at how he through my thick head. My head was very thick when it came to math but Mr. Pizzorno made me get it. He was a successful teacher. I finished his course with a good grade. One afternoon after class, he called me over to his desk and gave me a piece of paper. On it was written a local FM radio station's call letters and a name. Mr. Pizzorno said, "I have a nighttime job on radio. That's the station and that's the name I use on radio. If you can, listen to me Thursday nights at 10. I think you'll like it." 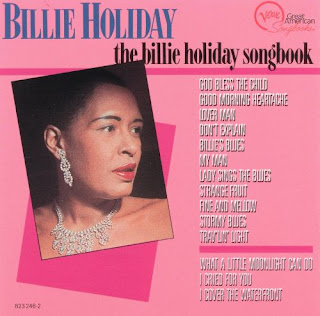 Mr. Pizzorno hosted a jazz show. On Thursday nights, he devoted the full 10:00 hour to Billie Holiday cuts. I had never really heard her until I tuned in to Mr. Pizzorno's show. When I heard her sing "Trav'lin Light," "Don't Explain" and "Autumn in New York," my soul was illuminated. Her voice took my teen emotions somewhere they'd never been. Just like Linda Kuehl in the Bronx, I was hooked. And this was before I saw Diana Ross in LADY SINGS THE BLUES. 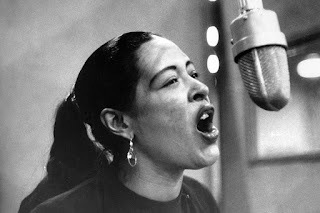 The BILLIE documentary has recorded interviews with musicians, friends and some folks who remembered Holiday from her teen years growing up in Baltimore. We hear from known artists such as Tony Bennett and the late Carmen McRae. We hear from Billie Holiday herself in radio interviews and we see her in performance. We see her artistry in action. Seeing her sing the stinging anti-lynching social statement, "Strange Fruit," is unforgettable. What we learn about the singer, nicknamed "Lady Day" when she sang with Count Basie's band, is strong stuff. It should probably come as no surprise that it's stronger than the material in 1972's LADY SINGS THE BLUES. Holiday was serious her craft. She also lived her life on her own terms. She liked to get high. She was sexually fluid. Holiday had male and female lovers. With a talent that took her from singing with bands during the Swing Era to a concert performance at Carnegie Hall and then a European tour, she surely made some White male Americans jealous with her income, fame and the fact that she slapped American across the face for its racism with "Strange Fruit." She'd experienced racism herself on the road with the bands. She did jail time for drugs -- and the government seemed determined to make her do jail time. If you saw LADY SING THE BLUES. the real life Louis McKay was nowhere near as likeable as Billy Dee Williams in the movie. He was a weasel who married and abused Billie, physically and financially, in her final years. 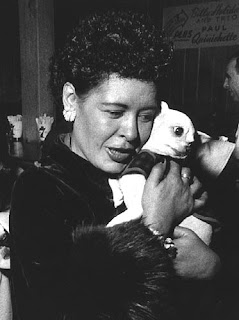 You get two fascinating stories in this one documentary. There's the story of Billie Holiday and there's the story of the young female journalist who got some pretty incendiary material in her recorded interviews of those who knew Lady Day. Both the singer and the journalist came to sad, untimely ends. BILLIE is worth seeing and very well done. It opens on December 4th. Here's a trailer.
at November 29, 2020