I guess you've heard -- and seen -- that ABC had a "Disruption With The Stars" on live network television Monday night.  Disgraced Olympic swimmer, Ryan Lochte, had performed his first dance on DANCING WITH THE STARS.  Personally, I chose not to watch.  Casting him strikes me as insensitive and sending the wrong message.  Especially for a network owned by Disney.  News of his being added to the celebrity line-up of dancers for this season came during coverage of his scandal in Rio.  He was a lead story.  The gold medal winner lied about being held up at gunpoint in Rio.  That lie infuriated Brazilians.  It embarrassed Americans during the Olympics.  Immediately, he took the blond out of his hair to appear less like a privileged party boy American.  You could tell that image rehabilitation was forcefully in progress by his handlers.  Especially since a big sponsor like Speedo dropped him during the international scandal. 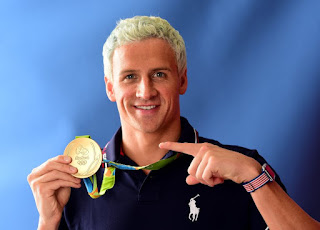 News came out from ABC that Lochte had been in discussions to be a contestant on this season's DANCING WITH THE STARS before he made a mess of things in Rio.  I feel that ABC should have replaced him when the scandal broke.  The show's producers could have found a replacement quite easily.  That would have been the sensitive thing to do because this whole Rio crisis has the odor of white American privilege in an ethnic community.  That point was made in initial reports in The New York Times which included quotes from Brazilian officials.  DANCING WITH THE STARS already had Paula Deen on the show.  She got rich thanks to Food Network shows and exposure.  Then came news of her racial insensitivity.  She was dropped by the network, did mea culpa appearances on TV news programs and then made big money as a contestant on DANCING WITH THE STARS.  Reportedly, contestants get paid quite well and the money increases each time they advance to the next round. 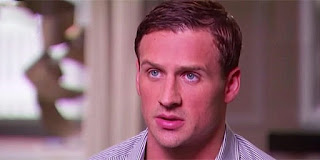 ABC and DANCING WITH THE STARS did not replace Ryan Lochte.  Brown people in Brazil are still pissed about what he did.  I can understand that. As I've written before -- what if this year's Olympics had been held in Los Angeles and what if Lochte did what he did in a black or Mexican community?  Think about what the aftermath and anger of that would've been like.  Would he be on DANCING WITH THE STARS now if that was the case? 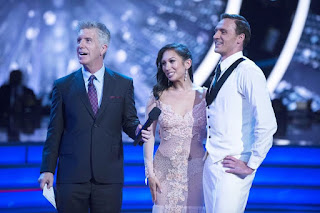 So, he danced Monday night.  And the song chosen for him to dance to was a tune very popular in the 1960s.  It won the Oscar for Best Song of 1963.  The song is "Call Me Irresponsible."

That really irked me.  Lochte didn't pick that song.  He'd probably never even heard of it.  But for producers to choose that particular song made me feel as if the show -- which boasts of having only positive vibes -- was making light of an incendiary situation overseas in which a white American besmirched the image of Latino people.  Another song should have been assigned Lochte.  He did not make some wacky teen boo-boo with dad's car, something like you might have seen in a 1980s comedy written and directed by John Hughes.  He made a more serious mistake as a guest in a foreign country and others were involved.

Producers should have chosen another song.  And if they did think they could make light of his situation, the disruption on the set during the telecast and the removal of protestors from the audience proved otherwise. 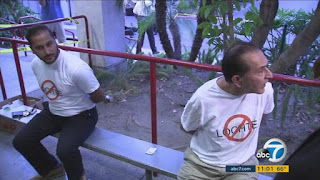