Love For My Union on Labor Day

I am a proud SAG-AFTRA union member.  SAG is Screen Actors Guild.  AFTRA stands for American Federation of TV and Radio Artists.  The union protects me as a performer.  It's determined to assure that I'm treated well.  It has my back.  Here's what happened to me when I took a non-union gig when my finances were extremely low.  I'd been a regular on a good ABC network news magazine show that was cancelled.  The following year, I booked some on-camera commercial national employment.  Not full-time, mind you.  But something.  Unexpectedly, my broadcast agent dumped me in person saying, "I can't get you work.  You're getting older and you're not a celebrity."  He did this in person because I'd dropped by with the extra copies of my demo reel on VHS that he'd requested just two days earlier.

Two months later, without an agent, I was contacted to audition for a national TV host job.  And I booked it. It was a once-a-week show that aired in prime time and a very popular cable network.  The show clicked with viewers.  I was the host and did all the voice-overs on each show.  We premiered in 2002.  We shot 100 episodes.  After that, the network didn't renew us again.  But, it had enough episodes to "strip" the show.  To "strip" means to air it Monday through Friday in the same time slot.  And that's what the network did after not renewing us.  The once-a-week show now aired Monday through Friday in a daytime slot.  Our show aired every week from 2002 to 2008.  Terrific, right? 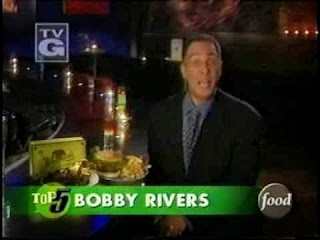 Well, it was excellent exposure for me and I did work with a mighty fine crew.  I was so grateful for the job.  However, because it was a non-union gig, I did not get residuals for any of the repeats.  We wrapped production in the summer of 2004.  Repeats aired every week through the spring of 2008.  I didn't a get a penny for the repeats.  If that had been a SAG-AFTRA union job, I would have received residuals.

Case in point:  I did a bit part in one episode of HBO's THE SOPRANOS for its 3rd season back in the 1990s.  I still get residuals.  They're small, often under $5.00.  But I still get them nevertheless for that union job. 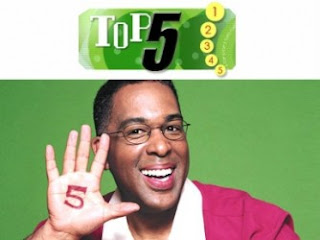 Here's another thing about my that non-union TV host job of mine on national TV.  Usually, when you have a steady job, you get paid of every two weeks.  For that non-union job, I was under contract.  And I was lucky if I got paid every two months.  I did on-camera or voice-over work for the show every week, but I never knew when I'd get my paycheck.  At one point, I waited six months for a paycheck.  Six months.  That certainly would not have happened with a SAG-AFTRA union job.  The union would've been on them like white on rice.

A great network with an executive team to match here in New York City where I did all the production, but bad payment practices from the corporate office in Tennessee.

And that is why today, I do not accept non-union work in my chosen profession.  I love being a member of SAG-AFTRA.  It's so soothing on the nerves.