I didn't think THE SOCIAL NETWORK was a great movie.  Good, but not great. But I did feel that it was pretty great to watch actor Andrew Garfield.  Tall, jackknife slim, dark-haired and blessed with a soulful face that the camera loves, he's an actor who deserves that one quality film to give his career the electric charge it deserves.  That quality film may be released this year.  Based on a true story, Andrew Garfield plays the lead character in a WWII drama called HACKSAW RIDGE.  I saw the trailer at a cineplex and it was one of those coming attraction previews that made you say to yourself, "That movie looks pretty good." 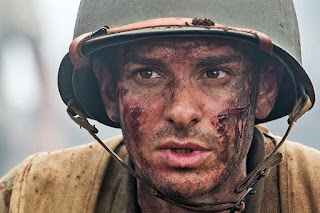 During the trailer, I said to myself "That's the Mel Gibson movie!"  There was a time when you would have seen or heard the words "Directed by Mel Gibson," the actor who won a Best Director Oscar for BRAVEHEART.  BRAVEHEART also took the Oscar for Best Picture of 1995.  Gibson was a blazing hot action movie star.  Then he became an Oscar winning director.  And had box office champions in his credits as director.  His 2004 biblical tale, THE PASSION OF THE CHRIST made Jesus a top man with moviegoers.  It was a major moneymaker for director Gibson.

Mel Gibson's name is neither mentioned nor seen in the HACKSAW RIDGE trailer. 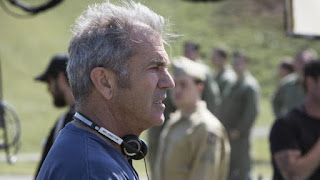 I want to see HACKSAW RIDGE to test my own sense of fairness.  Can I separate the Gibson's past mistakes from his current film and give it an honest review? Click on this link to see the trailer:  https://youtu.be/sslCRVx7nPQ.

When I had my 30 minute weeknight celebrity talk show on VH1, Mel Gibson was my sole guest for a whole show.  LETHAL WEAPON was a box office blockbuster for 1987.  He was on my show promoting 1988's TEQUILA SUNRISE.  He was funny, charming, forthright, relaxed and appreciative.  A joy to have in the studio.  He posed for photos with folks on the staff and signed autographs.  My second interview of him took place in 1997 when he was top international star and Oscar winner.  And he'd changed. He was arrogant and disinterested.  Not just to me.  I saw other interviewers be subjected to his pompous manner.  He was promoting CONSPIRACY THEORY.  His arrogance came through in the interview.  I was assigned a third interview of him.  He was promoting 1998's LETHAL WEAPON 4.  By that time, I had no desire to interview him at all.  But I had to for work.  I really wanted to just slap him repeatedly like he was the Faye Dunaway character in the last 15 minutes of CHINATOWN.  The actor/director irritated a couple of network entertainment reporter buddies of mine.  Both are true gentlemen.  So, I didn't take Gibson's bad manners personally.

By this time, Mel Gibson had made entertainment news with some usual behavior.  For instance, saying that no one would ever mistake him for being gay because he was too masculine and didn't "look" gay.  Then there were the stories of his drinking.  And the reports of his costly divorce, his ignorant comments about Mexicans and his angry anti-Semitic statements.  The once-hot Mel Gibson was given the deep freeze by Hollywood -- especially after his anti-Semitic statements.

There was a time when the opening of a big Mel Gibson action movie was the lead story in entertainment news.  Did you hear about his big 2012 action movie, GET THE GRINGO?  No.  That's because Hollywood kicked it to the curb theatrically.  It didn't open nationwide in theaters like his action movies used to open.  It pretty much went straight to DirecTV. 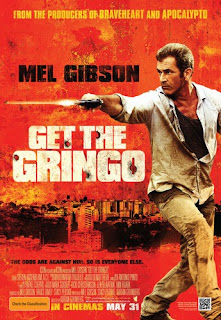 Reportedly, Gibson has worked to get control of his personal demons.  I want to see HACKSAW RIDGE mainly because I like Andrew Garfield.  If I had an opportunity to interview Mel Gibson this year for a few minutes about the film, would I take the opportunity?  I think I would.  I'd be interested to see if I noticed a change in him.  A change for the better.  I'd like to see if I could put his past behind me and give him a fair shot, another chance. I do hope HACKSAW RIDGE does good things for Andrew Garfield.  I'm interested to see how the studio handles its promotion and publicity.  Will today's Mel play nice with the press? 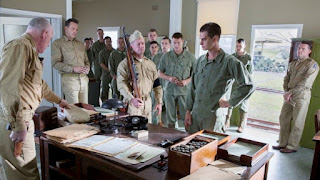 Hollywood will give us yet another remake of 1937's classic A STAR IS BORN.  To me, I don't think anyone could top the Judy Garland & James Mason remake from George Cukor in 1954.  It's brilliant.  Bradley Cooper and Lady Gaga will be in the third remake.  The second remake starred La Streisand in 1975.

When casting news broke regarding Cooper and Gaga, I said that Mel Gibson would be a perfect new Norman Maine.  And, as we are in new century, the new remake should be anchored in a same-sex Hollywood love story.  Have Mel Gibson as a boozing, fading action movie star who discovers and falls in love with a new action movie stuntman who's new acting career will eclipse Maine's flickering stardom.  My buddy, author and film historian Ed Sikov, suggested that the new Hollywood discovery should be called Victor Lester (instead of Vicki Lester) and he should by played by Channing Tatum.  Yes!

I'd pay to see that in a heartbeat.  And it sure would be a heck of a lot more interesting than the sequel to MAGIC MIKE.

HACKSAW RIDGE opens in November.  Reportedly, Gibson is working on a sequel to THE PASSION OF CHRIST.  That religious take he directed netted $611 million internationally.  The sequel will focus on The Resurrection.