On THE MODEL AND THE MARRIAGE BROKER

Middle-aged actress Thelma Ritter was movie gold.  She could make a good movie even better with her supporting role wit, wisdom and wisecracks.  Just look at Miracle on 34th Street (1947), A Letter to Three Wives (1949), All About Eve (1950), The Mating Season (1951), Rear Window (1954) and the Fred Astaire musical Daddy Long Legs (1955).  No one played a working class New Yorker like Thelma Ritter, the kind of New Yorker you wanted to have as a friend.  She was nominated for the Best Supporting Actress Oscar six times but never won.  She did, however, win a big place in our hearts.  Renowned director George Cukor gave Ritter one of her few lead roles in a film.  In 1951's The Model and the Marriage Broker, she's the marriage broker.  This comedy/drama is a must-see for Thelma Ritter fans.  The model is played by gorgeous Jeanne Crain. 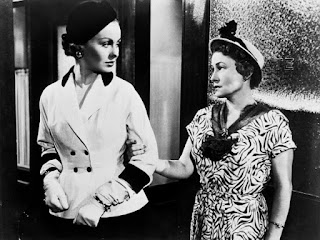 Cukor seemed to bloom and thrive in the creative soil of a Hollywood studio with a lush budget.  In such a setting, he gained the reputation as a director who had the gift for getting some of the best performances actresses gave in their Hollywood film careers.  At MGM in the 1930s to 1940, look at Jean Harlow in Dinner at Eight (1933), Norma Shearer in Romeo and Juliet (1936), Greta Garbo in Camille (1936), Norma Shearer, Joan Crawford and Rosalind Russell in The Women (1939), Katharine Hepburn in The Philadelphia Story (1940) and Ingrid Bergman in Gaslight (1944) -- to name a few.  There were others at other studios.  For Warner Brothers, he directed Judy Garland to a Best Actress Oscar nomination for A Star Is Born (1954) and Audrey Hepburn in My Fair Lady, a musical comedy that won the Oscar for Best Picture of 1964 and got Cukor his only Oscar for Best Director.  Thelma Ritter is in peak form in Cukor's The Model and the Marriage Broker.  The director distilled the essence of the heart, humor and New York street smarts we'd come to expect from a Thelma Ritter character. 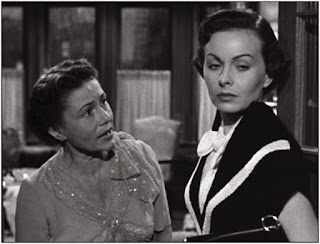 "Lonely?  Shy?  Disappointed?  Tired of being single? See Mae Swasey."  The story starts and we're in my old neighborhood -- on West 23rd Street at Broadway in downtown Manhattan.  A middle-aged woman in an outfit way too low-cut and cutie-pie for her age looks at those words in a newspaper ad as she timidly enters the Flatiron Building.  The plump middle-aged woman is too timid to enter Mae Swasey's office with its door marked Contacts and Contracts.  Feisty Mae runs a legit business.  She's a matchmaker who introduces clients to each other.  Object:  Matrimony.

This little gem was made during what I like to call Cukor's "De Sica Period."  Like Vittorio De Sica in Italy, he made lower-budgeted black and white movies that had a sweet touch of neo-realism about them.  They were set in New York City and focused on working class characters.  Like De Sica, Cukor's vision in these films is that ordinary people are some of the most extraordinary people you'd ever hope to meet.  We see this in two films that starred the incomparable Judy Holliday -- the touching comedy/drama The Marrying Kind (1952) and the satire on reality TV celebrities, It Should Happen To You (1954).  Cukor directed Holliday to a Best Actress Oscar win for 1950's Born Yesterday.  The Model and the Marriage Broker is a look at loneliness in a big city.  I didn't catch that when I was kid and saw this movie frequently on local TV.  I thought it was just fun.  But, through the years, I've grown into the serious theme of it.  I really connected to its theme in the years following my partner's death in 1994.  Despite my career on TV in New York City, one that put me on local and network shows, I didn't meet anyone new who developed a romantic interest in me.  I resorted to online dating.  Or, in my case, online lack of dating.  Now I understand the loneliness Cukor looks at in this movie.  Honestly, it was a jab to the heart and ego to feel that online dating was my only option at middle age.  Notice how often the word "lonely" comes up in the film's dialogue.  In the first ten minutes, a married woman brings her sister-in-law in for Mae's services.  The sister-in-law is tall and skinny, like Olive Oyl in the Popeye cartoons.  And she's no spring chicken.

When the unmarried skinny dame goes to to the ladies' room, her relative and Mae have this exchange.
Bea:  "She's so lonely.  Even though she ought to be used to it by now."
Mae: "Don't kid yourself.  You can get used to being poor.  Guess even blind.  You never get used to being lonely."

That's so true.  Believe me.  And believe Mae.  Later, a good friend will describe her to the model as once having been "the loneliest woman on the face of this earth."  You'd never know it to look at Mae because she's so energetically using each and every angle she can to match clients up with a good mate.  One handsome client was close to saying "I do" but he didn't make it to the altar.  He feels he's not in a position to get married.  Mae shoots back, "Anybody with four pints of blood that can stand on their two feet long enough to say 'I do' is in a position to get married." 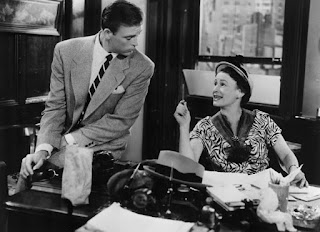 What gives this old movie a contemporary relevance is Cukor's attitude that love is not the sole birthright of the handsome and beautiful.  Look at network shows like The Bachelor and The Bachelorette.  They're stocked with handsome and lovely young people seeking love.  There's no one plain or average looking.  But Plain Janes and Average Joes deserve love too.  However, it may be harder for them to find because we're a society obsessed with looks -- the surface counts for more than substance.

A store fashion model comes into Mae's life and office.  She misplaced her purse and Mae found it.  The model, Kitty Bennett, is on the verge of having an affair with a married man because she's lonely.  Mae takes to her like a daughter and is determined to talk to the model back to her senses and forget the married man.  Mae wants to match her up -- and not for money.  All her manipulation and meddling comes out of kindness and affection.  But when Kitty discovers what Mae does for a living, she's finds it a bit vulgar.  Mae's friend Doberman gives her some NYC realness as he stands next to Mae's file cabinets full of folders on lonely clients:

"Look, you wouldn't know the score.  You got a pretty face.  These people here, they don't have pretty face.  Go ahead, check.  Know what you'll find?  A lot o' plain Janes.  A lot o' guys starting in to get bald, have to be led and pushed around.  Haven't got the guts to say what should come natural to them. Lonely?  Shy?  Sounds kind o' comical when you read it in an ad.  Ain't so comical when it happens to you."

The Model and the Marriage Broker  is a very good movie.  Not excellent.  One of the supporting characters, a Swede played by Frank Fontaine, is a bit too goofy.  Fontaine overdoes the accent and dimwit act.  Fontaine became very popular in the 1960s on a Jackie Gleason weekend TV variety show.  He did sketch comedy and sang.  His character in The Model and the Marriage Broker seems like a TV sketch comedy character.  Others, like Zero Mostel as an optometrist, come off much better. 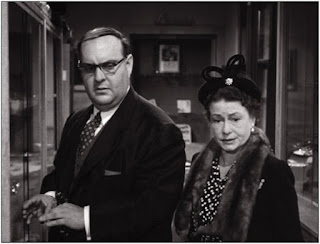 Cukor liked to bring back bit players and supporting actors.  That's evident.  Tommy Noonan had a bit part in Adam's Rib (1949).  You see him in a crowded courtroom scene after the verdict is read.  He has a bit part as a man getting a document notarized by Mae in The Model and the Marriage Broker.  He'd get upgraded to supporting actor and play Danny McGuire, the pianist and friend to Judy Garland as Vicki Lester in A Star Is Born.

Frank Ferguson has a short role as a jerk who mistakes Mae's business for an escort agency.  Ferguson would play the stern judge who sentences Norman Maine to 90 days in jail for drunk driving in Cukor's A Star Is Born. 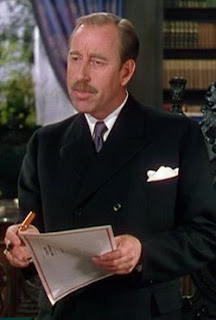 Nancy Kulp would become a TV star as Jane Hathaway on hit sitcom, The Beverly Hillbillies.  She was the reliable bank employee who had a crush on Jethro.  Cukor loved Kulp and also used her in The Marrying Kind.  She was also in A Star Is Born, playing a young mother in a Hollywood boarding house rooftop reunion scene with Judy Garland and James Mason.  But that scene was some of the footage notoriously deleted against Cukor's wishes.  Kulp can be seen briefly in extras about the film's production on the Warner Archive DVD set.  In this photo from The Model and the Marriage Broker, Kulp is on the far right.  At far left, is Dennie Moore as her relative.  Moore played the chatty manicurist who "spills the tea" to Sylvia Fowler in 1939's The Women. 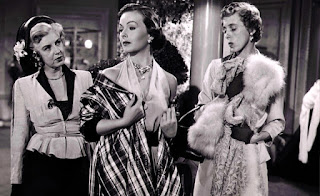 In her first scene at the open of the movie, Kulp's character has a brief breakdown at the reality that love's passed her by.   We loved Kulp on the classic CBS sitcom, but she definitely had dramatic chops too.

Will the model find true love thanks to the marriage broker?  You know she will.  And what once made Mae "the loneliest woman on the face of this earth"?  When Mae fears she's lost Kitty's friendship with all her well-intentioned meddling, the rethinks her matchmaking career and humbly says this to Kitty:  "You were right.  Romance is something that's got to happen to you unexpected, like falling down a manhole."

Only Thelma Ritter could do full justice to a line like that.

The Model and the Marriage Broker shows us different kinds of loneliness.  There are middle-aged, never-been-married plain Janes and Joes.  There's a widow, a widower and a beautiful young woman.  And there's Mae.  Plus, there's the reminder that love is not just for the young and photogenic.  This is a vehicle for Thelma Ritter that she drives like a pro.  The Model and the Marriage Broker is available on DVD.