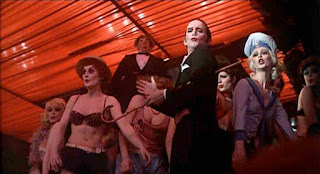 I've got a DVD for you to rent.  Watch it and you learn more about Christopher Isherwood. 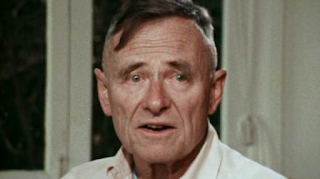 You'll also see the power of love, the power of art and why there was a national cry for equality -- a cry that turned to cheers this summer when same-sex marriage was legalized by the Supreme Court.  On the DVD is a fascinating documentary called CHRIS & DON:  A LOVE STORY.  This 90-minute feature made a few film critics' "Best of 2007" lists.  David Edelstein was so passionate in his praise of it on CBS Sunday Morning that I was compelled to rent it.  That's when the work of film reviewers thrills me -- when they connect you to a work that you might not otherwise have considered watching.  This documentary introduces us to a relationship that lasted through three decades. 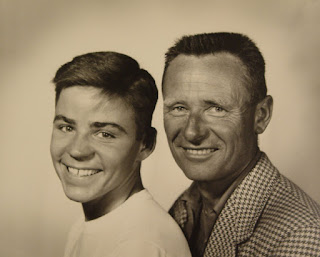 Famous novelist Christopher Isherwood and future portrait artist Don Bachardy met when same-sex marriage would've been a punchline in a play or movie.  Not a legal reality in America.  Theirs was a relationship against a backdrop of art and celebrities.  You'll see Marilyn Monroe, Montgomery Clift, Burt Lancaster, Tennessee Williams, Anna Magnani, Leslie Caron and Liza Minnelli in this documentary.  Minnelli won her Best Actress Oscar for playing Sally Bowles in Bob Fosse's 1972 film adaptation of Cabaret.  But this feature is not all about star sightings.  Chris and Don had a relationship that endured and changed with the changing times.  And with their changing selves. 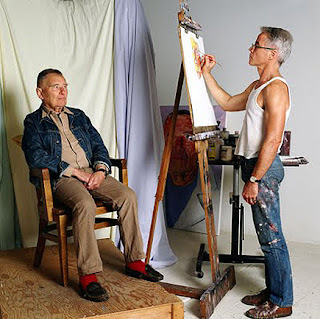 That's what holds your interest.  Their journey together as a couple.  In the 1950s, they were open about their relationship to Hollywood's creative community at a time when actors like Anthony Perkins, Rock Hudson and Tab Hunter couldn't be open about their sexual orientation for fear of losing their careers.  This documentary gently pulls you in as if for a first kiss -- a kiss you've been told you shouldn't desire but one that makes me feel full of light, one that you'll always remember.  Chris and Don remained together "until death do us part." 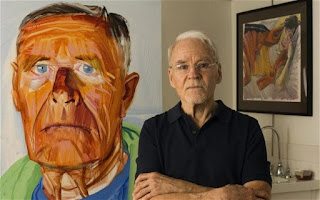 Christopher Isherwood died in 1986 at age 81.  Here's a trailer for the documentary.
Love. Freedom. Identity. Art. Those themes add true colors to this feature.  If you get the DVD, make sure to watch the extras.  Watch the deleted scenes.  They're also quite substantial and revealing.  You may be disappointed in one late movie star, an actor who had a nice number of 1940s classics to his credit.  Chris & Don:  A Love Story can be seen on Amazon Prime Instant Video. 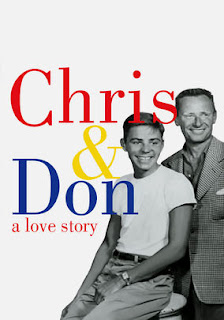 David Edelstein was right.  This was one of the best of 2007.