CASABLANCA is the first film mentioned by many when asked to name a movie starring Ingrid Bergman.  Can you blame them?  The word "iconic" is overused nowadays but that film truly is iconic in the history of Hollywood's golden age of movie studios.  When the camera rests on that face of hers with its natural beauty as Sam plays "As Time Goes By," we watch emotions drift across it.  We feel the melancholy in her heart.  We know how deeply Rick fell in love with her because -- in that moment -- we have fallen in love with her too. 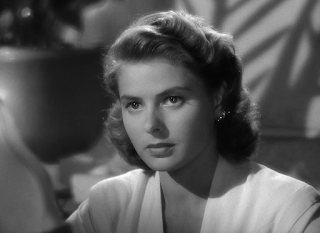 Ingrid Bergman was an extraordinary actress and a passionate, intelligent woman.  I've seen her speak Swedish, German, French and -- of course -- English in her film performances, domestic and foreign.  Aspects of Ingrid Bergman's story came full circle.  She was introduced to American audiences as a piano teacher, a charming young lady who plays classical music and falls in love with a married man who's a famed violinist.  The hit film was 1939's Intermezzo:  A Love Story co-starring Leslie Howard. It was a Hollywood remake of a film Bergman made in Sweden in her native language.  Her final big screen film role brought her a final Best Actress Oscar nomination.  She played a concert pianist in Ingmar Bergman's Autumn Sonata (1978).  She was born in Stockholm, Sweden on August 29th and she died on August 29th of breast cancer when she was only 67.  This weekend marked the centennial of her birth.  She earned a total of 7 Oscar nominations and took home the prize three times.  She was Best Actress for Gaslight (1944),  Anastasia (1956) and Best Supporting Actress for Sidney Lumet's Murder on the Orient Express (1974).  Personally, I think she should've gotten a Best Actress Oscar nomination for her brilliance in Alfred Hitchcock's Notorious (1946).  She's redeemed by love in this thriller in which her character is asked to sacrifice her sexuality for the sake of helping Uncle Sam in a secret mission.  This complicated character was, I bet, more of an acting challenge to play than Ilsa in Casablanca was.  Especially in those days of the Hollywood Production Code.  Movie heroines usually had to be virgins.  They weren't self-loathing women who drank and had numerous love affairs.  Yes.   In my opinion, this performance should've brought Ingrid Bergman another Oscar nomination. 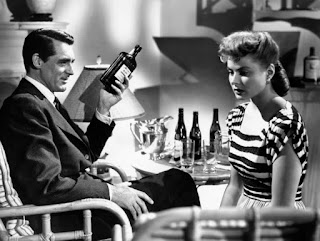 If you've seen her in that Hitchcock classic, you know exactly what I mean.

There are other films of hers not usually mentioned when folks talk or write about her ten most essential film performances that you need to see.  I'd like to recommend five of my not-usually-mentioned Ingrid Bergman favorites that are now available on DVD.

A WOMAN'S FACE (1938):  This is one of the films she made in Sweden before David O. Selznick introduced her to American audiences in Intermezzo.  The Swedish title of this movie is En Kvinnas Ansikte.  George Cukor had the right stuff for directing remakes.  His Holiday (1938) starring Katharine Hepburn and Cary Grant was a remake of a 1930 Holiday starring Mary Astor.  He directed Judy Garland and James Mason to Best Actress and Best Actor nominations in the 1954 remake of the 1937 classic, A Star Is Born.  He directed Ingrid Bergman to an Oscar victory in Gaslight, an MGM remake of a 1940 British film.  George Cukor directed Joan Crawford in MGM's 1941 Hollywood remake of this 1938 Swedish film.  Bergman is not at all like the lovely Ilsa of Casablanca.  She's a tough criminal whose facial scars have hardened her heart. Will a change of the outside change her inside? Only time will tell.  Here's a clip.
The original Swedish version of A Woman's Face is available on Kino. 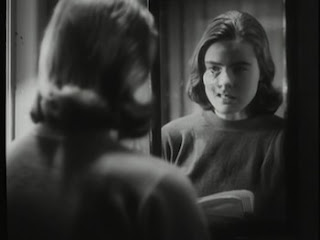 The Ingrid Bergman in Sweden DVD set of three films also includes her 1936 original Swedish version of Intermezzo.  Check out the website:  KinoLorber.com. 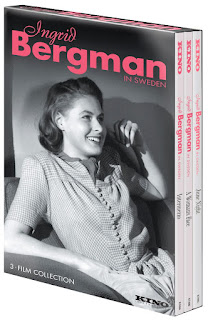 Ingrid Bergman did not get as many comedy scripts as she should have.  Yes, she was a master at dramatic roles but she also had quite a playful side as we saw in films like the 1958 romantic comedy Indiscreet co-starring Cary Grant and 1969 romantic comedy Cactus Flower co-starring Walter Matthau.

ELENA AND HER MEN (1956):  Directed by Jean Renoir and set in the late 1800s, this gives us a saucy and spirited Bergman as a Polish princess having romances in Paris.  One may lead a wealthy suitor proposing marriage.  That's a good thing because the princess' family is broke.  Of course, romantic complications ensue.  Ingrid Bergman looks delicious in this French film. 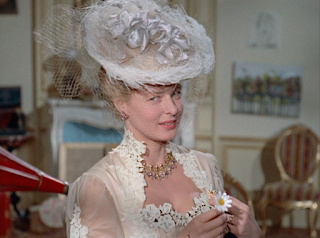 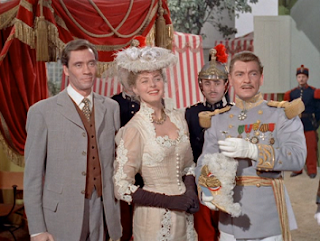 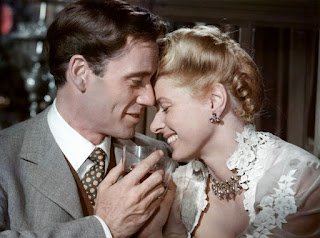 Elena and Her Men co-stars Mel Ferrer and is now available on The Criterion Collection. 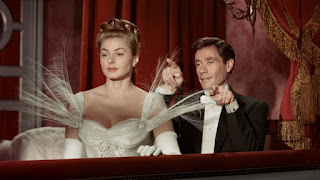 THE VISIT (1964):  This is based on an old play, one that served as the basis for a Broadway musical that starred Chita Rivera this year.  I saw The Visit on CBS when I was a youngster and I was glued to the TV set.  The plot fascinated me.  Bergman plays Karla, an outrageously wealthy woman who returns to the town she had to leave in her youth.  The guy she loved got her pregnant but refused to marry her.  She had to leave the town in shame.  The town is now pretty much a dump.  It's poor and she returns for a visit.  The townspeople think she will financially rejuvenate the town.  Her old lover is still there.  Well, she returns -- looking fabulous -- and will financially help the town...if they will execute the man who jilted her years ago.  This is a tale of greed, revenge and corruption.  You may be able to find it on 20th Century Fox DVD or it may air on the Fox Movie Channel.  Here's a trailer.

THE YELLOW ROLLS-ROYCE (1964):  The imbalance of movies in which in which a younger man falls in love with older woman versus the number of times we've seen older actors opposite much younger leading ladies is still an issue in Hollywood.  Ingrid Bergman was nearly 50 when she made The Yellow Rolls-Royce -- and still lovely.  Her leading man, Omar Sharif, was a younger actor who was fresh off major success and a Best Supporting Actor Oscar nomination for 1962's epic, Lawrence of Arabia.

The Yellow Rolls-Royce is a series of vignettes.  We see what happens when the classic automobile wheels into the lives of three different owners.  The movie has an international cast of stars that includes Bergman, Rex Harrison, Jeanne Moreau, Shirley MacLaine, George C. Scott and Art Carney. In the Ingrid Bergman and Omar Sharif section, she plays a bossy and chatty American widow on holiday in Europe.  The year is 1941 and Nazis are gobbling up Europe.  Sharif plays Davich, a resistance fighter who takes her Roll-Royce to sneak into Yugoslavia and escape the Nazis.  At first, you think this woman with the fury little dog is just a rich American dame who's clueless as to what drama is seizing Europe.  But watch.  Davich is surprised at her strength and wit.  Gerda (Bergman) is not a woman who can be stereotyped and defined by her social class. 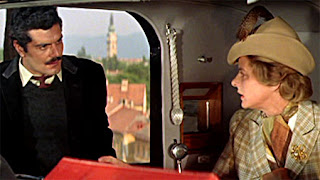 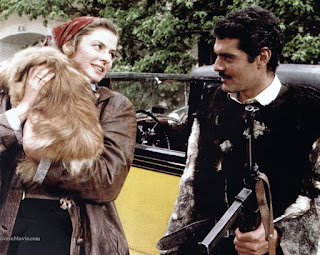 In those dangerous times and in dangerous situations, you see him gradually and quietly start to fall in love with her.  Just like in Casablanca, you see and understand why the man fell in love with this woman.  I totally dig her section of The Yellow Rolls-Royce.

A WOMAN CALLED  GOLDA (1982):  In this TV mini-series, Ingrid Bergman played Golda Meir, called "The Mother of Israel."  Meir was a Russian Jewish activist who lived in Milwaukee, Wisconsin and went on to make history and headlines as Israel's first female Prime Minister.  For this amazing performance, Bergman won an Emmy and a Golden Globe.  Leonard Nimoy, Ned Beatty and Judy Davis co-starred.  Bergman died for months after A Woman Called Golda premiered on American TV. Check Paramount Home Entertainment for the DVD. 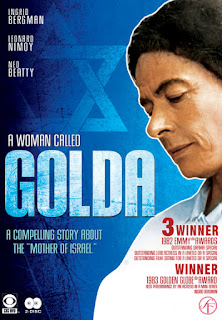 Ingrid Bergman was a unique and gifted actress.  There was and never will be another like her.