Today, if you asked a few network entertainment reporters to name a powerful black person in the movie business, the reporters would probably answer "Tyler Perry."  Let me give you some Hollywood history. Did you know that, back in 1977, a black man helped make Star Wars a box office and pop culture phenomenon for 20th Century Fox? 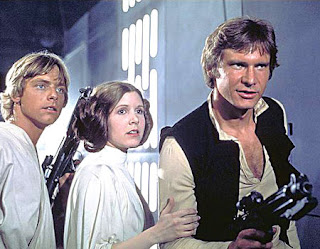 He's the same man who turned around the financial fate of a campy counter-culture musical comedy.  It was a stage hit but the 1975 movie version was pretty much dead at the box office.  He came up with the idea of midnight screenings across the country for The Rocky Horror Picture Show and a pop culture weekend youth ritual was born.  Young folks bonded with that "sweet transvestite" and other colorful characters.  The Rocky Horror Picture Show found nocturnal life at the box office. 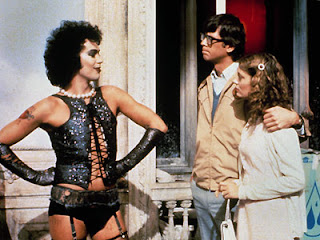 Before those two films, he worked on another movie adaptation of a hit stage musical.  West Side Story won the Academy Award for Best Picture of 1961. 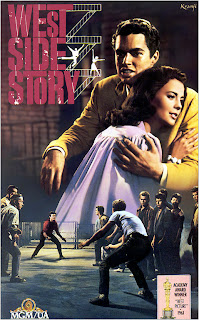 The late Ashley Boone was one of the first black movie executives in Hollywood and one of the most important people in major movie studio marketing and film distribution.  He worked for MGM/UA, Columbia Pictures and -- most notably -- at 20th Century Fox during a very turbulent period in its executive offices.  He was the highest-ranking black executive in Hollywood.  Insiders say Ashley Boone may have even been running 20th Century Fox for a few months.  Entertainment journalist and Turner Classic Movies host  Robert Osborne would have the scoop on that fact.  During Boone's time at Fox, he was the mastermind behind the marketing of Star Wars, The Empire Strikes Back, The Turning Point (Oscar nominee for Best Picture of 1977 along with Star Wars) and Ridley Scott's Alien.  Boone also steered the marketing campaign for another film directed by Ridley Scott -- Thelma & Louise, a film that earned Oscar nominations for Geena Davis and former Rocky Horror Picture Show star, Susan Sarandon (wearing the cool shades). 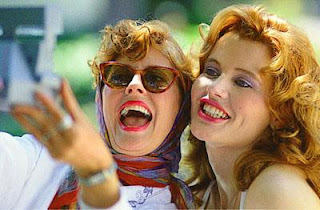 I first became aware of Ashley Boone in the first years of my TV career.  During the early 1980s, I was in Hollywood taping celebrity interviews thanks to movie junkets for entertainment press.  One of the cameramen told me I resembled Boone somewhat.  Was it a compliment?  I didn't know who Ashley Boone was.  The cameraman and a couple of other crew members spoke warmly and respectfully of Boone.  They told me he was someone whose history I should know because he'd broken through color barriers.  And those were white guys telling me that.  Apparently Mr. Boone was not the kind of man to seek the Hollywood spotlight. He just did his work. He did it brilliantly.  His sister, Cheryl Boone Isaacs, has years of being a respected executive on the Paramount lot to her credit.  Hollywood knew Cheryl and Ashley as the first brother and sister to serve as governors of the Academy of Motion Picture Arts and Sciences.  They were definitely the first black brother and sister to serve concurrently as governors, that's for sure. 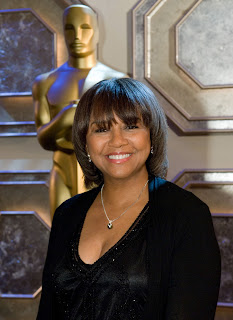 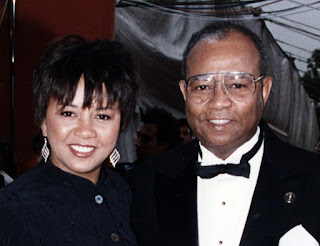 Why is this significant?  We're over ten years into the 21st Century.  It's still rare to see African-American film critics on network TV news programs.  Black folks are rarely, if ever, seen in the kind of regular film host/interviewer spot that renowned gents like Robert Osborne and James Lipton did.  If you see a TV show or film in which a character is a top Hollywood movie executive, how often is an African-American actor in that role?  I think you get my point.  Chariots of Fire was another film Mr. Boone helped put on the Oscar track.  It won the Academy Award for Best Picture of 1981.  He taught at USC Film School.  Ashley Boone was stricken with pancreatic cancer.  He passed away in 1994 at age 55.  He opened some big doors for a lot of people, black and white, male and female.  Ashley Boone, "The force will be with you, always."